UPDATE: Some have requested a separate post for BHRR’s Sambuca’s current status.

As per a previous post, he bloated Wednesday night.

At the present, he is eating and drinking small amounts every 2.5 hours and is urinating well. He had his first bowel movement late last night since his bloat. He can get up and while somewhat wobbly, gets a tiny bit of walking every few hours too.

He was making steady improvement throughout yesterday plus early evening and then he had a set back late last night with him back to bringing up more white foam.

He is on meds to help with nausea & pain.

He has had as good as of night as could be expected and today while I as working, Sean was with him and BHRR’s Sambuca first refused to eat/drink for Sean. Yet, around 9:30 AM, he decided that it was ok and has since had two more small amounts of food and drank some.

I am now home and he has had a bit more water to drink and he is far more alert and even more happy to see me than he was when I arrived home last night after BHRR’s Navy’s Vet Appointment. Yay!

While this improvement is positive and great to witness, his age of 10+ years is not to his benefit, having a poorer vascular system than a much younger dog. We remain optimistic!

Yet, he has more than beaten the odds to date and he is stronger than he once was!

For those ‘chiding’ me saying I should have posted asking for donations, thank you deeply for caring yet I do stand by the post I did make that I do not want anyone to feel that we were always begging for donations for him.

His Comfort Angels have done so much for him to date and I am humbled by that support.

Additionally, to those who pointed out that I should be leaving it up to people to decide for themselves if they want to donate or not; I have heard you!

Here is the information if anyone does wish to donate to his continued care. Anyone who has ever had to deal with a bloat, well understands the several thousands of dollars it can cost.

He is presently under the care of Kanata Animal Hospital:
613-836-2848
They will take credit card over the phone or debit/credit card & cash in person. He has his own account there under ‘Sambuca’, under the Birch Haven Rescue Account.

OR
via email transfer to gwen@birchhaven.org

OR
via PayPal to gwen@birchhaven.org

Yet, never do I want anyone feeling obligated or pressured to make a donation.

BHRR does not receive any corporate or government funding nor do we have any sponsors and BHRR operates mainly from the pockets of Sean & I.

BHRR’s Sambuca says that well wishes are equally important and thanks all of his Angel Network for the love….. 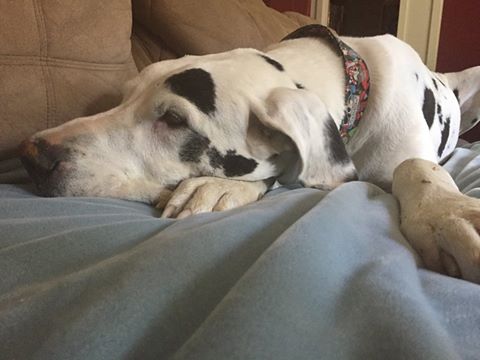