Introducing BHRR's Riot – OMG! He is lovely!! His personality is not one of terror or being catatonic at all. He is a goofy, pushy, no manners, loveable, happy tail whacking, affectionate, barky hunk of love! 🙂
He weighed just over 42 KGs and, though, he is quite skinny, border emaciated and, he will fill out in time. Proper nutrition, exercise and keeping him growing nice and slow will assist.
He has a slightly raw right back foot and, we did a thorough exam and normal temp, lungs are clear and, as he is doing some snot flinging plus coughing, he will remain on Doxy for at least another week. He does not have pneumonia at this time.
His coat needs a good washing and grooming as it has dander plus dead hair yet, he is almost quite silver in areas on his body. Not a true steel blue GD.
He had a manicure plus pedicure and, he is playful, mouthy, jumps and, is almost borderline rude with his lack of manners. He will bark for negative seeking attention behaviour also.
Welcome to Gwennie's Boot Camp!
I would say around 12 months of age and, he does have some tartar on those teeth. Nothing that is urgent to address while at BHRR.
Karen said that loud noises tended to set him off with some barking also.
I can already tell that he is going to be a riot!!
When he is healthy, we will do his vaccines.
This boy is 100% awesome already and, in five weeks or so, he should have no issues making his special announcement!
Welcome to BHRR MR. Xl
Thank you again Karen!! You are a transporter angel!!
In the second photo, you can see his hip bones more than you like and, the lighting / his blue coat does not show just how ribby he is yet, as mentioned above, a bit skinny, yet, no longer anorexic like he was at the shelter and, not emaciated. 🙂 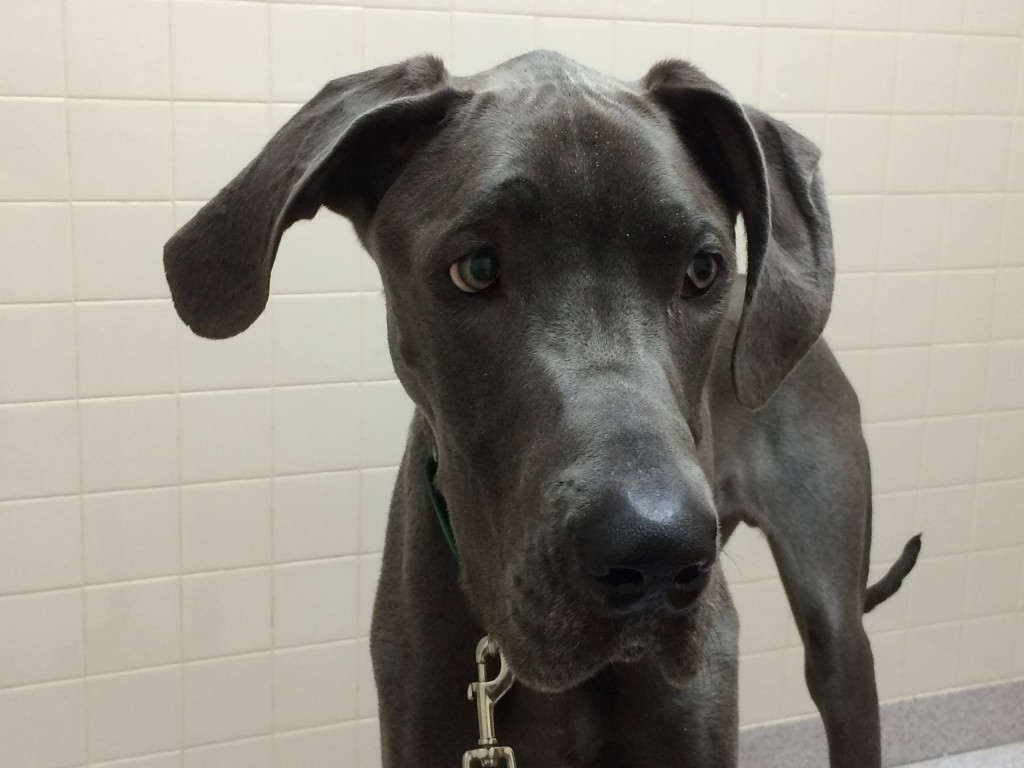 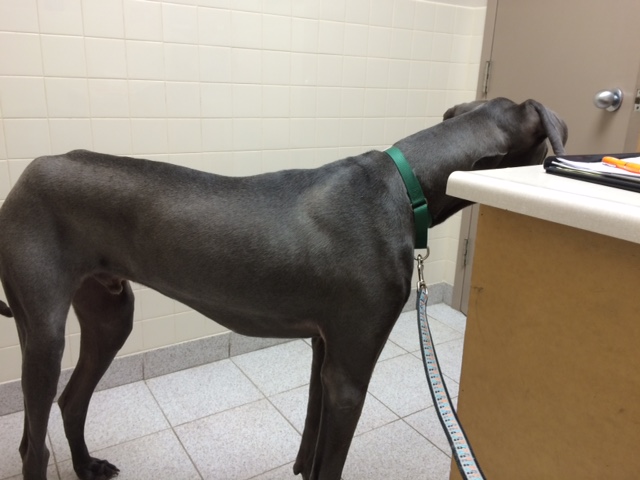