BHRR's Beau's neuter went well. His weight was 37.10 KGs(81.62 pounds), so a slight gain. He most likely actually has put on more yet with all the hair and matts that were taken off him while he was under; that added up to quite the poundage! HE looks so much better and every night, I am able to groom him a bit to pull more and more out of him.

He had a really great mani/pedi while he was under too. 😀

He is doing so well! He was calm, accepting and quite open to the attention given to him at the Hospital. YAY!

After only one accident in the house, he has been completely fine and also proven to be 100% trustworthy. I crate him at night still as he is learning that his own company is ok and that he does not need to rely on his sister to be there and stand up for him. They still like to flop and drop together yet both happily go into separate crates at night and settle down beautifully. I have not heard a bark or peep out of this boy since that first 48 hours. He is the 'strong silent' type now! 🙂

HE LOVES kids and all the dogs here and is a great car traveller. We are working on leash manners and his 'sit' is quite solid now.

We did not go on our 'date' last Thursday as the temps were close to 115 and we shall still have our date on Monday with Volunteers.

I would say that within a month, this fast becoming outwardly happy boy is going to be ready for adoption! Fast flightly movements make him unsure and loud noises but HUGE progress in such a short time!!!

He is healthy, becoming so much more comfortable and confident in his own skin and SOOOOOOOOOOO handsome underneathe all the hair, matts and dirt he had! 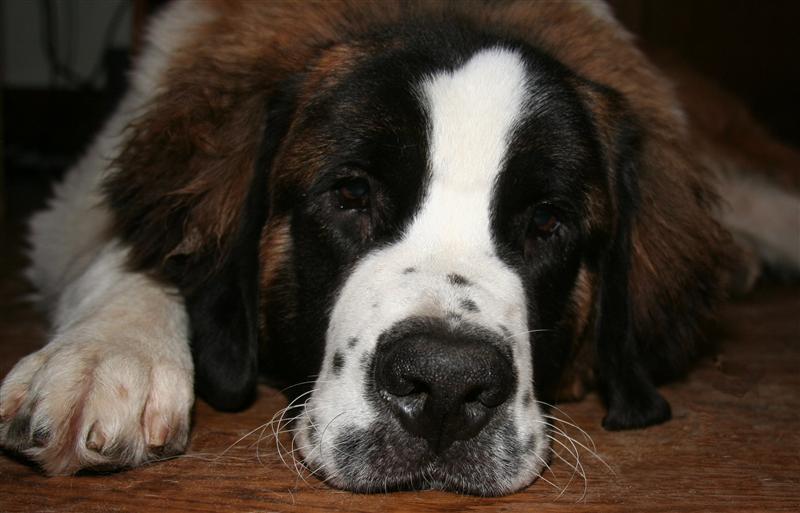