Time for some BHRR Traditional XMAS Eve Photos!
This year we did it on December 25th yet, close enough!
This is BHRR’s Gravel!!!
He will turn 11 years young in April 2022.
Can you believe that this was the Dane that no one could touch back in 2017 and was slated for euthanasia at the pound?!
He was so stressed and confused, the poor Dane.
What I have posted before re: Mr. Gravel:
This boy had been dumped over 4.5 years ago in a high kill shelter – emaciated, undersocialised and terrified. He was dumped as the home has kids.
He had four days in which to get out and we were contacted to assist. Unfortunately, as transport was being organized, he was so scared that no one could get near him…..the shelter said that they had been ‘poling’ him to get him to where they needed him to go.
I will be forever grateful to Danya, the original person who reached out to us for assistance who dropped everything at her work nearby the shelter and with the assistance of cheeseburgers; managed to get him leashed – he was beyond reactive at this time.
The transport was quickly re-arranged and Daniele(just one driver) drove all the way from the shelter to KAH where I had an appointment set up for him to be seen.
If he had not gotten out of the shelter that day, the shelter made it clear that this was his last day and would be ‘destroyed.’
He is such a wonderful boy…..just lovely! He loves young teenage girls the best!
Thank you for blessing our hearts and home Mr. Gravel! You are an incredible Dane and as promised you will never know another day of fear, an empty stomach nor hurtful hands, etc.
You are safe, happy & still remarkably healthy!
Thank you also to Kendel, Dawkin & Tyler for being his special SS this year. 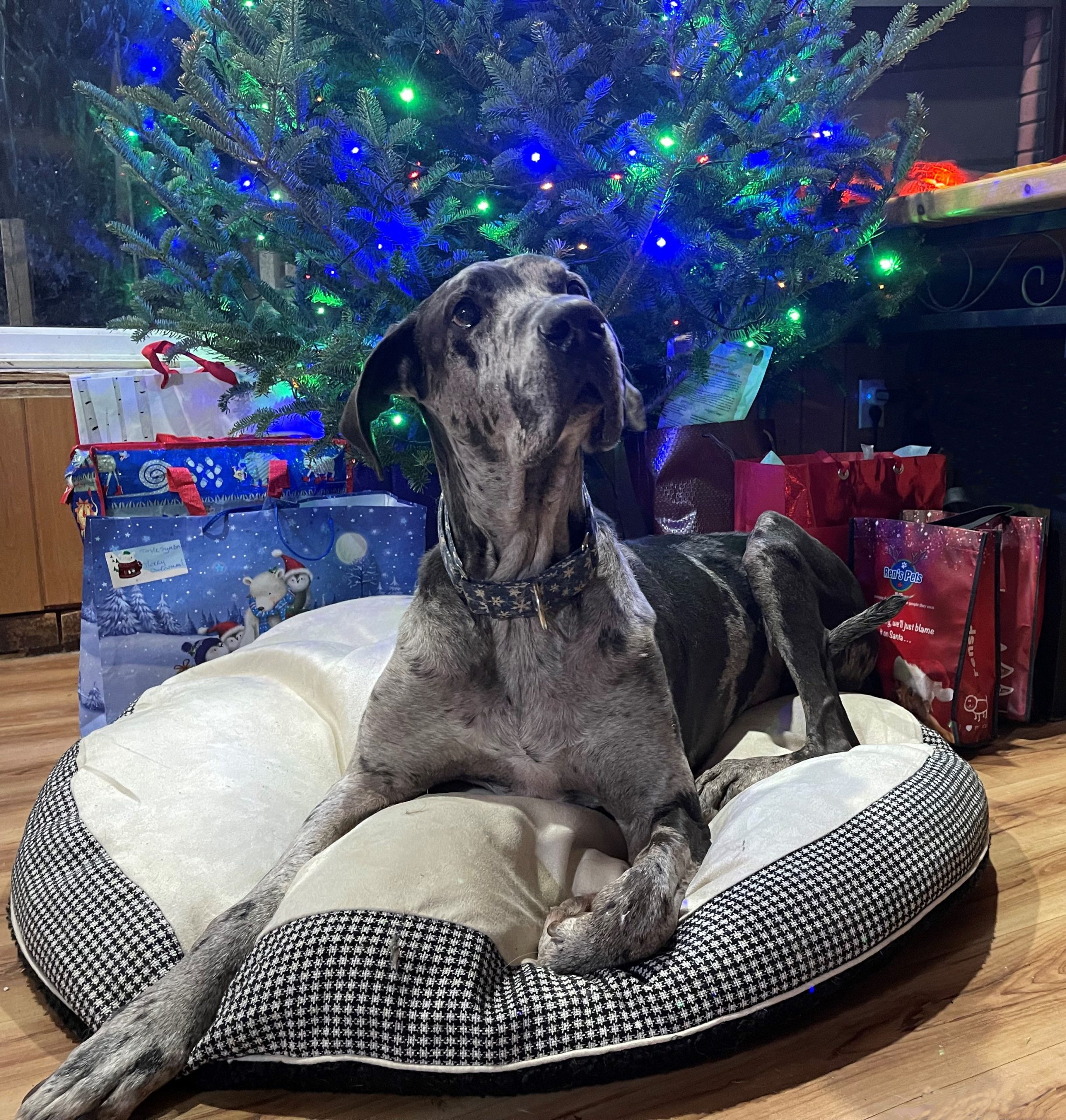