This handsome man is with me at work today!

He is being such a good boy.

As several are aware that day he arrived, he was seen by one of our Vets and had a quick assessment. With how stressed he was, we did not weigh him, only gave him Rabies and the Vet had noted a heart murmur, which we agreed to assess again in a few weeks after he settled in. The Vet also had a brief look at his ears and it was also agreed to wait until his next visit to see how they were progressing as they were quite red and irritated.

Today, he saw another Vet and they concur that he has a heart murmur that while it is heard on both sides, it is stronger on the left.

We did swabs his ears as they remain swollen, red plus pain him and they both contained cocci and yeast. So, we put KT ear treatment in both ears.

We did bloodwork for his heartworm and tick borne disease testing and the results came back negative.

We did his lymes and lepto vaccines plus he had a booster of the DHPP.

The recommendation at this time is for him to be seen by a cardiologist and we will do a referral.

Behaviourally, he is still reactive to strange people and dogs and with people he is now barking in more of a friendly unsure way over a ‘please stay away as I am worried you may hurt me’ way.

Dogs can still terrify him too and he remains reactive yet, is beginning to be a bit more curious. He has been completely fine with both of my own male Irish Wolfhounds and is indifferent to BHRR’s Freddie. BHRR’s Miss Lily is a dog that he is still trying to figure out and he goes from being worried to curious and you can see that he is working on that courage!

He is very vocal when he first sees me or when it is feeding time and we are working on the passively ignoring so this display of inappropriate attention seeking behaviour dissipates.

He is so affectionate and playful and if you just give him some time to settle, he really is precious!

We can also tell that he has been used to ‘tossing his weight’ around to either get his way or to avoid having to do something and we continue to work on those manners!

Leash manners are coming slow and sure!!

I really am so smitten with him AND the really amazing thing he did today too was to give blood whereby the serum is going to be used to help another dog in another Rescue. WTG! rockstar!

If you did not know, Danes are universal blood donors and BHRR’s Caramel, you are a hero!!! Lifesaving!

We shall be back to see the Vet in 3 weeks and will discuss more re: possible allergy meds and I will be working on switching him over to a fish based only food – also being mindful of his GI issues – as we believe he has food allergies and quite possibly seasonal too. He is presently on a chicken, turkey and herring based food and we will start a slow gradual transition off of it. 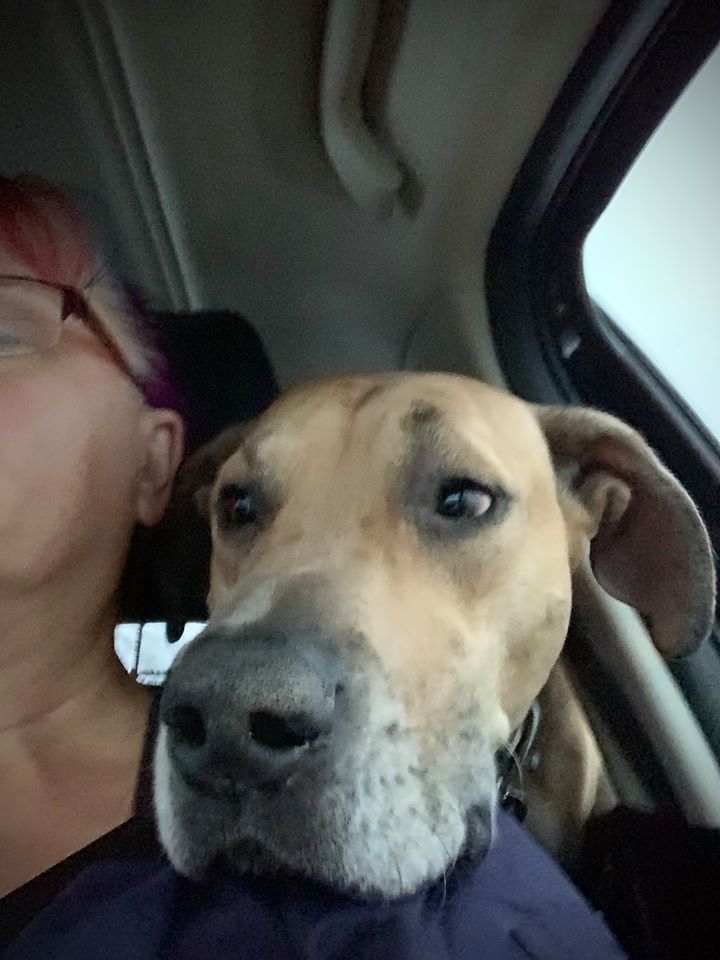