He had a busy day today!

We were off to Liston Animal Hospital for repeat x-rays and an exam and his back leg was re-splinted/re-casted.

He weighed 9.4 kgs(20.68 pounds) and while still quite skinny, much better than when he first arrived December 23rd.

The splint/cast that had been placed on his leg on December 9th – was never changed weekly before he arrived in our care – was noted to have not been in the right position and also as a growing puppy, some concern over it.

Once removed, we were so fortunate not to find any pressure sores or other bandage/splint complications.

His ankle joint is quite stiff from the wrong placement of the splint and Dr. Liston with massage and manipulation was able to get it to bend. BHRR’s Booker was so brave!

Repeat x-rays were done and due to the original splint, the alignment of his bones were not perfectly straight and as a result, he has some ‘bowing’ in that leg. There is clear calcification going on as the bones are healing and he may always have some permanent bowing in that leg.

X-rays are now sent off to Dr. Philibert, the ortho specialist to review.

Dr. Liston said that if we had gotten this puppy right when the break had happened – December 8th – a much better surgical candidate he would have been – screws/plates etc. AND we knew this already – yet with us not getting him until we did, we shall have to wait and see what Dr. Philibert says.

Being young is in his big benefit and for now in our care we will be re-splinting/casting on a regular schedule!

After we left LAH – we left them a thank you card and some famous homemade Boerskins Cinnamon Buns, we headed to KAH for a fun visit and thanks Allison again for the nail trim and to also drop off cinnamon buns to our wonderful friends there! ??

He had such a great experience! When he first arrived to BHRR, he was nervous of people and since his arrival we have been having people hold and squish and love on him!

In this picture, he is helping Becca, who works at LAH and is awesomeness personified, make his next appointment! He will be going in weekly for progress exams, re-splinting/casting and to be spoiled! ?

I am so grateful to so many that stand by our dogs and are so open to holding, petting, talking to them, offering them treats and helping us to make these dogs the best dogs they can be! We work hard to make them as well rounded and balanced as possible! We cannot do what we do without such strong links on our ‘CHAIN OF SUCCESS’! ??

Donations can be made via: 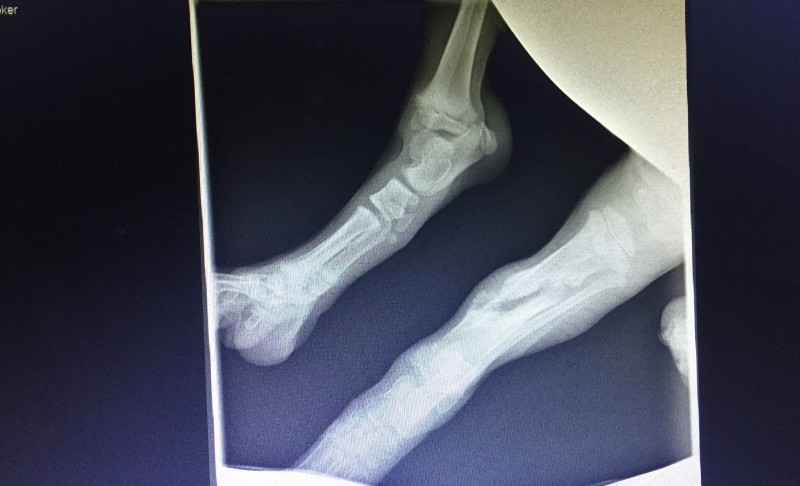 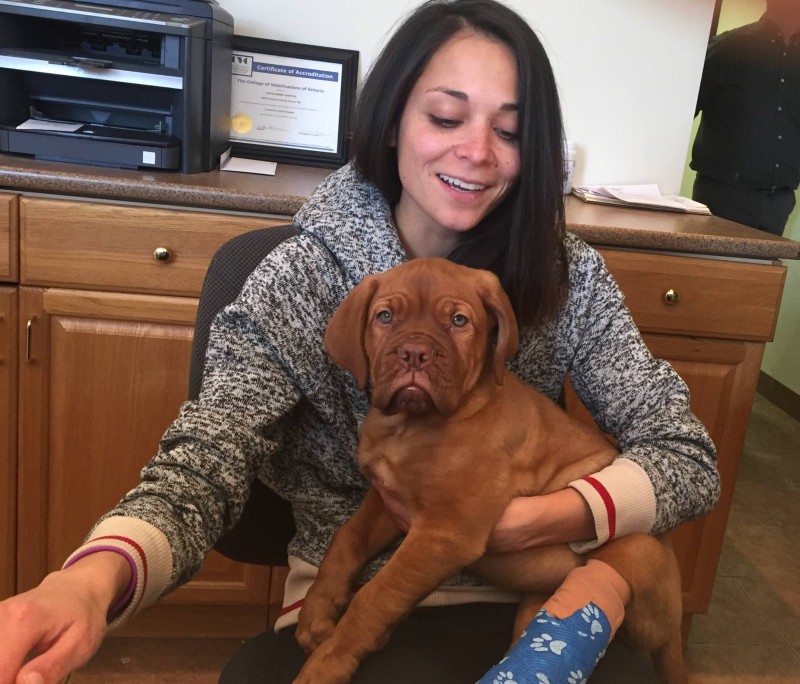