BHRR’s Albert has arrived and I have added 8 pictures to his slideshow from today. He has such a ‘junkyard’ ear crop, the dear sweet old man. 🙁 He had his nails trimmed and considering that he had not had this done his whole life; he was really good and I got more off than I thought I could. He had a bath yet will need more for he was so smelly(he also pooped in the crate that his transporter had him in) and poor Mason and I drove home with our windows open for poor BHRR’s Albert was the worst smelling rescue we have had in a long time. My heart went out to him. 😥 Sean calls him ‘Mr. Mazda’ and his sole goal is to ‘mate’ with every animal he can find. He is a ‘tiger brindle’ Great Dane and I love love love the white that age has brought upon his face and coat. He is so handsome! He has been successful integrated with BHRR’s Dana, BHRR’s Shiva, Cherokee, BHRR’s Potter(who is not too impressed to be thought of as a girl by BHRR’s Albert) and our Kona. He is quite submissive at this time yet very persistent in wanting to breed. Not surprising considering his history. He has a skin tag that I shall also be removing, full of pressure sores, callouses and he has another growth like tumour that I will also biopsy on his one front leg. I have yet to get in his mouth and I have put him on Sentinel plus am deworming him. He is lacking complete muscle tone in his hind end, has something really wrong with that right back hock and foot(more so than the left hind leg) and has no clue about love, play or affection in interacting with humans. He had no name his whole life. 🙁 Well, NOW he has an identity and we will work on the rest. TONIGHT, he shall sleep on his first soft bed in almost 7 years of living, he has had something small to eat and he has drank some and puked it all up and we so look forward to getting to know you! His intergration with the rest of the males here shall be very slow. He has already poooped and raised his leg to pee on our dining room table and let the housebreaking begin! When I first saw BHRR’s Albert in his crate on the back of the open flatbed truck; he ‘had me at hello’ as it is said. I looked into his slightly cloudy eyes and just wanted to scoop him up and hold him close to my heart. He walks so slouched and obviously has been kept quite confined. He is slightly nervous of Sean, ‘flighty’ and we have a long way to go. I will draw blood tomorrow and have Sean bring it in to do a full CBC on him plus a HWT and also a stool sample. His overall body weight is not too bad. A little thin yet he also has ‘old man spread’ as I call it and with some proper exercise, he should tone up much better. His hips are not as bad as they could be and right now he is quite emotionally ‘shut down’; which has allowed me to get those nails plus bath done and after a battle of wills, I won and he was showered and so was I a bit 😛 and then after another slight struggle, into a crate he went, had a snack and had a bit of a rest. He has had so much excitement since he arrived and I am sure he will konk out for the night really well. I think he feels like he is in spayed harem heaven right now with the altered females here! Unfortunately, none of the girls are putting him in his place, so he continues to want to hump them and yes, poor Potter who is quite vocal in expressing himself about how he feels about this kind of attention. The spray bottles are out in full force as we work on de-programming him and neutering him is going to help. He is going to make a home a great companion and this is one of those dogs that we would consider in an apartment(no stairs) for he is just quite mellow. He is most taken with BHRR’s Dana, much to her chagrin and giving her full credit, she is handling him and herself beautifully. I do wonder if he shall ever be able to stand completely upright with that poor hind end of his. 🙁 I have added to pictures of BHRR’ Albert below. HOW could anyone say that a dog like BHRR’s Albert is not worth assisting truly is a loss to me and how could someone say that he is any less deserving of having funds donated than any other dog in our program is a bit shameful. He needs just as much help, if not more than many dogs out there and I hope that people will continue to donate so that BHRR will be able to help many more ‘Alberts’ out in the world for there are thousands of them in need of reputable/quality rescuing. 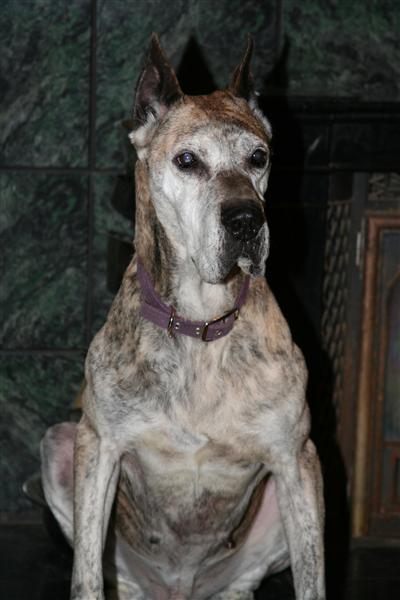 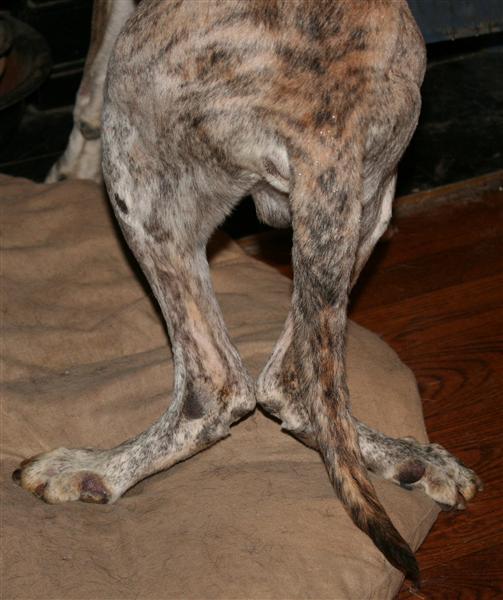