BHRR's Freedom was dropped of at KAH yesterday as the one wound on his shoulder(the one that everyone, us included, felt would heal very well out of all of them!) was not healing well.

If did not help that he would scratch at it while it was trying to heal and pulled the sutures out and even though he had a sock and shirt on, he was still managed to cause more trauma.

The antibiotics just could not stay on top of it either and I wanted a re-check, new the edges would need to be debrided and the wound flushed. As to whether it needed to be re-sutured, that would have to be decided by his Vet once they were able to get a much closer look at it after the debriding. It was granulating quite nicely under the top layer of pulled sutures and edges of dead tissue.

He was so well loved by everyone! They kept making comments about how nice and obedient he was and sweet plus how large his feet were! 😀

I have photos after his wound was taken care of, no sutures were decided to be needed and it looks FANTASTIC!

Her was still very nervous of the world YET, miles away from where he was upon first arriving to BHRR.

I really am touched immensely by this boy………very much….

He shall remain on antibiotics for another week. 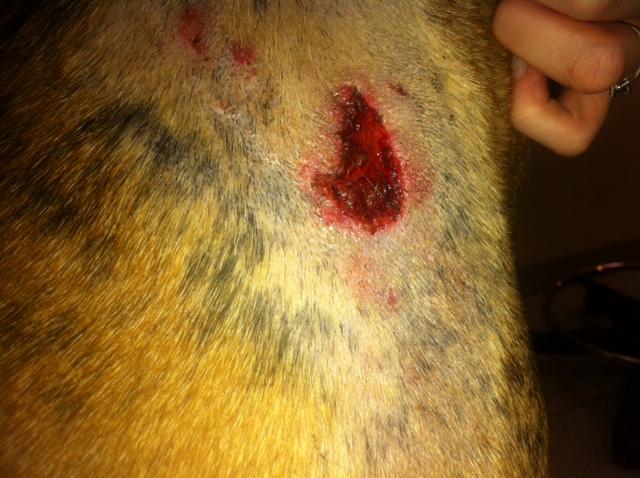 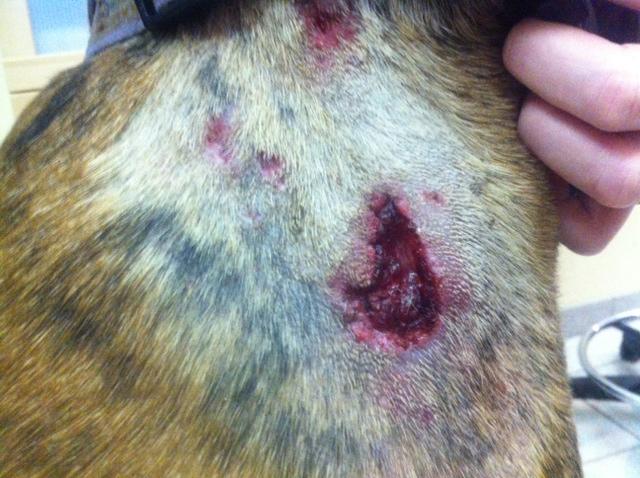