This confirms my fears/worries that she is NOT putting on the weight as she should be. WHY? The question is why…..is it pain? pregnancy? cancer?

So, she had another head to toe exam – lungs and heart sound good – X-rays confirmed no cancer found at this time in the lungs or chest etc., she was sedated to do the x-rays for as good as she is, we also needed to x-ray those knees. She had a Flurorescein eye stain done – conjunctivitis confirmed so on meds and yes, the entropic eyes, to continue with the Clavamox for her UTI, her KC is almost gone(YAY! for some good news for her!), got a much better look in her mouth(dorm/torb is great stuff!

) and nothing appears to be obviously chipped or broken – shall investigate further when she is spayed, she had a manicure/pedicure, FNA – and she is lactating – Colostrum and milk present this week over last and the FNA pulled out milk. Those 'growths/lumps' are actually milk pockets. We are doing slides of them to confirm that we are not looking at anything else too. The strange thing is that the milk pockets are not around the nipples, they are above and this also confused the Vet that saw her last night, same as last week plus myself.

Did she have an re-absorption of a litter? Is this a false pregnancy? She is so emaciated, she cannot handle being spayed now if she was in an early or any stage of pregnancy and she is so young plus her life is at risk if she is pregnant as she is just skin/bones. Is this why she is not having a weight gain? Babies taking all the nourishment?

We x-rayed both knees and it does appear that my concern re: her cruciates is confirmed. It appears that she has two blown cruciates – right worse than the left. I am waiting to receive the x-rays to forward on to Dr. Liston for review. Is is pain that is not enabling her to put on weight? Her hind end is so lacking in muscle and yes, she has muscle in the front end yet, is that also from really compensating to keep a lot of weight off the hind end? Her hips are not great……

She has been de-wormed and is on Revolution and shall be de-wormed again next week and if need be, put back on Metronidazole. Still waiting for fecal sample. Her bw did not indicate parasites and she was proactively/preventatively de-wormed as we do with all the dogs at BHRR.

She shall remain on Deramaxx and she is not a running, crazy girl to begin with, quiet walks and lots of rest as we review with the Vets her next steps. She cannot have any surgery right now though…..and if she does require both cruciates, one shall be done and then another. Per the X-rays, her cruciates have been this way for some time, the poor thing…..

She also had a hard time getting back up after the quick reversal Antisedan was given. Her appointment was at 6:50 PM and I left KAH at almost 9:30 PM last night. Her temperature also dropped….

Her Vet bills to date are close to $3,000 and she needs her fans plus supporters to believe in her and to consider assisting her along her road to health. We may have to do some emergency fundraising for to repair both of those cruciates is giong to be $6,000 if not more.

She will be as much as, if not more to rehab than BHRR's Ava Marie who came into BHRR, who was successfully rehabbed and adopted! 🙂 I believe in her and I am hoping that the community shall as well and help us help her!

Kanata Animal Hospital (613) 836-2848 and they will take Visa, M/C and AMEX over the phone under the account of 'Birch Haven Rescue' for 'Autumn'. They will take Debit or Cash in person at 440 Hazeldean Road in Kanata, Ontario 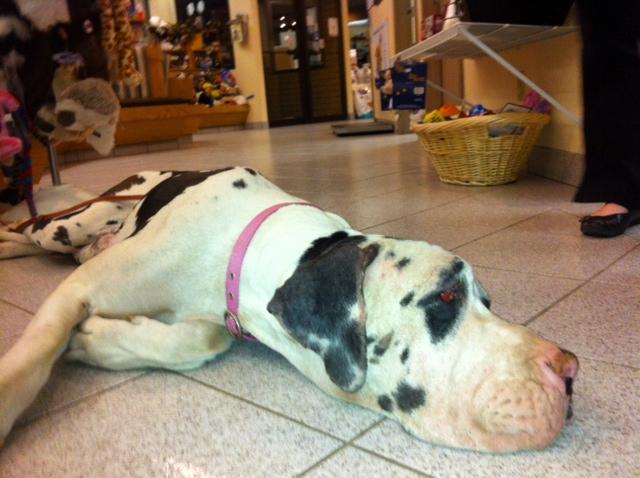 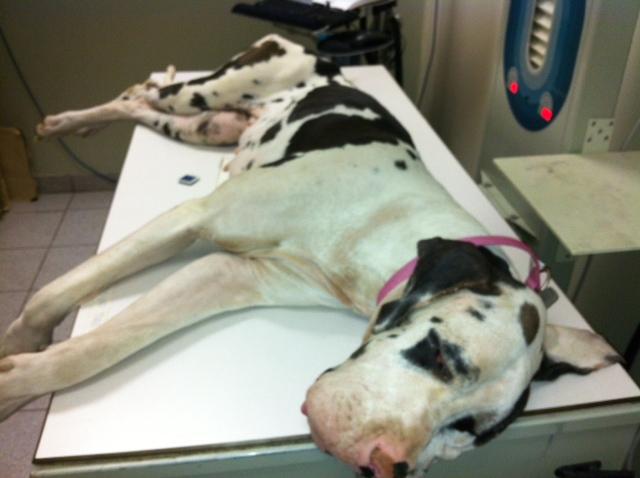 BHRR's Autumn – chiling before her Vet apointment and then on the x-ray table after sedation – October 24th, 2012 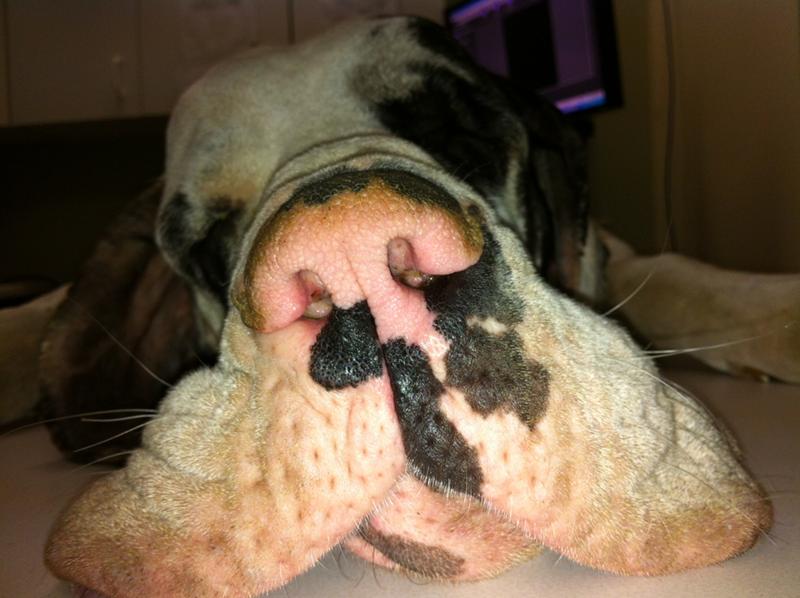 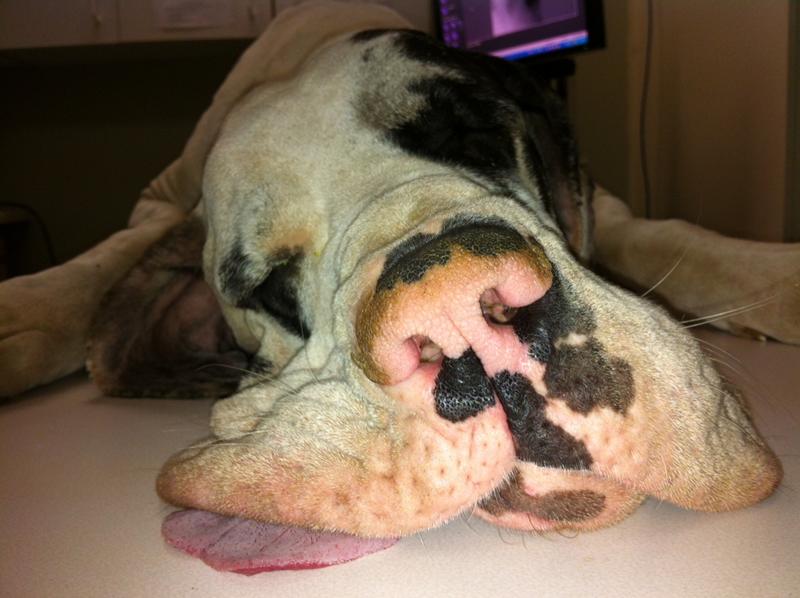