Mr. Parker Paws was neutered on Monday June 15th and he continued to hate the scale when Sean brought him in. Sean also said thought that from the moment he went to take Parker out of the house; he was just a quivering mass. 😥 As far as they have come since I went to Arnprior back in May; and it truly was the best thing possible for them; just as it was with Shiva/Sean last August; Mr. Parker was very insecure about leaving our home and me. When I went to work later that day; Mr. Parker was still a bit off balance from his anaesthetic so I took him out and was able to get him on the scale and though not 100% accurate(he was oozing off the scale & so, I believe he is actually a wee bit more); he is a strong boy and hard to keep still; he weighed 57.8 KGS(127.16 pounds) and that means he has put on 30.16 pounds in the 6 weeks he has been here with us. I still would like to see him around 135 pounds minimally at this time yet that will come and as he matures; put on even more weight. 🙂 His neuter went great. His first bw that I did in May came back with elevated WBC and showed he was anaemic; which was not surprising. I de-wormed him and he was put on Sentinel since his arrival and he began to put on the weight well since then. I had his nails done again while he was being neutered and his feet continue to improve. He is recovering well from his neuter and the challenge is to keep him quiet! He has barely touched his incision and we continue to monitor that closely. We are also working on that ‘gentle’ command with his mouth for he has no concept of how ‘hard’ he can take your hand or arm in affection. NOT a behavour that I wish to encourage at this time. As some have already learnt firsthand; he is called Mr. Parker Paws for a reason. MAN! Can he nail you one with those big clubs in affection! LOL His HWT did come back negative btw. I also wanted to mention back in an earlier update that he did battle a small case of KC shortly after his arrival and thank goodness the ONLY other dog affected and mildly at that; was Hamilton The Newf. Parker continues to have small bouts of ‘reverse’ sneezing though. He gets his whole body into it and several times has taken himself off balance. I am still feeding Parker 4 meals a day and he loves his late night feedings the most. In the AM, he likes to go out; pee and then snuggle and boy, can he snuggle…sigh…WHAT an absolute doll this boy is!!!! I have also invited Chelsea; his original rescuer(the by-law officer) to our next BHRR Mini Open house to come and visit and see how he is faring. I truly hope that she can come soon to see him! Below I am going to post some pictures of his body from May 11th & then from May 21st for comparison. I shall post his June 2nd and even more current photos(I hope to take new one’s later today – June 18th) in another blog for more comparison. I also wish to publicly thank Mary for offering to pay for his microchip at the upcoming July 12th BHRR/KAH Microchip/Nail Trim/BBQ Fundraiser. THANK YOU! For those that have been offering up items for an online auction fundraiser for Mr. Parker; we continue to collect items. We might combine this with our 2009 Online Auction Event later this year for his Vet bills to date have been close to $1,000. I have added slides #25-#50 to his slideshow. The last thing that I shall post on Mr. Parker at this time is that he is now on the last hole on his collar and shall soon need a new one. 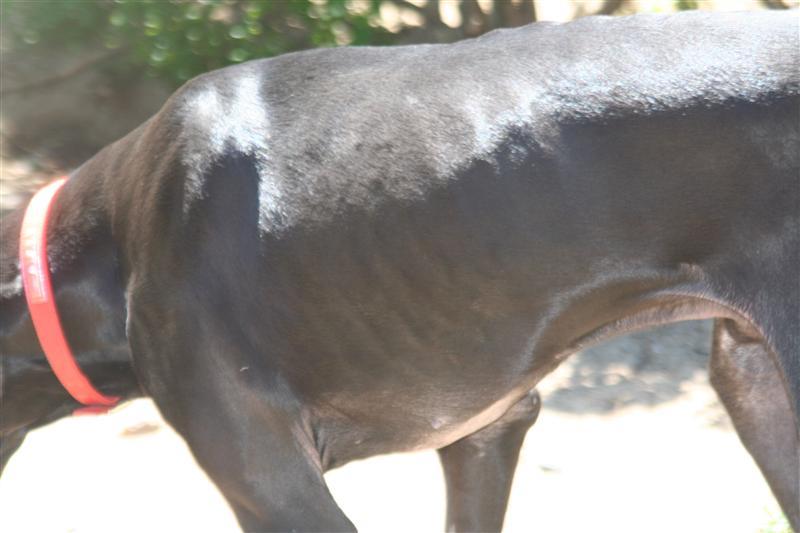 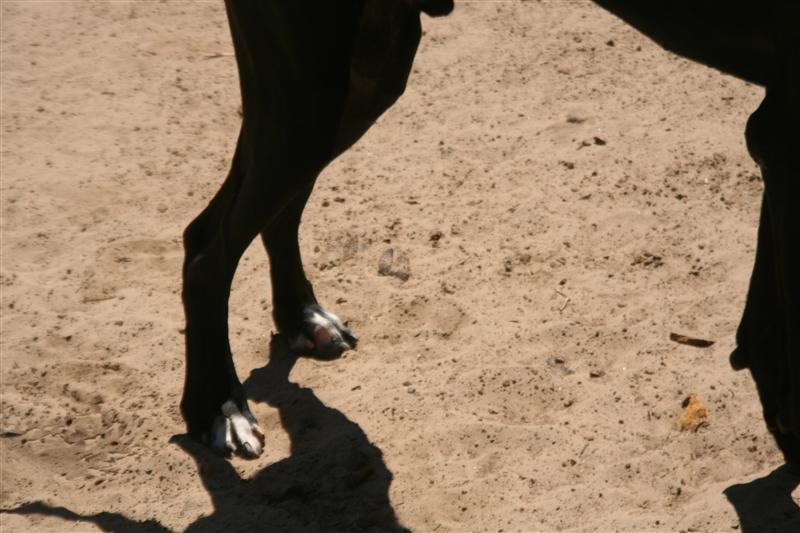 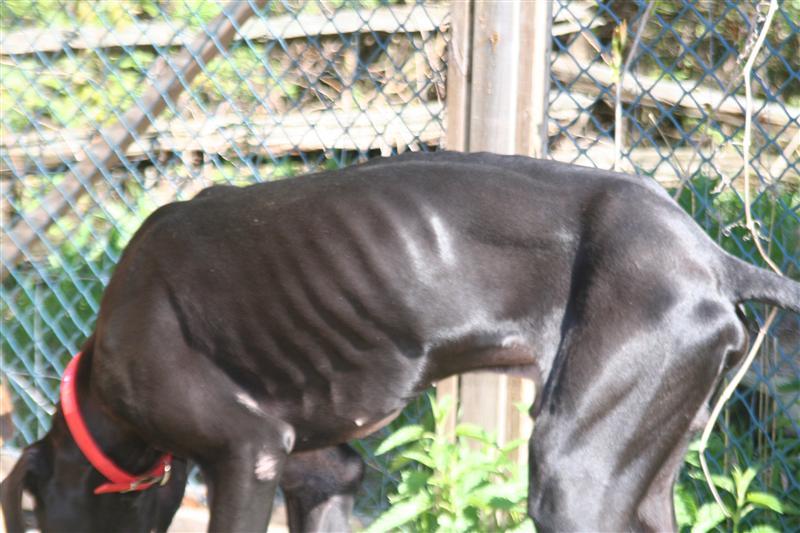 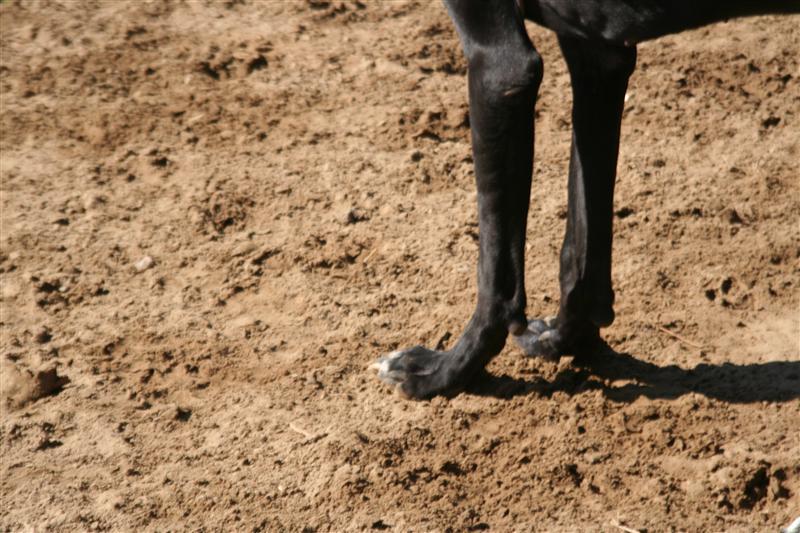