I want to thank Barry for this picture of BHRR’s Lil Linus from our BHRR’s Mini Open House on February 7th, 2009. He is such a clown! I cannot get over how tall he is getting. My goodness, he is one handsome looking boy!!! He continues to be the BHRR ‘class’ clown and what a nut!!!! I have a bunch of pictures I want to add of his healing ‘war’ wound(which is now all healed) and then two of him and Ocean and then I also have a couple just taken recently. Hopefully, I can get this done within the next day or so. This weekend was a ‘tough’ one at BHRR. For now, let me post below the picture from February 7th for everyone’s viewing pleasure. HE is such a ham!!!! 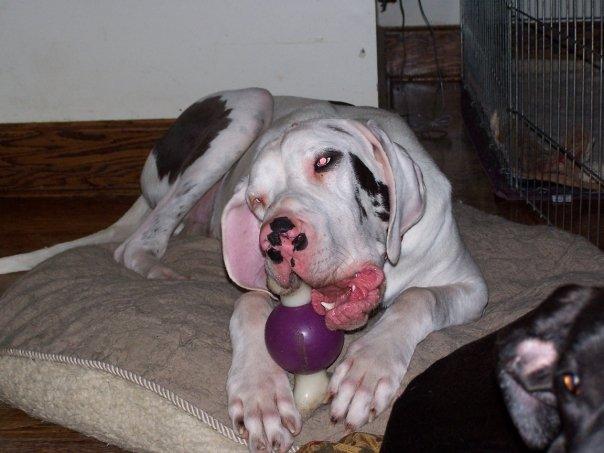