BHRR's Harley has arrived to BHRR! We have his category as Harley(1) as we have had a Harley in the past and cannot have 2 categories exactly the same if I want to add separate slideshows. Glitch part of this blog software that we use for our BHRR Website.

We were contacted on August 20th, 2011 to see if we would assist a Great Dane as the home had a 20 month old child and did not have the time required for BHRR's Harley.

We have since learned that upon his arrival that he is older than what came our way AND it matters not how old or young he was, we would have assisted him regardless. His birth date is listed as July 22nd, 2005 so he just turned 6. He is neutered, and his rabies is not due until September 9th, 2012 and his DAPP + Lepto is due September 9th, 2011. We had been informed that his one vaccine would be updated before his arrival yet no worries that it was not.

We also discovered upon his arrival a lump on his side that we will investigate ASAP. He also has a skin tag on the same side lower on his leg(stifle area). I had scheduled an appointment for September 1st for BHRR's Harley yet upon noticing this lump shall move that up. We shall also give him a much needed manicure/pedicure. The other thing we noted was the bare/bald areas on his tail. We will do some skin scrapings when I bring him into work with me early next week.

The last weight given on his paperwork was 116.40 pounds(from September 2010) and he needs a bit of toning and to lose a few pounds, not too much as he is in really great body condition. For those that follow our blogs, his body type with headpiece is very reminiscent of BHRR's Mindy. That typical byber tall(around 35-36" yet will measure) and lanky body with a smaller snipey headpiece. YET to our eyes, he adds up to one overALLLLLLLL lovely plus ever so handsome boy and we are honoured to have been contacted to assist him!

His last HWT was September 29th, 2010 and he was also on HW preventative at that time. I noticed on his records no results from his HWT or fecals that had been done over the years. The records sent show that he has been a very healthy dog over his life and only on some flagyl and cephalexin back in 2006 yet no documenation sent as to why this was so.

To date, he is settling in well. Still some stress 'drooling' and he is proving himself to be a sweet mature gentleman.

What his previous home had to stay about him on August 20th, 2011:
"He is a great dog we just don't have the time anymore due to a toddler taking up most of our time, We love him but want what is best for him. He is great with children as we have a 20 month old. He does not seem to like cats as he barks at them when he sees them out side but has never lived with one. Also seems to be okay with other dogs but again has never lived with one. He is very friendly but needs a lot of attention. He also needs to go through training again, he needs to learn to ignore people on bicycles as right now he does not seem to like them (he barks and if on a walk seems to lunge toward them but not in a vicious way). He also seems to have some separation anxiety. Hope this helps,"

UPDATE: August 27th, 2011: from the kind person who transported him one leg of his transport:
"I was one of Harley's transporters(in Columbus, OH). What a sweet boy he is! Whoever adopts him will get a real sweetheart! I'm so eager to hear of his progress! GOOD LUCK, HARLEY!"

UPDATE: August 28th, 2011 from his wonderful overnight temp fostermom:
"‎"He wasn't too much into eating, but he is on his third toilet bowl of water, since he wouldn't drink out of the water bowl the other dogs use. I just have to keep flushing the toilet to bring more water into it. I gave up using those little automatic toilet bowl cleaner thingies since some of the visitor dogs drink out of the toilet too. Perhaps I could rig up an old toilet to be an automatic dog watering bowl? I might better bring him to the little river behind my house and let him drop the water level there a bit. Fair warning to X about potty breaks…… very mellow and good natured and get along just fine with the 2 other old dogs here and all the cats."

"Harley, the great dane, since he stood with his snout out the side hatch window behind me the whole way home I didn't realize that the danes are so drooly!"

UPDATE: August 28th, 2011 from one of his other amazing transporters:
"He's an absolute charm. He really likes being "part of the pack," and wants to be where you are. I love him to bits!"

UPDATE: August 28th, 2011:
We know that BHRR's Harley is great with other dogs and also cats(see blog post from his overnight temp fostermom). He traveled fantastically from his locale in OH, USA with other dogs, was temp fostered overnight with other dogs and he has already been integrated with the BHRR Saint Babies and BHRR's Windsor without any issues. We can also confirm he is great with kids as we have two. We have found BHRR's Harley to be a mature, quiet and mellow Great Dane and we have been exposed to thousands over the years! We will see what happens when the honeymoon period is over. He settled beautifully into a crate and even now is laying there quietly with the door open. He has demonstrated no separation type of behavours to date. Separation Anxiety is what I am doing my PhD dissertation on.

He can pull on his leash at time and in one photo sent our way he had been seen wearing a halti and that has now been removed. He will learn to walk on a flat buckle collar as they all do! 🙂

We shall test him with horses, bicycles and a whole slew of other things before he is placed up for adoption.

WELCOME TO BHRR BHRR's Harley & NOT YET AVAILABLE FOR ADOPTION!!! 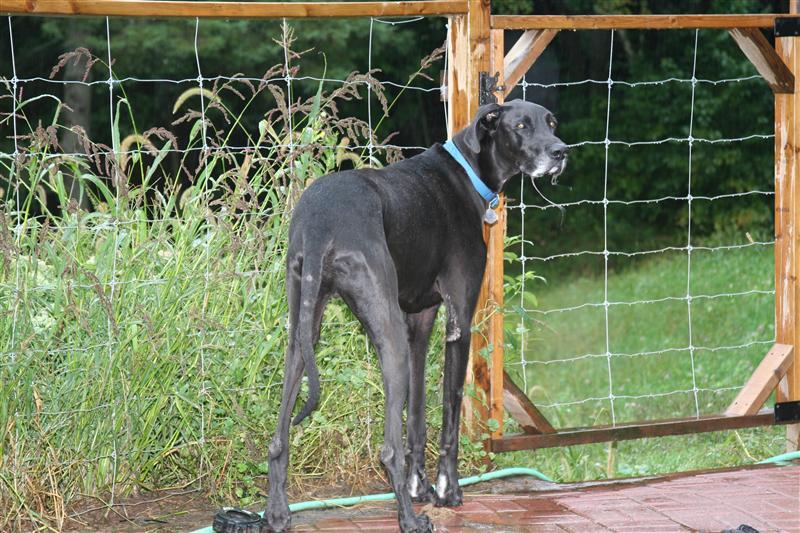 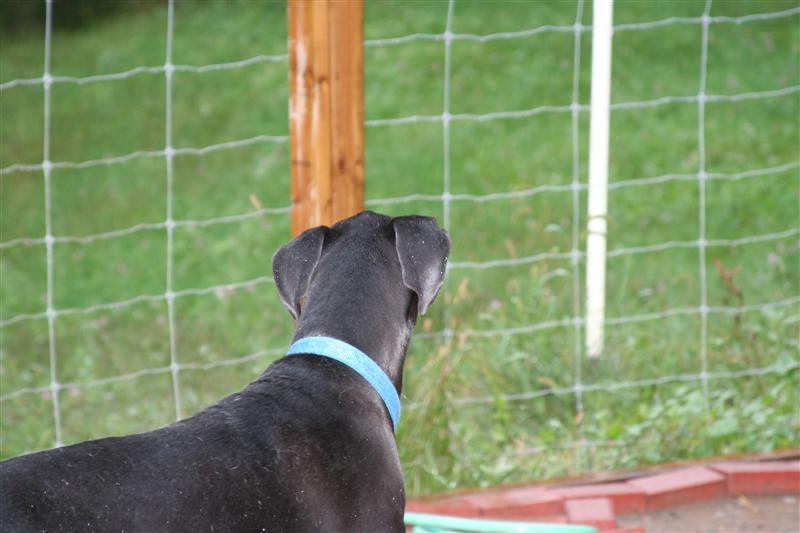 AND for those that are wondering, the Great Dane life expectancy is 10-12 years. We have had two live to just under 13 and we have had friends who had one live to 15 and one live to 17. SO, please do not let the young age of 6 deter any home from looking for amazing new addition! A great housebroken, well mannered, well trained, sweet, kind, quiet mature GD, over having the up all hours of the night, destructive, chewing, high energy zipping wild stages of those puppies!