We took out 7 of KB/JB’s stitches out tonight. As always, he was great! He just lied there while Sean/I took them out and enjoyed the yummy treat he received afterwards! 🙂 He still has about half a dozen left and they should be ready to come out within the next day or so. It is the middle one’s that are the one’s that are still a bit inflamed. The Clavamox has really helped and I am glad that I put him on the it. Pics below of his incision site as of March 6th, 2008. He is doing really well!!!! We are still feeding about 5 smaller meals a day as we do not wish to see him bloat or obstruct again. We are also watching his water intake very closely. I will take new pics of his incision later this week once all the stitches are out. He is still on very restricted exercise even though KB/JB thinks he can run and jump and bounce around like a rabbit! He has really enjoyed lying in his king set up on the main floor with the x-pen around him as the other dogs have mingled about. While he has not been able to participate in the play and the energetic activity of the other dogs; he has really enjoyed just being able to watch them and has respected the boundaries of the X-pen as have the other dogs in not trying to bust in on him as he has been healing. We opened up the X-Pen so that it goes from one end of the one couch to the other and he has about 1/4 of the whole main floor(500 square feet) to himself to move about and be the pampered king he is! 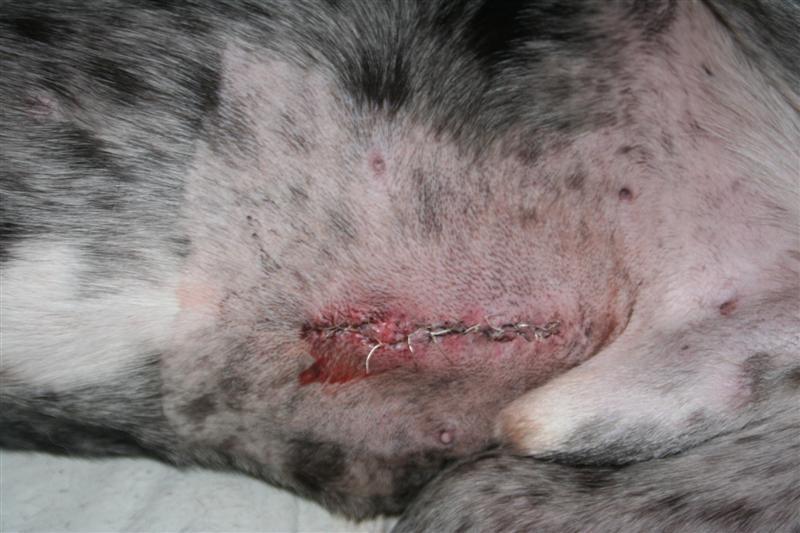 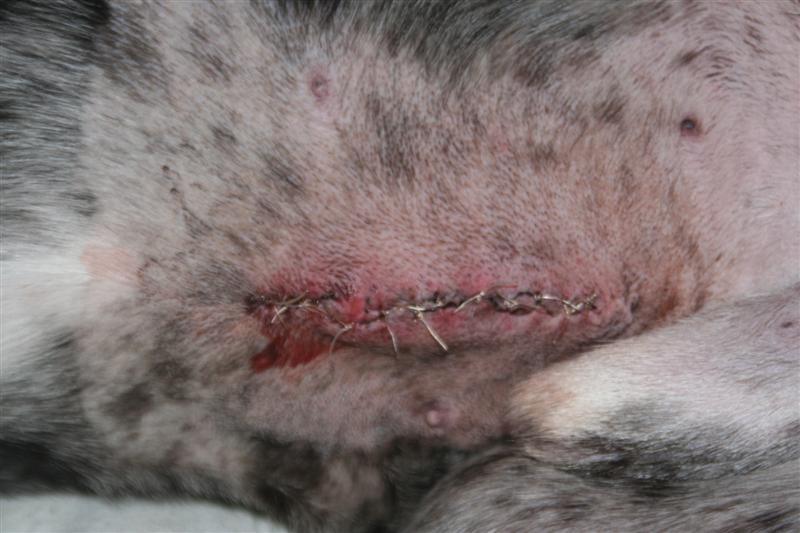