UPDATE: Mr. Jack went into urgent surgery just past 8:30 AM.
He was dropped off by his wonderful foster mama last night so he could get prepared including being placed on trazodone per my request to minimise stress to him.
Dr. Ammar will touch base after surgery. Please keep Mr. Jack in your thoughts.
***URGENT*** ***Donations For Jack***
**$370 donated to date!** Thank you!
The estimate is just over $2,300, yet will be a bit less as we already have a cone from when he was neutered and has done bloodwork.
Per a previous post, Mr. Jack’s foster reached out last Sunday to say that they had noted his left eye was a bit off on Saturday.
I was concerned re: possible uveitis, and an appointment was made for him to be seen on Monday.
Per the Vet that saw him, his pressures were higher than they would expect for uveitis, and diagnosed with glaucoma. It was 31.
Per a previous post, this was very distressing to read as with each of The Three’s Company pups, their eyes have been checked three times.
Jack’s eyes were even checked before his neuter on the 16th of August. They were always given a thumbs up, for if there were any issues, we would have had them removed at the time the Aussies were altered.
So this was so shocking to hear that less than a week after his neuter, he had an eye issue.
Gwen was concerned re: secondary glaucoma due to injury as he was very dysphoric when he woke up post-op from his neuter, yet, it was his tongue/muzzle that took a bump, not his eye on that side. His eyes were fine.
Regardless of the underlying cause – the vet on Monday felt possible growth, glaucoma is brutally painful, and the left eye needs to be removed & immediately.
So grateful to them to EVC for being able to schedule this urgent surgery so quickly!!
We are now in desperate need of funds.
We truly would be deeply grateful for anything….
Donations to his emergency surgery can be made via PayPal to gwen@birchhaven.org
Or via email transfer to contactbhrr@gmail.com
Thank you from our hearts for any consideration to his cause. Even $5 is not too little!
Mr. Jack, your special announcement will have to wait a bit longer! 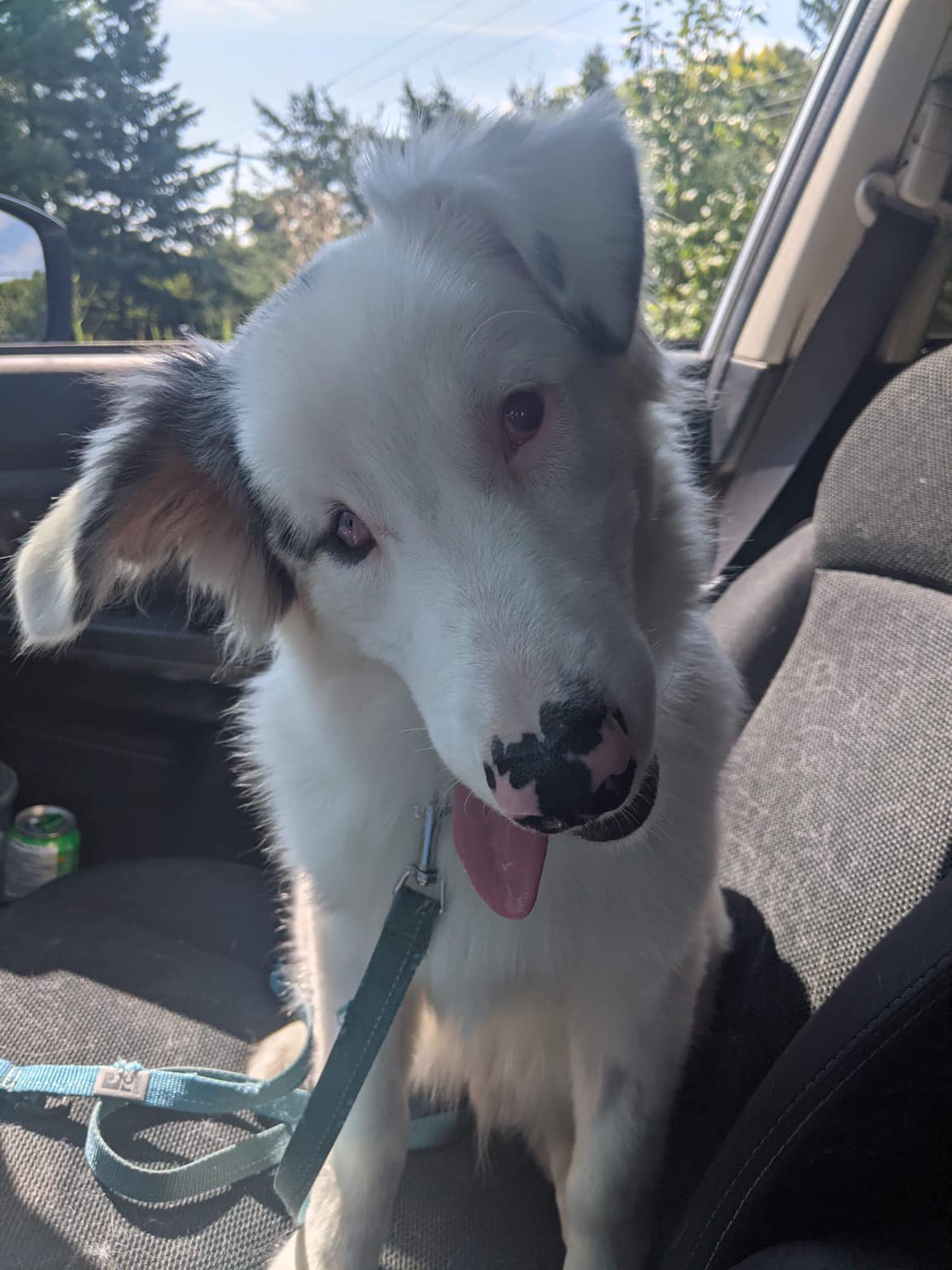