BHRR’s James(GSP) was at the Vet today. I made the drive to pick him up on June 17th to bring him into the rescue.
He is our newest addition to BHRR, and he is not 13, he is closer to 15 years of age. In 2011, the shelter that had him stated his age as being over age 3.
He is the dog whose owners were moving abroad.
He weighed a thin 23.1 kgs (50.82 pounds).
We did bloodwork and tested for prior tickborne disease plus heartworm exposure. Results were negative.
He is going to be dewormed and placed on flea/tick/hw preventative.
We also investigated a lump he has on his chest. I was a bit concerned when I noted it upon picking him up, as I want to be sure he receives all of the necessary care and immediately.
He is not going to be placed up for adoption.
He is going to be placed in our Haven program and cherished for whatever time he has left. We are going to ensure it is a time of quality and that he lacks for nothing….. 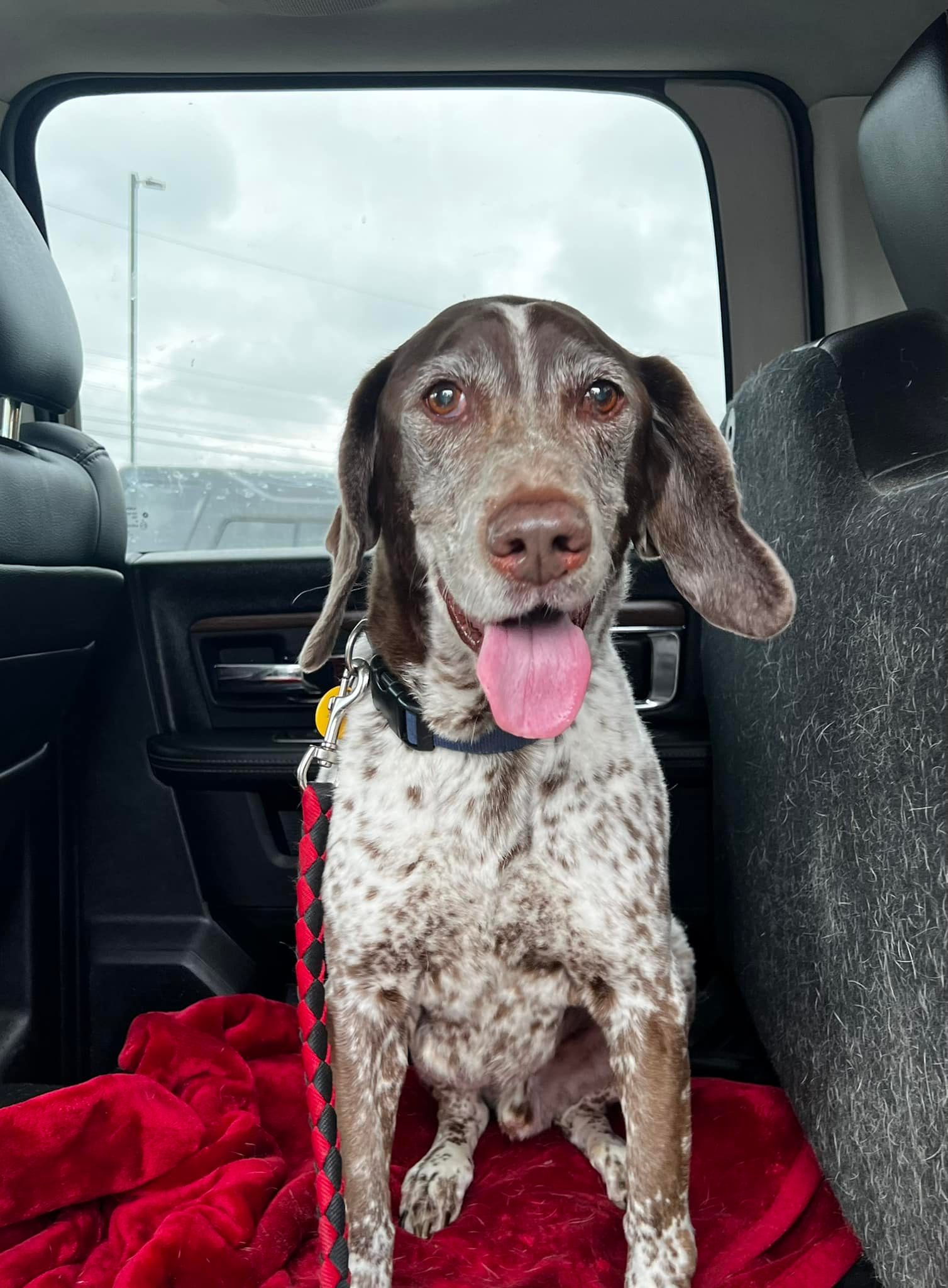