BHRR’s Gravel!
AND another one of the BHRR Danes has hit the miraculous Double Digit Dane Days – BHRR’s Gravel turned 10 years young in April!
This boy had been dumped over four years ago in a high kill shelter – emaciated, undersocialised and terrified.
He had four days in which to get out and we were contacted to assist. Unfortunately, as a transport was being organized, he was so scared that no one could get near him…..the shelter said that they had been ‘poling’ him to get him to where they needed him to go.
I will be forever grateful to Danya, the original person who reached out to us for assistance who dropped everything at her work nearby the shelter and with the assistance of cheeseburgers; managed to get him leashed – he was beyond reactive at this time.
The transport was quickly re-arranged and Daniele(just one driver) drove all the way from the shelter to KAH where I had an appointment set up for him to be seen.
If he had not gotten out of the shelter that day, the shelter made it clear that this was his last day and would be ‘destroyed.’
Fast forward and with time, patience, understanding, structure, consistency, love and stability, not to mention great food plus vet care; this boy has thrived.
We learned just how much he LOVES teenage girls and has come to understand so much about helping hands over hurting hands.
He is still nervous in public yet, at home so many people have experienced how he has blossomed and come to trust and actually seek/ask for attention and love.
He has been an amazing dog and really does have a character of a personality! He may be smaller in stature yet, he is huge in heart and his eyes are so expressive.
To see them go from terror, confusion and sadness to calmness with a hint of mischief added to increased confidence; has been such a heartwarming experience.
He is such a sweet gent and may he be with us for a long time to come!
PS: not the best picture as cameras, flashes etc. make him nervous. If he cannot see people’s faces, he worries…. 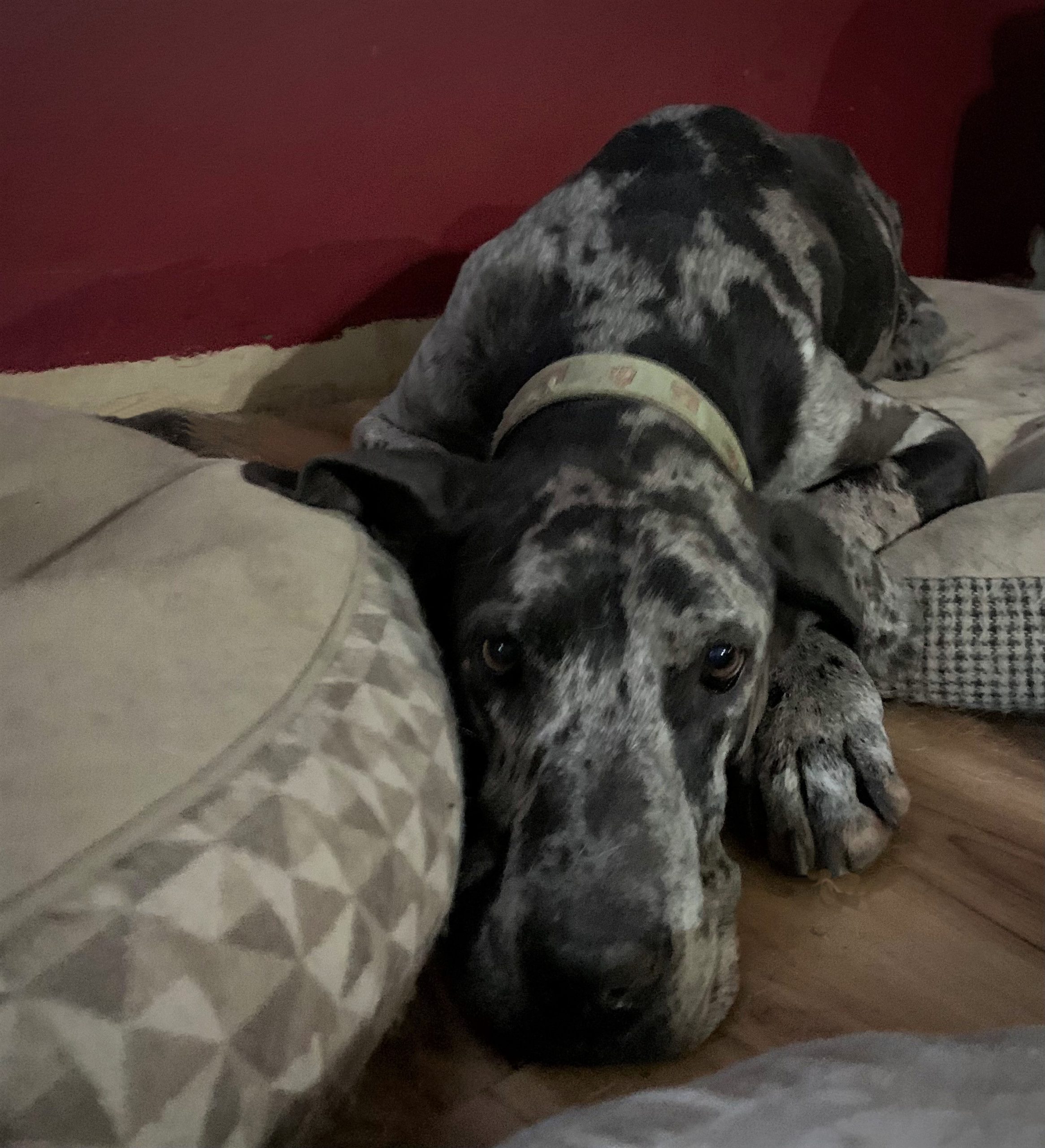