**GROSS PICS**
Shortly, after I arrived home with Miss Aramis, she began straining to poop. Her attempts were unsuccessful for the longest time and then she passed a bit of dark, mucous filled loose stool. No foreign bodies present.
This immediately brought back my strong feelings of an obstruction.
She was still not interested in anything edible – not that she would be fed any large meal etc., it was to gauge her interest as that is the BIG measuring stick re: how she is feeling. She showed zero interest in a/d, recovery, gastro.
She also was not interested in water. Another HUGE concern.
The Vet had advised re: walking to move the gas – this is something that we are already known to do in rescue/our own dogs in bloat – and we did a bit of walking.
She mostly wanted to go and lay down, which she was allowed to do.
I let her be for about an hour and the checked in on her and she had taken herself to the cement floor part of our rec room and passed some watery stool with this object – a sizeable large piece of hard green rubber substance with some small bits of bone – she had snagged part of what could have been a dead deer carcass on the trails before she could be stopped. That was on Thursday and she was fine until last night.
This confirmed my thoughts re: an obstruction which I had sincerely hoped that I was wrong……
You could tell that she was feeling a bit better having passed these fb’s yet, that has been short lived. She is back to being quiet, subdued as her gut works to be motile and my plan is to monitor her closely for the next few hours and bring her into emergency for further medical attention if necessary.
Sean and I are worried.
If anyone may consider a donation to her bills, donations can be made via PayPal to gwen@birchhaven.org
OR via email transfer to contactbhrr@gmail.com
*we just need to know the password
AND please keep her in your thoughts….. 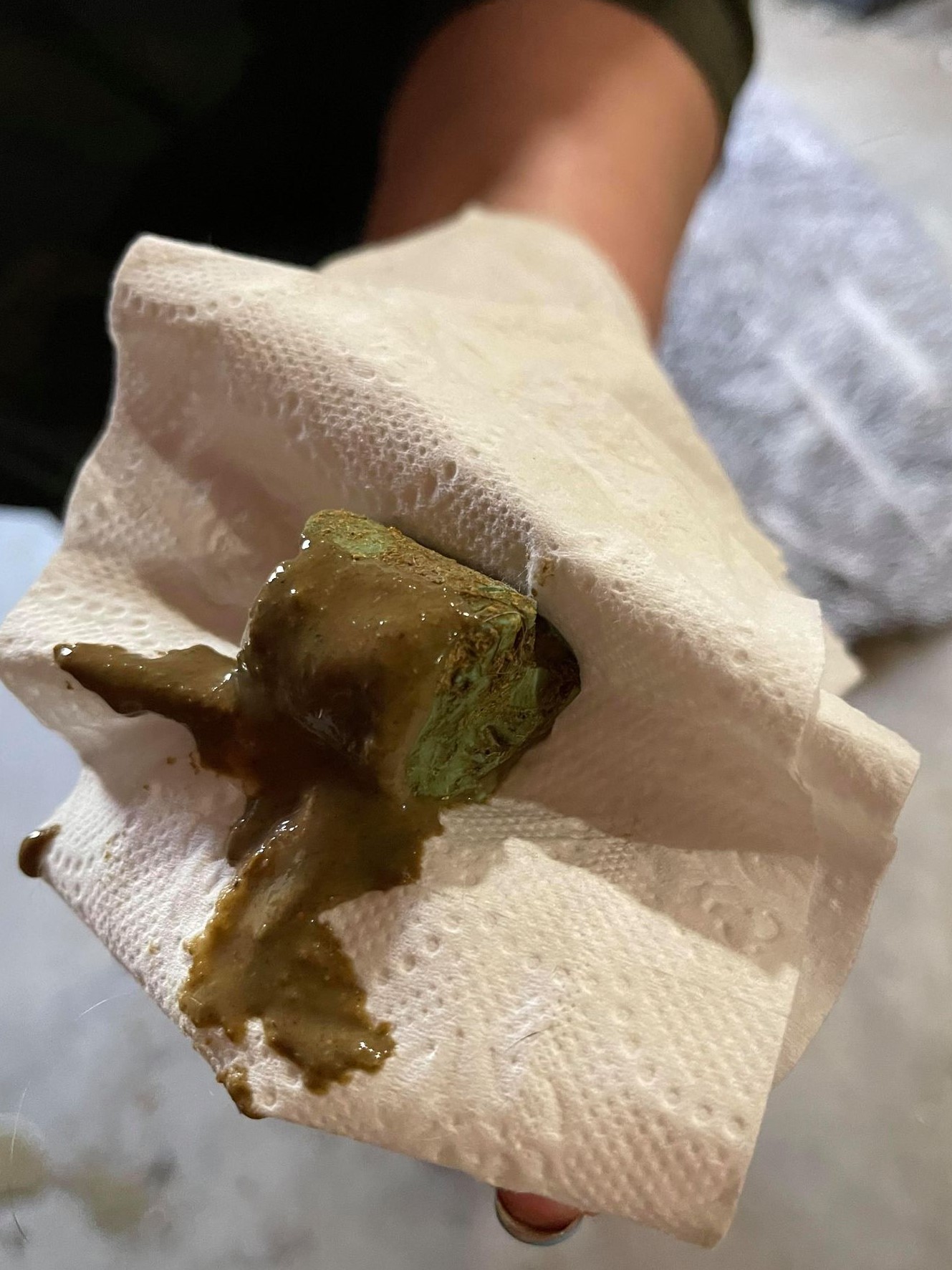 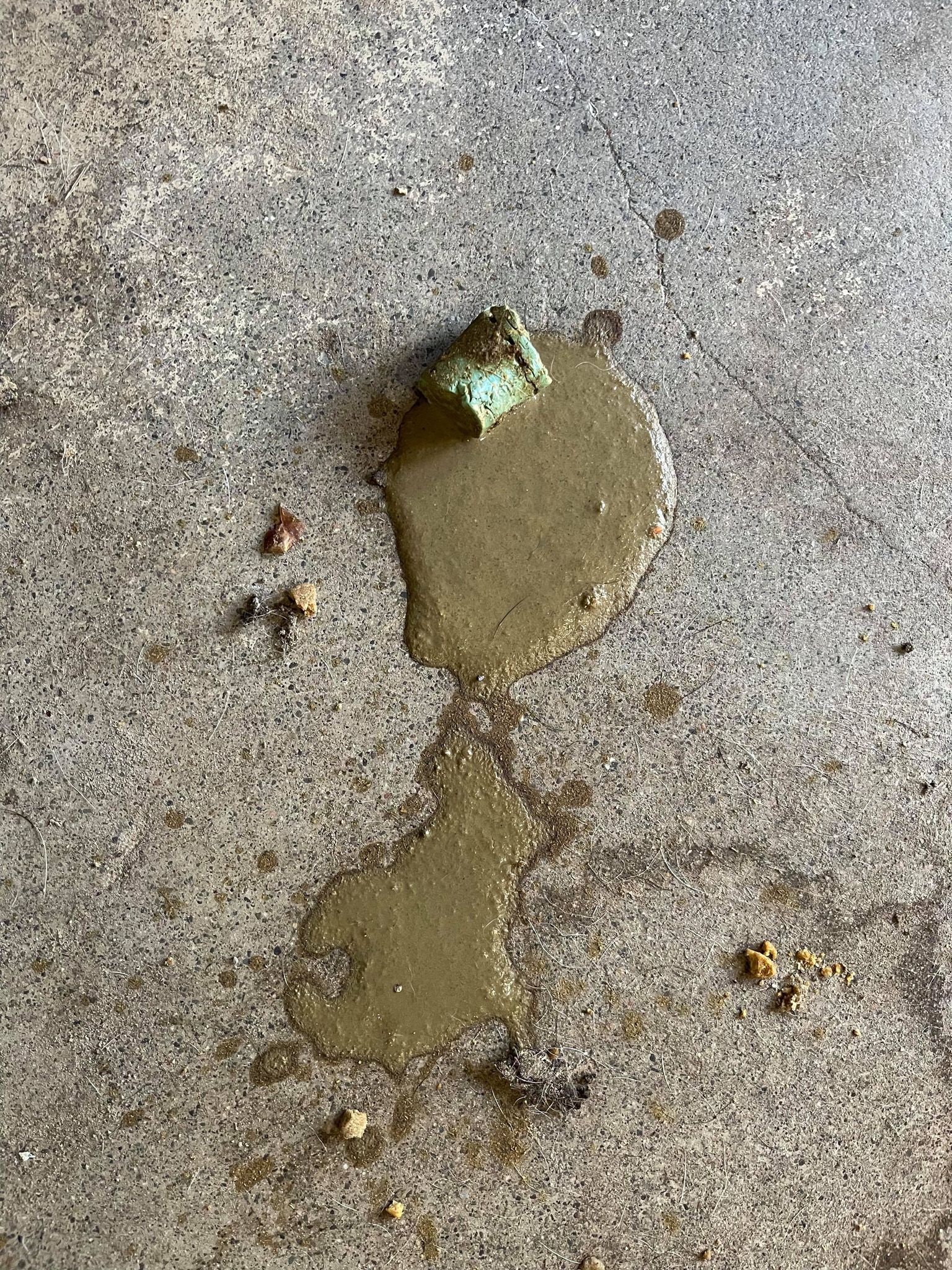