BHRR’s Athos – one of our lovely 3 Musketeers had his de-twinkling appointment on Tuesday, January 19th!

He weighed 50.8 kgs(111.76 pounds) and we also microchipped him at the same time. When he is done growing, he may well top 125 pounds at a nice and lean level. Only time will tell as he could have a growth spurt and be bigger. As long as he is healthy and happy, it does not matter.

Hard to believe that he was once this emaciated, dirty puppy. He is growing into a truly handsome young man!

Once he recovers, he will have his own special announcement to make.

His brother BHRR’s Porthos was also to be neutered on Tuesday yet, he hurt his leg in the huge snowstorm last Saturday and his appointment has now been rescheduled.

This picture was taken on our drive-in – I gave him Trazodone the night before and the morning of to make things more comfortable and less worried for him. Anything that can be done to lessen a dogs’ stress level should be done to give them the best vet apt. experience possible.

So, his eyes are showing that he is doped up. 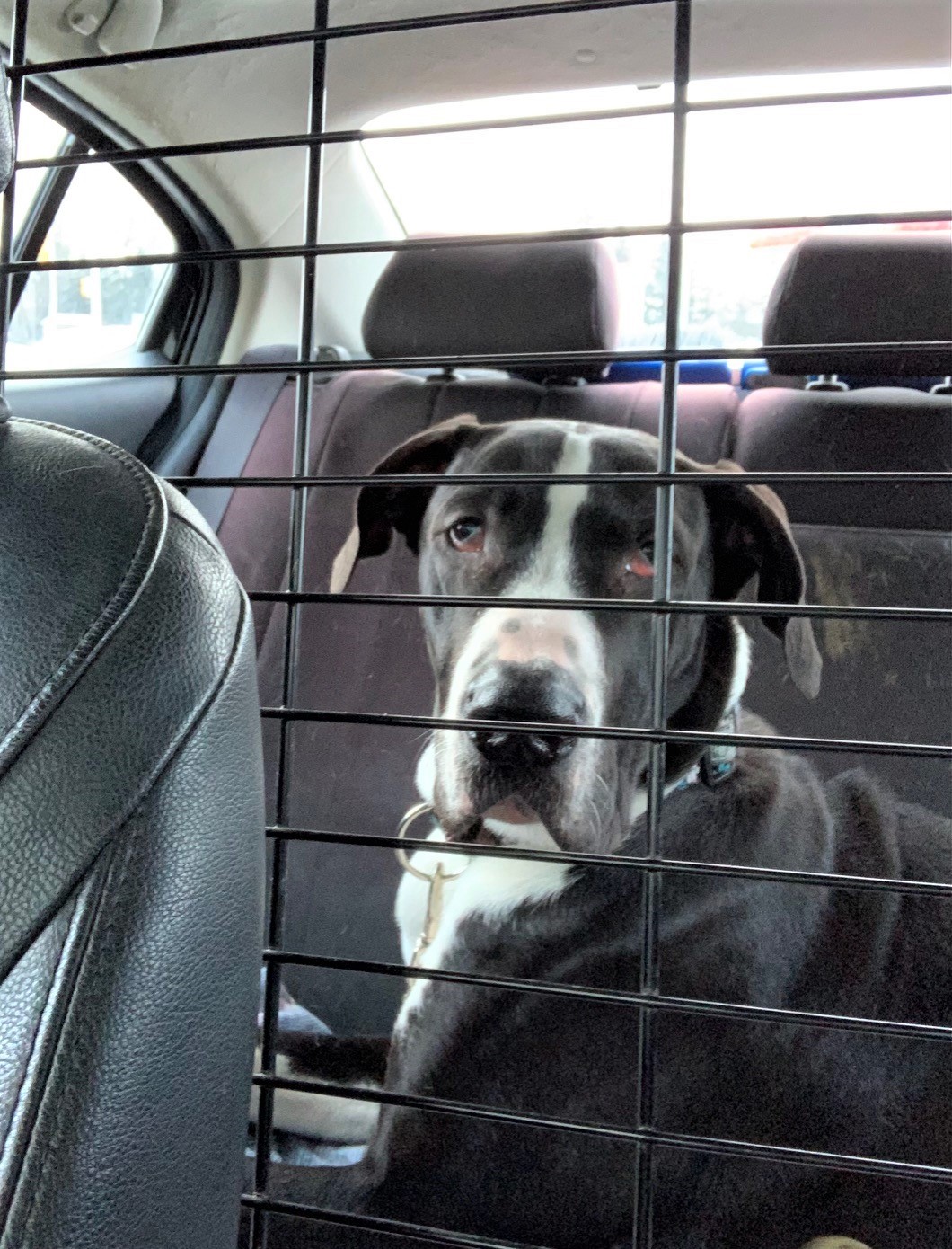