BHRR’s Coupe was at the Vet today for his annual – vaccines and to have a recheck on those new front legs of his!

Since he first arrived to BHRR, just shy of 1 year ago; he has had 3 surgeries – fb plus pexy, dental and bilateral elbow arthroscopic surgery; we also found no less than 2 bullets in him, was found out to be heartworm positive; had a deep penetrating leg wound, was diagnosed with un united anconeal process, ruled out fungal osteomyletitis plus blasto and the list goes on……AND through all of his treatments plus surgeries, he has been a gem of a dog!

He has learned manners and muscled/toned up and the healthier he became, the stronger he got, the happier and friendler he also became. AND for those who met this dog at the beginning of his journey would have stated that he was one mighty fine and happy dog then! He is over the moon happy now. He is playful and so affectionate and though, shall always have a slight permanent limp – golfball sizes of bone chips/fragments were taken out from his leg surgeries December 1st – nothing is holding him back!

He was given a thumbs up today at his Vet Visit at EVC and it was so nice for the Vet that did his first surgery on February 6th, 2020 to be the one to see him again today!

Mr. Coupe shall soon be ready to make his own special announcement.

Karen Boyd and Jane Smith- he has done so well and I cannot thank you both again for all you did to help get him safely to us! Karen, I am so glad I reached out to you to see if you had a dog in need that we could possibly assist with! He has been magnificent and it has been an honour to work with you/Sam/Jane once more.

Courtney Reil – thank you for emerge temp fostering him in TO and then driving him to EVC!

Cassy Montgomery – Thank you and John for also taking such great care of him too!

Thank you to everyone that gave him special play dates and play visits – Elaine Giles, Ashley Deon, Melanie Moore etc. during his extensive rehabilitation journey with BHRR.

Thank you ALSO to all of the rescue angels that donated to help us pay for his enormous Vet Bills!

We are very excited for his future and even Mr. Symba did not mind at all sharing his Mr. Bear Stuffie with Mr. Coupe! 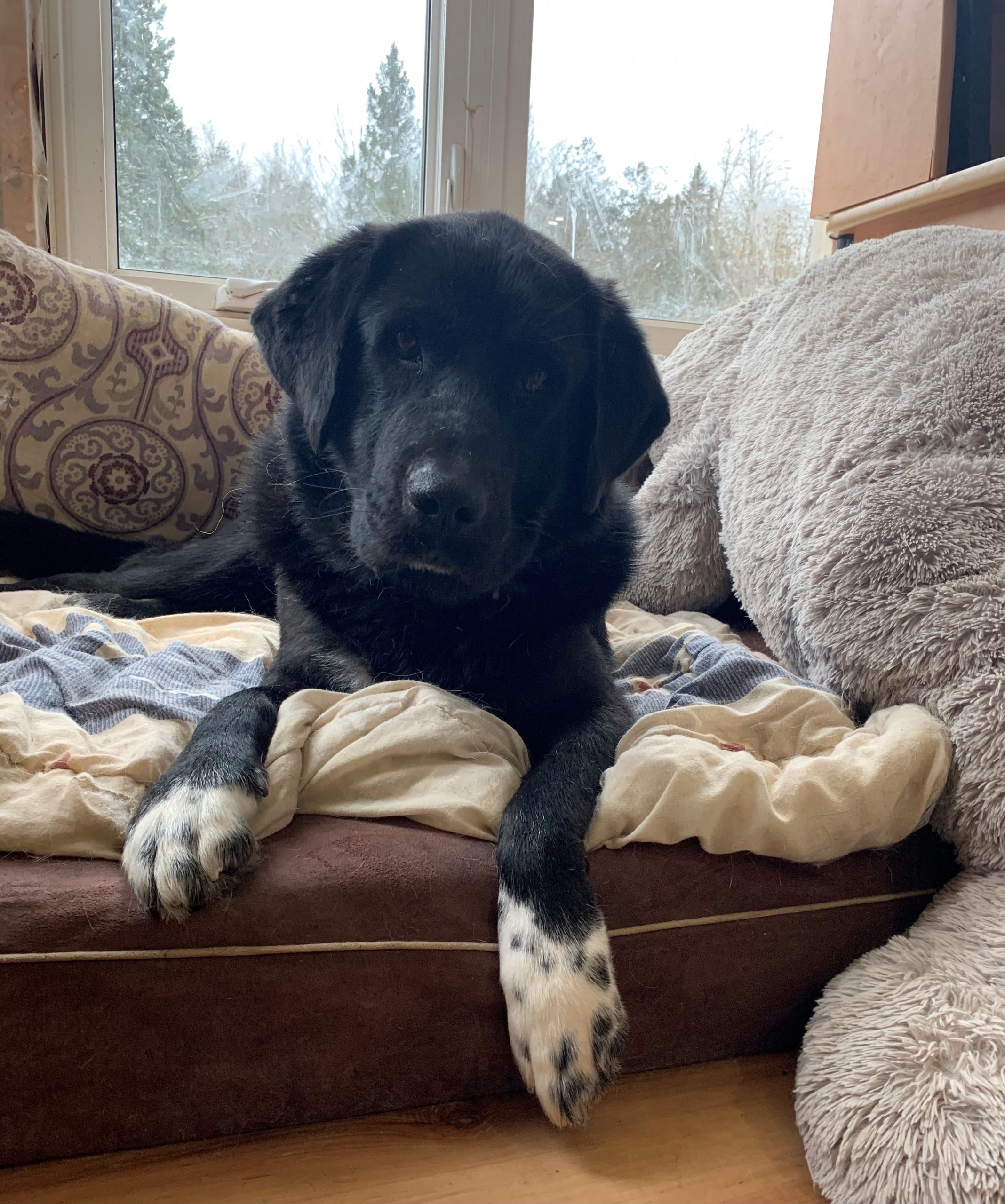