He had his annual tonight and did so well! He is always a bit shy to start with people he does not know and warms up quite well. Once he makes friends, he likes to share the drool of love, the Dane leans plus get tummy rubs.

He now weighs almost 136 pounds and though still very lean, even for me a bit leaner than I would like, he has now put on another 8.52 pounds since we last weighed him. Since he first arrived to us, he is now 27 pounds heavier!

Slow but sure..as told to his Vet this boy has been a big struggle with the weight gain and we still feed 5 small frequent meals daily including the one that he gets just before bed as that has been the biggest difference for getting him to put on the weight.

He was given a thumbs up – he is so much stronger in his hind end than he once was and always will have some issues and that is him from his past care – and thank you to Dr. Ammar, Tianna, Morgan & Ashley for giving him such a great experience!
|
AND he did fantastic with the Clinic Cat – Miss Pearl!

He remains AVAILABLE FOR ADOPTION to that right matched forever loving home and this boy will be a transitional adoption so we do not have him go backwards in his weight.

AND said home must be within 1 hour of our location. 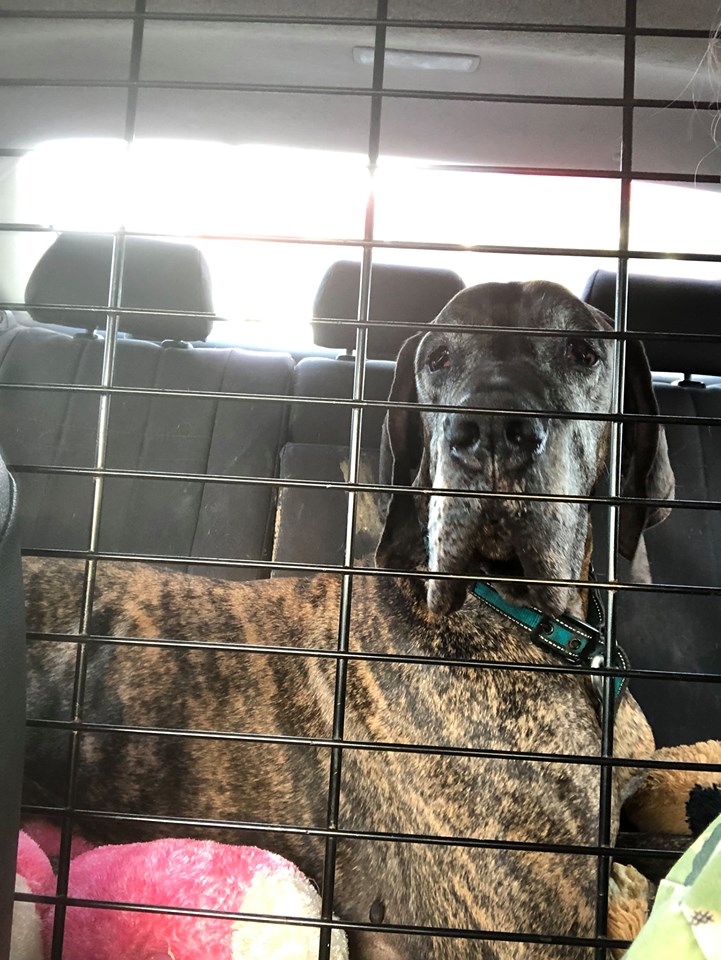