This is adoption #416 for BHRR. Small & mighty we remain, 23+ years later. Focusing on the next one in need of us with each and every rescue.

BHRR’s Colt – you are right where I had hoped you would end up for when I learned the truly devastating news that BHRR’s Capone – adopted in 2017 – was diagnosed with osteosarcoma in late 2018, my heart broke for his Approved adoptive home and for all of us that adored him – I had stated to Sean(not a word said to this home for when they were ready they could reach out to us) that this is the home I wanted BHRR’s Colt in.

If/when said home was ready & if BHRR’s Colt was still with us, then we could talk more.

How cruel the fates were to steal BHRR’s Capone away so soon after he was adopted, yet, if you believe in fate also dealing some kindness, BHRR’s Colt is now where I feel he should be, in this BHRR Approved home!

That they would seek to adopt from BHRR again is special, that they would be so patient as we had to reschedule this home-visit is very understanding, that they would be open to meeting who I believe was such a strong great match for their home is humbling for they felt I got it so right the first time – they had been interested in a couple of other Danes when they first reached out in 2017, and they are wonderful dogs, yet not meant as good starter Danes.

This home gave BHRR’s Capone such an amazing life and tonight I was able to see even more pictures and have shared with me loving stories plus memories of him. The gift that was given to this home – charcoal portrait of BHRR’s Capone – is stunning. That
boy was so loved….so cherished and so missed.

No dog can ever replace another yet BHRR’s Colt will make his own big amazing paw prints in their hearts and they will give him an equally outstanding life.

Thank you to this fabu home for going through the adoption process again plus for everything you did for BHRR’s Capone.

BHRR’s Colt, I am so going to miss you as is your emerge temp foster mama also yet I am proud of you!

Now, I make the drive home and may tomorrow bring good news re: two Danes I have been fighting to save for over two months…. 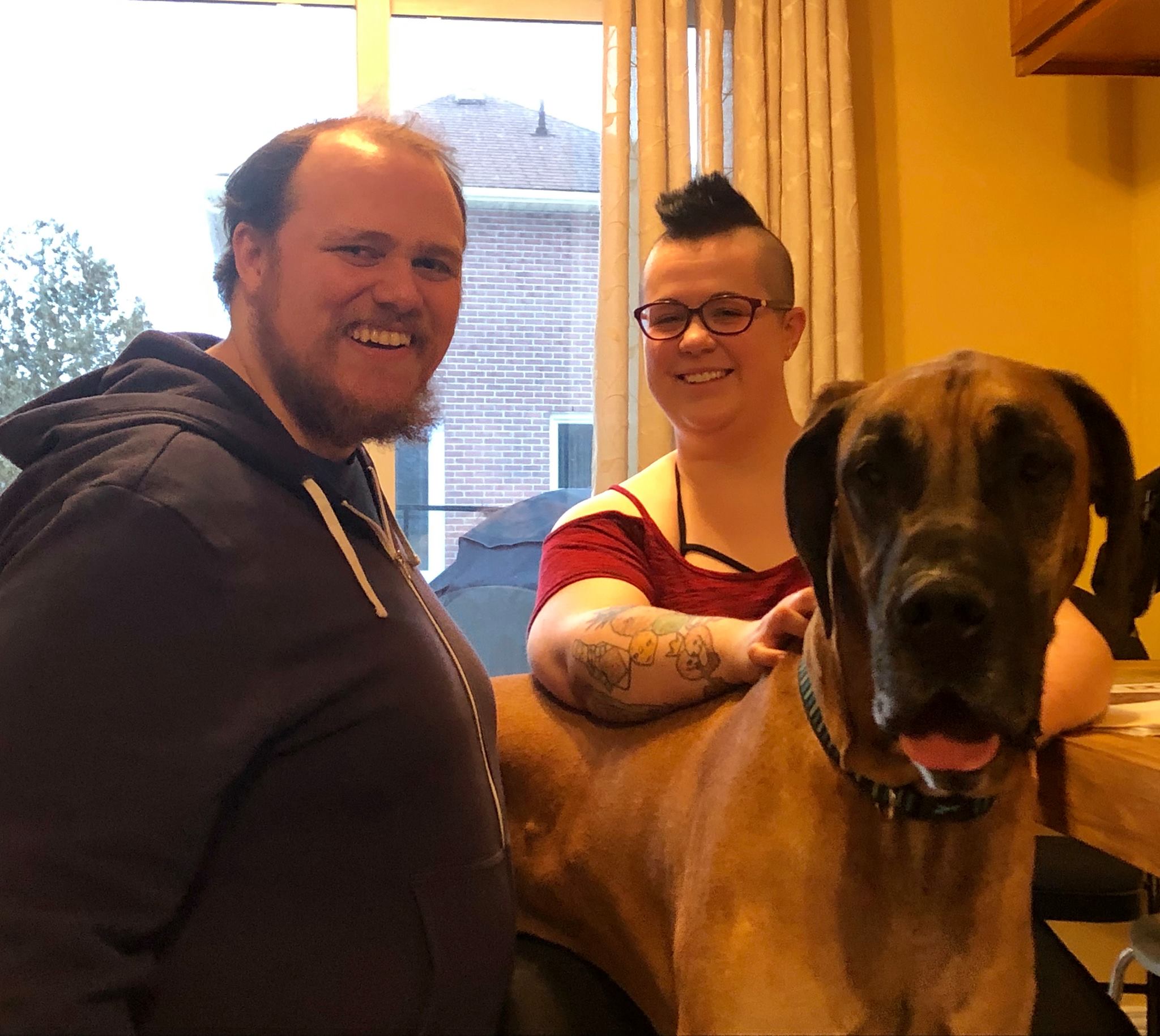