He is here! Finally!

While most people have birthday breakfasts in bed, visit spa’s, have lunch out with friends, go shopping and/or have a romantic dinner with their partner to enjoy their special day, what I did today was drive in the freezing rain to meet the next leg of his transport to bring him home!

I could not have wished for a better birthday present to see BHRR’s Connery here at last!

He is no more than 15 – 18 months of age tops, most likely closer to 15 months of age. He has SO much maturing to do and he is still so emaciated.

He has been in safe keeping with his rescue angels for almost a month and I remain so grateful to them for saving his life.

He was picked up in a really bad area and while his owner was believed to be known, they never claimed him, which to me is a big relief as he is in terrible shape.

AND I must thank Jane of Just Paws also once again for helping to get him here!

Though, we had him vetted in January, it was hard to handle him at that time – just unsettled, not reactive or aggressive at ALL – and as he was in poor body condition, further diagnostics were not possible. The Vet believes that he was a HBC and/or has HD.

He was placed on a pain management regime and treated for eye infections. Bloodwork indicated that he was tick borne disease plus heartworm negative.

His fecal was positive for whips and hooks and he has been placed on treatment. He was also put on flea/tick meds.

He is coming to work with me tomorrow and we will get a treatment plan together for him. He bunny hops on the hind end, he is more ‘off’ on his left knee than his right – yet his right is not much better and his front legs, especially his left leg plus foot bothers him too.

THANK you’s sent out also to Lucy AND to all of his transport plus overnighting angels that helped him get here!

AND thank you to Lindsay plus Josh for stepping up to be his emerge temp foster parents for the next two months!

AND last but not least I wish to extend a deep thanks to The Maracles for the generous birthday donation. It was so touching and with Vet bills running high and food running at a crisis for us right now, it was so appreciated.

This is BHRR’s Connery! He put his head by the through the space of my barrier cage and was my co-pilot all the way home! 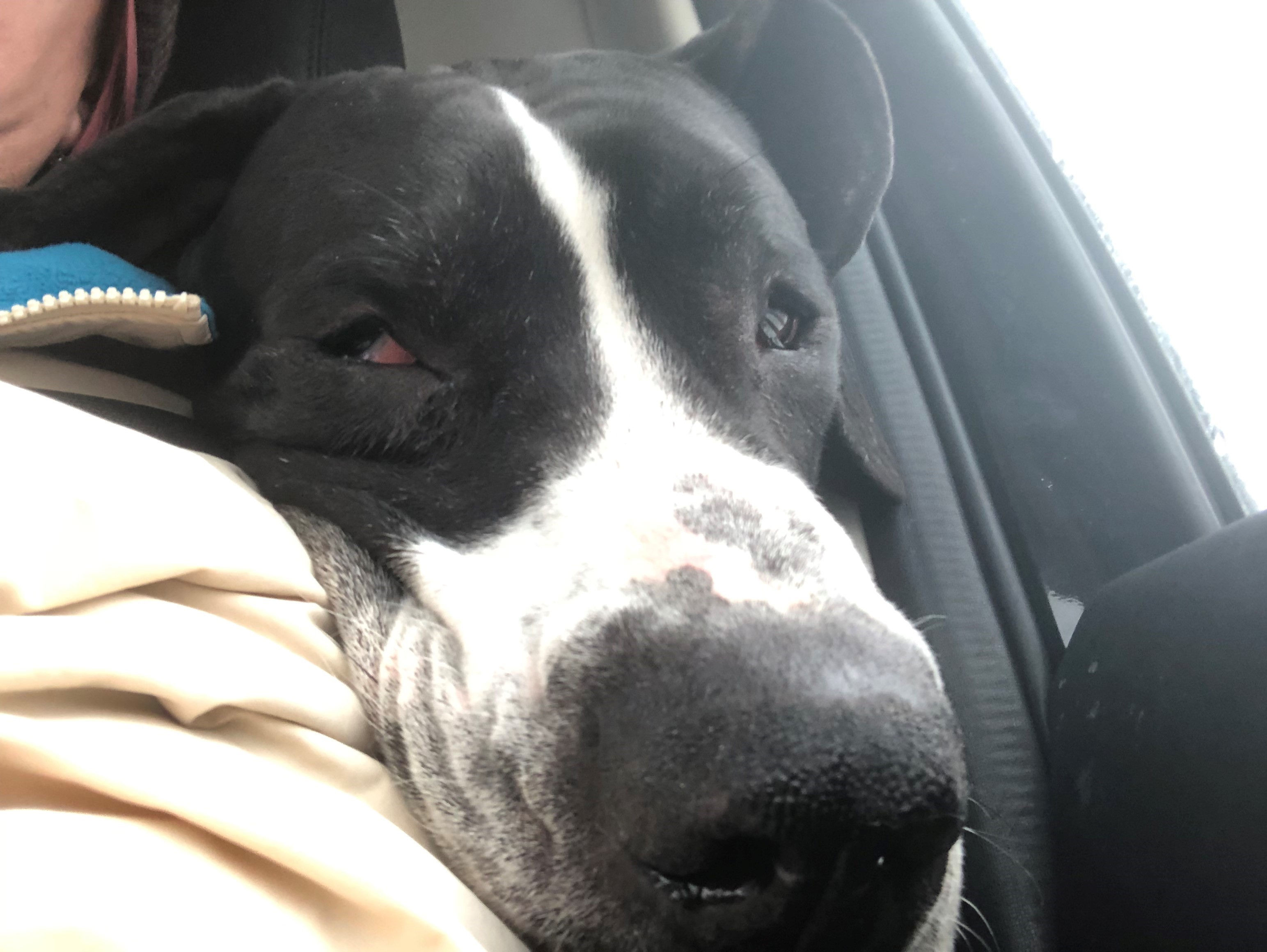