AND he is finally on his way!

The GD that we are calling BHRR’s Connery.

He had been in safe keeping for us by his rescue angels Samantha and Karen for weeks and now he is ready to finally make the journey to BHRR.

Thank you also Jane for everything you have done to help get him to us safely!

He started this AM and from what I am told, is safely in his first of two overnighter homes.

Thank you to Lindsay and Josh for stepping up to be his emerge temp fosters for the next couple of months!

He has been battling eye infections and the Vet that saw him to date is not sure if his hind end is painful due to a possible HBC or if it is HD.

He was picked up as a stray(O. is believed to be known and he is always left by himself) and O.’s never claimed him. He was from a bad area.

As he was so unsettled and emaciated(weight was barely over 100 pounds when first picked up and now is 113 pounds), it was best not to sedate him to investigate his back end further at that time.

He was placed on meds for his eyes and put on a pain management regime.

He will be vetted again on February 4th at KAH. His ETA to BHRR is Sunday February 3rd – AND I could not imagine a better birthday present than driving to pick him up, another boy in huge need! 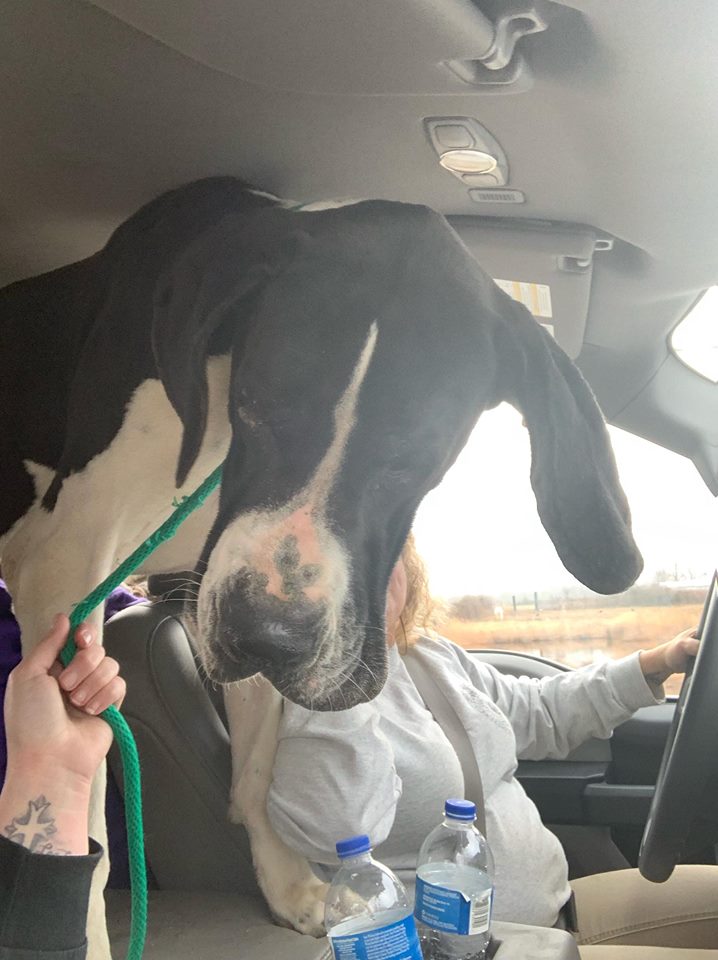