We wanted to share that this poor female Dane is the next one in urgent need of BHRR.

She was chained up outside and brutally starved after being sold. She is barely 18 months of age, horribly emaciated, extremely terrified and we are working with two other organisations to get her safely to BHRR.

Being an unspayed female, we do also have to worry about a possible pregnancy. Pregnancy is hard enough on a healthy dog yet we know firsthand how hard it is on an emaciated dog and the last two Rescue litters we had to whelp, were to badly emaciated danes.

I had noted a leg injury and was told that prior to going to this home, she had been hit by a car in her previous home and that her local humane society paid for the repair.

I am also told that she was one of many dogs kept in such deplorable condition on the property.

Thank you to Just Paws & to Coffee County AC for all that they do! Feel truly fortunate to be working with you both. 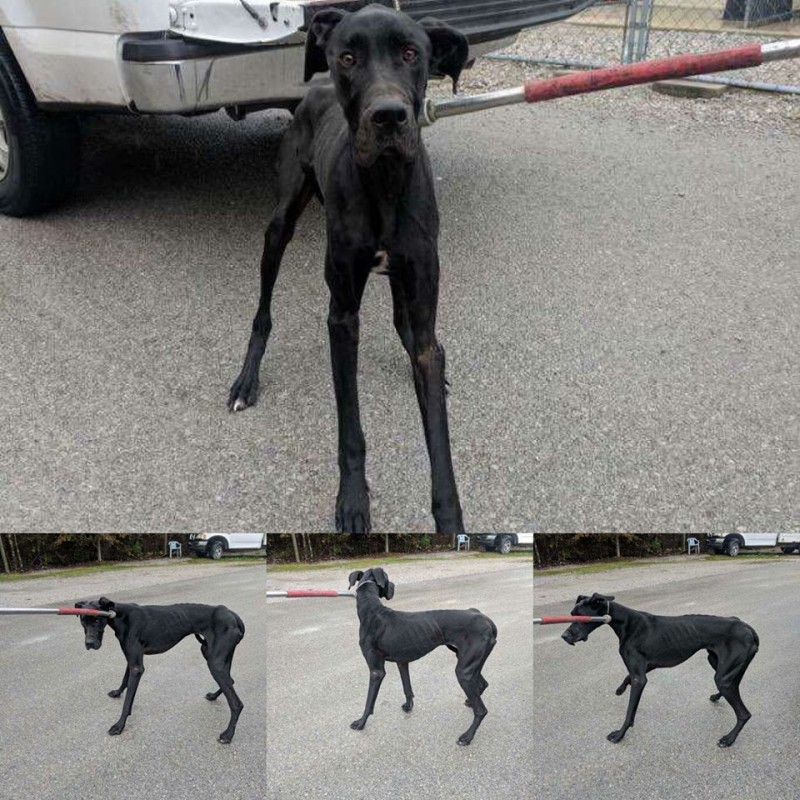