Victim of a separation & passed around.

Surrendered to the amazing rescue group of Just Paws on Sunday September 23rd.

They were not made aware upon intake of just how bad his shape was. Pictures sent their way were of a supposed ‘160 pound Dane’. So, imagine their shock when he arrived in an emaciated neglected state.

They had him vetted on September 24th and reached out to us on September 26th asking if BHRR could assist him and we felt honoured to have been asked. We specialise in the special needs Danes/Giants and were so touched to work with Just Paws to bring him into our care.

He was taken to the Vet on September 28th and his weight was 100 pounds.

His waist measurement is 53 cms and can be spanned by two hands.

His bw indicates that he is battling inflammation and an infection plus has a badly broken/ slightly infected toe nail, something going on with his back left leg, diarrhea and until he is more stable, we cannot do x-rays. He also has some skin issues.

He is back on Monday October 1st to the Vet for a recheck, to see if he is healthy enough to now go on antibiotics and to obtain a new weight. We do not feel that he will be stable enough to do x-rays yet we will see. He is now listed as ‘critically stable’.

He is eating 8 small meals a day – slows down the later the day becomes and is exhasuted. We have to slowly teach his system what food is. He is sleeping lots which will be excellent for his rehab plus taking very short strolls to help build up some strength.

He is on meds for diarrhea, forti-flora as a probiotic, a special shampoo for his skin and antihistamines. He also has hibitane for that toe area for now.

On Monday, we will pick up Interceptor to better de-worm him.

IF it were not for Just Paws Animal Rescue, this boy would have been dead within a week or so. He is in that bad of shape. THANK you Just Paws! AND thank you to your beautiful network for supporting your efforts!

He is weak, can barely stand and he is now the second severely neglected Dane that we have taken in over the last 10 days.

YOUR support means the world to us and to dogs like BHRR’s Bane and BHRR’s Bowen.

Donations can be made direct to Kanata Animal Hospital

OR via PayPal(please use the friend & family option so we do not pay fees) gwen@birchhaven.org

**WE ARE ALSO IN HUGE NEED OF TOWELS PLUS PINESOL** 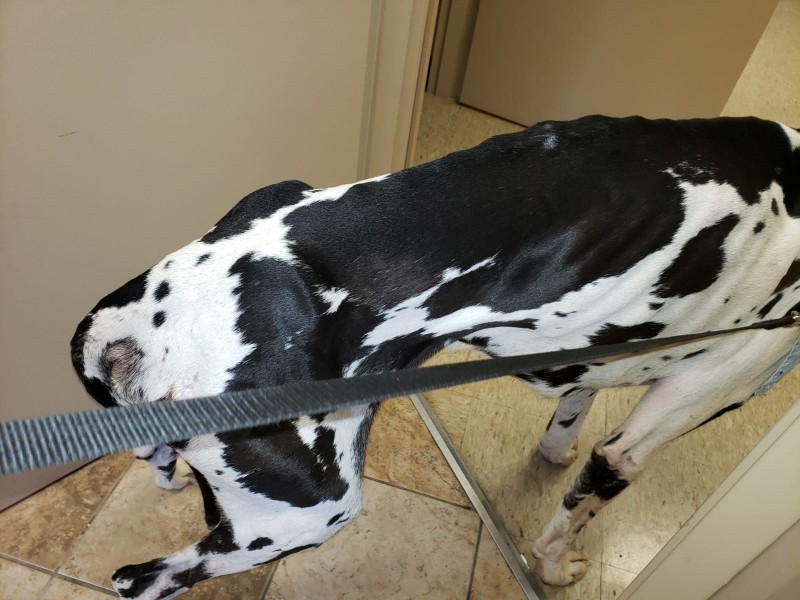 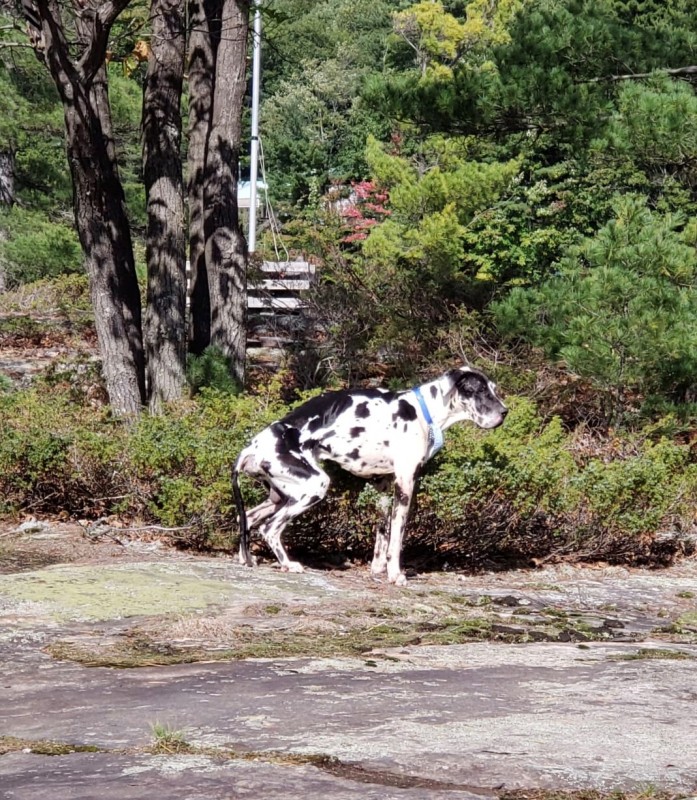