Today he was de-twinkled, had a good nail trim, had his ears looked at while under – cleaned plus a cytology was done to be sure it was just waxy debris, had a needle biopsy on that lump on his leg and it was mostly fat cells, had his hips & knees thoroughly examined and was given a thumbs up!

So, how he walks and stands in the hind end is mostly likely due to some poor conformation and lack of muscle mass plus tone which is improving daily.

This boy is so chill and while still quite skittish to people he does not know, what a lovebug to those he does trust!

He will become more comfortable with others in time and with patience. He is doing fantastic.

He is playful yet so calm and quiet when it is time, loves to bury his head into you, has the Dane lean down to a perfection and the affection he has to give, touches my soul. His eyes are full of such stories and beginning to have less confusion, worry and stress and becoming happy with a sparkle of mischievousness in them!

He was a bit stressed upon drop-off yet I went back to his run a few times and he began to settle down well….so proud of you brave boy!

The picture is one I took of him on July 3rd at his first vet visit. He has been living with me since July 4th when I picked him up from his emerge temp foster Mama and this boy is just WOW!

One of the things I love most about him is his horse like blowing/huffing and snorting when he is unsure….he makes it very clear he is not 100% sure yet reassures so beautifully.

Thank you to his lovely Vet at KAH for being so wonderful! 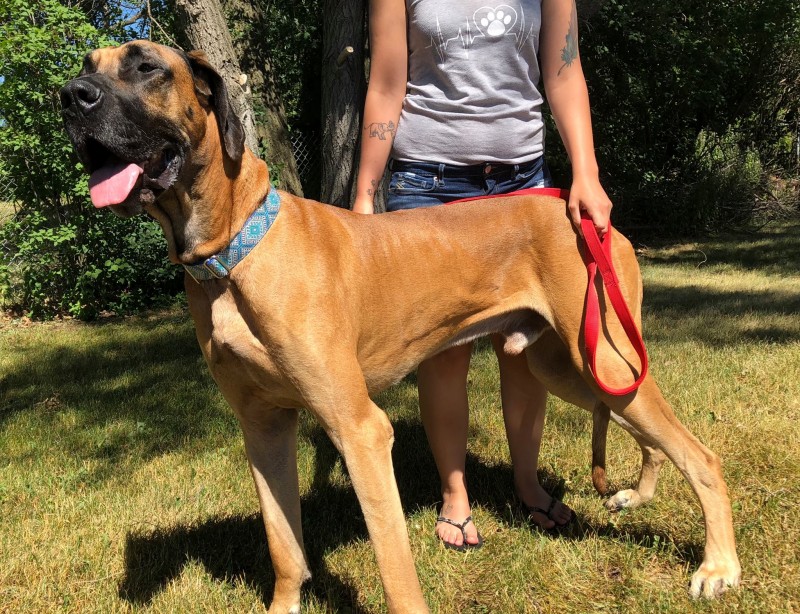