This gorgeous BBBBB was back at KAH tonight for his boosters, a re-weigh, next exam etc.
BHRR’s Dickens!
He is up another kg(2.2 pounds) and while he still has another 10 or so pounds to go, he is looking really good overall now. The muscle mass and tone that he is getting is wonderful.
As a young growing boy – ~ 125-130 pounds should be a great ideal end weight for him when he has finished maturing. He is so nicely in propotion. Beautiful head on this boy and those ears…..
His Vet commented on how gorgeous and shiny and healthy plus glossy his coat is now looking. ? It was so coarse, dry, dull, flaky when he first arrived.
He is now fully integrated with all of the dogs and for a dog that we were told was ‘aggressive’ to other dogs, he has not had one issue. He jockeyed for position with BHRR’s Ryder a bit as both are the same gooberhead age and that has all settled down nicely.
His BFF is BHRR’s Rubble! Those two are such hamburgers! They will hang out and play all day together. Two very ‘manly’ dogs that seem to forget their tough big boy image when it comes time to play. They are awesome together!
His one thing is men in hats…that stresses him out and he still does have some barrier reactivity in the car so tonight, we again drove through as many drive-thru’s as we could and by the third one, he did not have a care in the world.
Remember that a reactive dog is not trying to give us a hard time….they are trying to tell us that they are having a hard time. There is a big difference and people often mis-use the word ‘aggressive.’
He has also come a LONG way with his obedience. His Vet was deeply impressed that he is actually almost a gentleman now! ? He showed how nice he could sit and takes treats gently and while another dog in the waiting room was barking and pulling, BHRR’s Dickens sat on the bench beside me calm and quiet and watched passively. PROUD of you!
The inside of his ears are still not something he enjoys having touched yet since he first arrived he has make leaps and bounds. We could even do two ear swabs on the left ear and other than some rare yeast found, both ears are healthy!
Temperature taking was a no-go via the ears.
He was a bit unimpressed with his back feet being lifted up yet realised that he was not going to be man handled and relaxed.
He has a super thin coat and his skin is quite pink, normal yet pink and so he wears a doggie coat.
He is scheduled for his professional photo shoot next week – the 8th of February and after some more obedience – his leash manners are coming along well too! – and manners 101 plus weight gain, he will then be ready to make his own special announcement.
He will go to an experienced home only. His personality is huge and he needs someone to be positively balanced in their approach to handling him. A calm, quietly confident home that is going to help him continue to be the best dog he can be and call him out when he is being a total boob yet know the difference between what makes him stressed and when he is just being an idjit.
He enjoys getting a reaction from people and a bit of an honest manipulator he is! LOVE him for it….if people are going to let him take an inch, he is going to take it and then try for more!
He is becoming more and more affectionate as he learns about helping hands not hurting manhandling hands.
He is so wonderful……and not for the faint of heart!
He is perfect in all of his imperfections and has a ton of potential that we are only just beginning to truly tap into as he allows us more and more into his world! 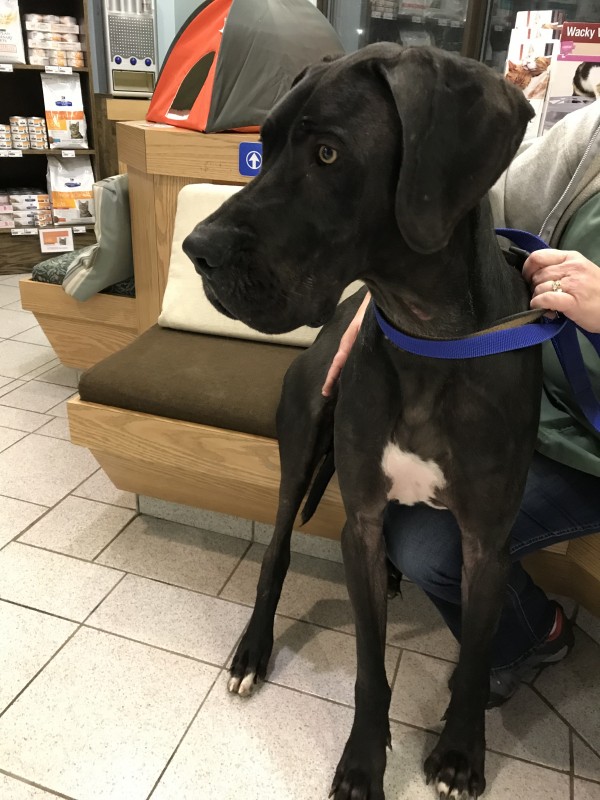 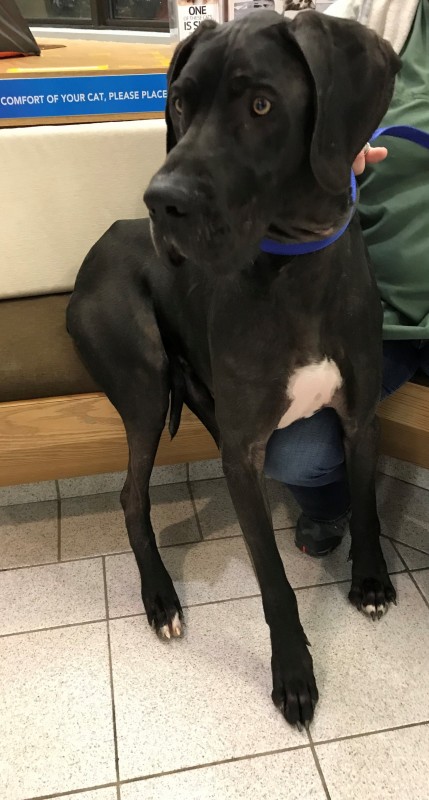