Tonight – November 16th, he was back for another recheck at KAH.

Tonight, he was re-weighed, examined, temp remains normal, still has swollen lymph nodes and is now having his Prednisolone increased and had ear cytologies done again and he has cocci and rods in the one ear.

I did his nails again also tonight.

He will begin ear medication and his dosing of pred will be increased again this week. He was put on interceptor and we are running a fecal as it is time for another fecal for The Bakers Dozen! Fecals done to date have been negative and all puppies have been de-wormed per proper Vet Protocal at 2,4,6,8 and then will be de-wormed again at 10 weeks.

We will be back next Tuesday to KAH for another recheck, re-weigh etc.

Treatment involves topical therapy with antibacterial shampoos, antibiotics and prednisolone. This treatment will be continued for several weeks. 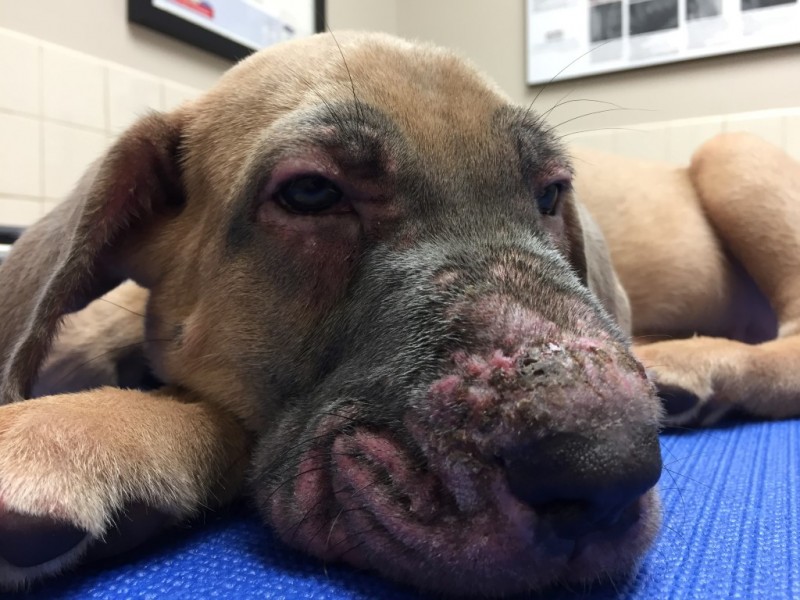 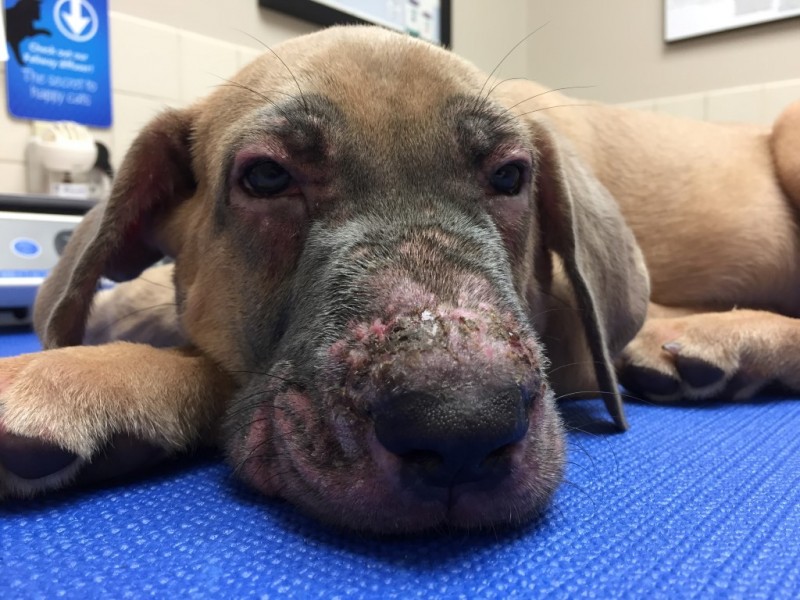