He weighed 9.2 KGs(20.24 pounds) at 7 weeks of age at LAH November 7th – he had ear cytologies, temp taken – still normal – and ears cleaned/ointment put in them and he still had swollen lymph nodes and had been re-weighed. His ear cytologies showed skins cells from inflammation.

Tonight he weighed 9.9 KGs(21.78 pounds) at 7 weeks of age at KAH – he had 3 more skin scrapings, was re-weighed, examined by two Vets, temp remains normal, still has swollen lymph nodes and is now having his Prednisolone increased and is being changed from clavaseptin to clavamox and dose is also increasing.

We will be back next Thursday to KAH for another recheck, re-weigh etc.

Treatment involves topical therapy with antibacterial shampoos, antibiotics and prednisolone. This treatment will be continued for several weeks. He was prescribed clavaseptin and prednisolone. 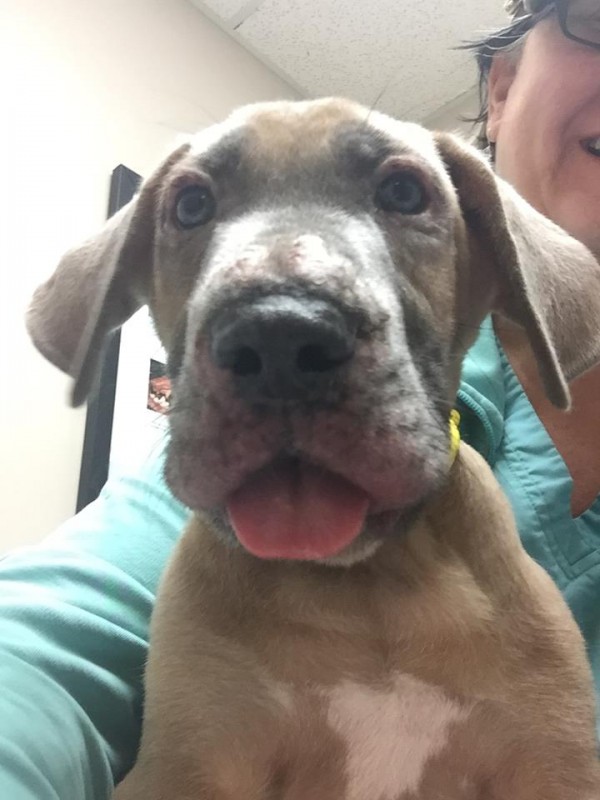 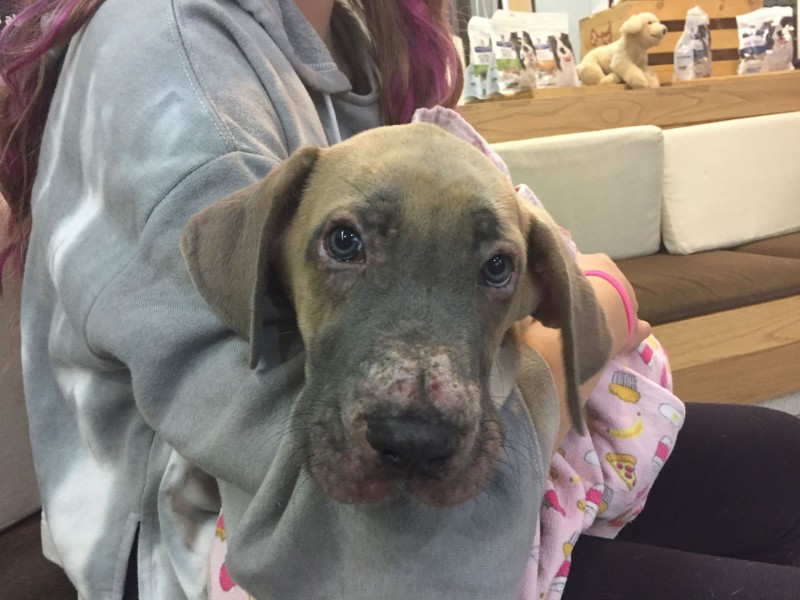