I rushed him into Kanata AH for when I got home with BHRR’s Everly, we were getting ready to feed and the pups had been moved to their stimulation area – Sean and Kids were home ahead of me and had most things ready – and BHRR’s Murray LOVES his food!

I immediately called KAH as I suspected a possible allergic reaction – to what I had no idea as they have limited exposure to things. We did open up a new pack of Pee pads today and they were now getting a different puppy canned food transitioning as of yesterday for they stopped liking the PVD Essential Care Canned. Nothing else has changed for The Bakers Dozen.

We are now at KAH and as I am here, there will be a delay of the 7 of The Bakers Dozen that were going to go up tonight for adoption.

He has had an initial assessment and two Vets have diagnosed juvenile cellulitis. He also now has swollen lymph nodes. Per his Vets, onset is very sudden and often mistaken by many as being an allergic reaction.

Treatment involves topical therapy with antibacterial shampoos, antibiotics and prednisolone. This treatment will be continued for several weeks. He has been prescribed clavaseptin and prednisolone and I gave him his first doses and we now await for the Vet to come back.

The bills continue to rise for The Bakers Dozen and if anyone may consider a donation you can donate direct to Kanata Animal Hospital 613-836-2848 – we are here now! 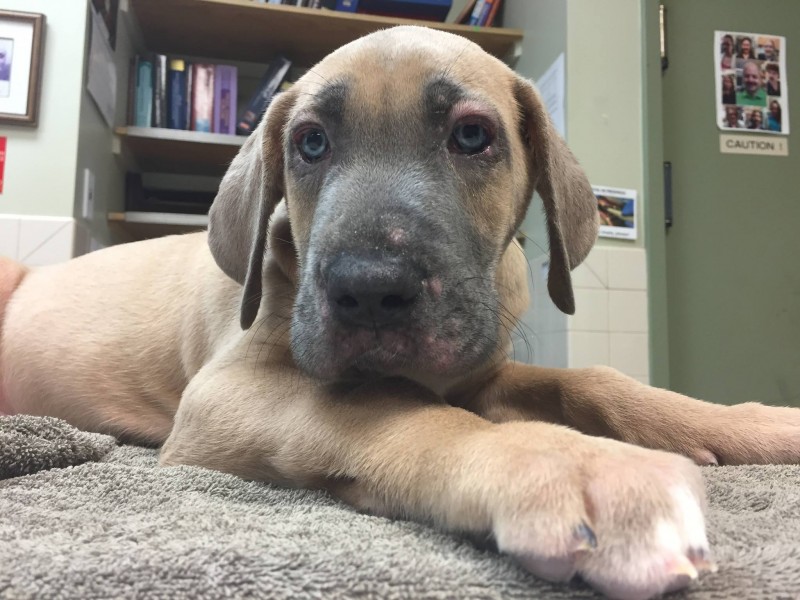 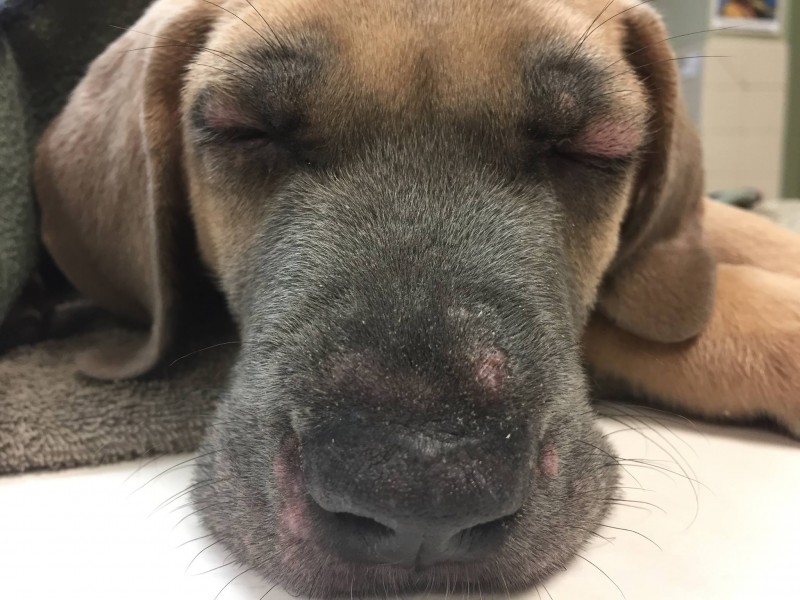