BHRR’s Latte was at the Vet last night.

She weighed 92.84 pounds. The two Vets that saw her are in complete agreement with me that she needs muscle tone/mass and to put on another 10-12 pounds of weight and she will be fabu.

We investigated the wart on her right front foot, the two skin tags on her back left foot and the scar on her right elbow area.

We did a needle biopsy of the sizeable mass on her left scapulae area and it is a sebaceous cyst. So as long as it does not enlarge(much smaller now that we removed some contents) or get infected, it does not need to be surgically removed. Same with her wart and skin tags.

Her ears were heavily waxy and we lightly cleaned them and will more thoroughly clean them as she gets settled in.

Her teeth are so worn the poor thing. So worn they are super small and non existent in many areas ….the left side is worse than the right and we need to re-visit this later as we did a lot to her.

She had vaccines and will go back in four weeks for a booster.

In having her nails done a mass/lump on her left front foot was discovered. It is really inflamed(picture in thread below) and as she had had more than enough of poking and prodding, when she goes back for a recheck we will re-visit.

The one Vet feels that with the way that she walks – eastie westie almost and with her nails having been so long that she was walking abnormally on her pads. She would like us to monitor and observe to see if now that she is on a grass and sand foundation plus with her nails really short if that improves. If not, we shall biopsy via a needle to start and go from there. Her right front foot has a smaller less irritated area yet does not appear to have the same type of lump/mass.

Her eyes are bad. Her right one has a strong suspicion of a cataract. We did a fluorescein eye stain on both eyes for her Vet to better view the eye and we shall also re-visit this at her recheck and go to a specialist if required.

Her left eye has a small growth in the corner under the lids.

Both eyes are red, irritated and infected. She is now on Tobradex, 1-2 drops every 12 hours until we recheck in a couple of weeks.

Once the infections and inflammation goes down it can be better determined if her entropion requires surgical correction or is it the growth and cataract causing her eyes to be this bad and the entropion is not as severe as it looks right now. Her left eye is worse than her right.

She does shake on her back right leg. Hoping that increased muscle mass/tone shall greatly help that and we will check for hip and knee dysplasia the next time she is in…she did more than enough!

I also microchipped her and we are running a fecal.

She is being de-wormed and is on Revolution and shall start Bravecto shortly.

I think that is about it…she did so well!!

Her crate training is going excellent and her leash manners are improving! She is one of the nicest/sweetest Neo’s we have ever had and we have had many incredible ones! 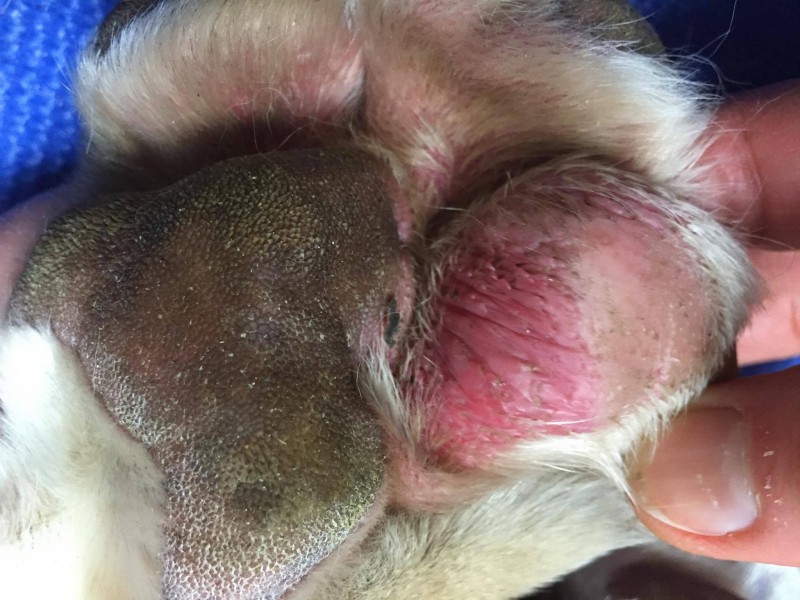 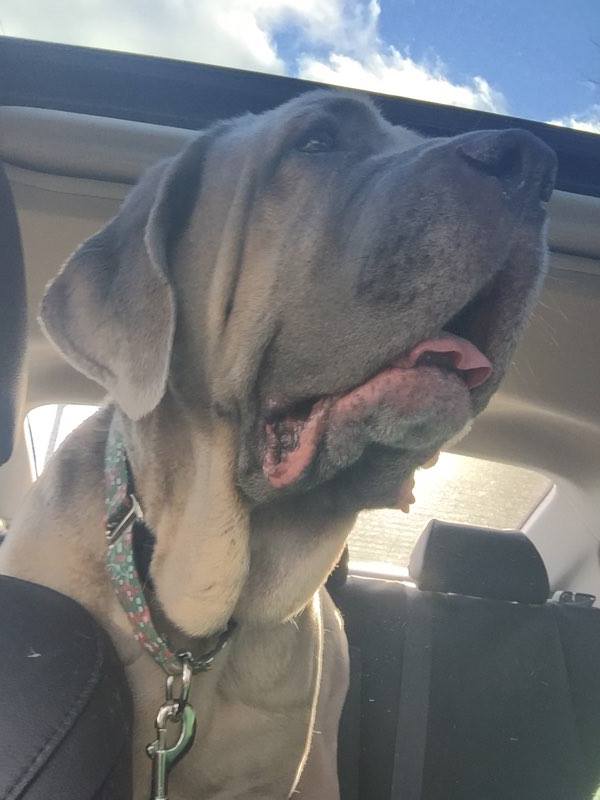