Someone is having a great special picnic experience!

BHRR’s Ivy, one of our gorgeous BBBBB’s who remains available for adoption!

AND here is their testimonial from their special picnic play date! 🙂

Just a quick note to let you know how things are going.

Ivy settled down well for the ride and it was all of five minutes before Sally and Ivy began to wrestle. They go in spurts with their play and seem to have a lot of fun.

We took them for a walk to the park to burn off a tad bit of energy. Ivy settled into a nice leash manner about ten minutes into it. She met several strange dogs and people, but was amazing with them. She did not react to any of the barking or hostile dogs and greeted the friendly ones very nicely.

She loves toys and has been cleaning out Sally’s toy bin every hour or so. She is such a goof! Sally tries to play tug a war with her, but it only lasts one tug!

She loves all the kids and guests and can be quiet calm at times. Hard to get a picture because Ivy has to check out everything.

Ivy did begin to bleed from one of her nails, so we put flour on it and that stopped it. Looks like just too much play.

She is so lovable! Lots of kisses and lap sits on the floor.

Having a wonderful time.” 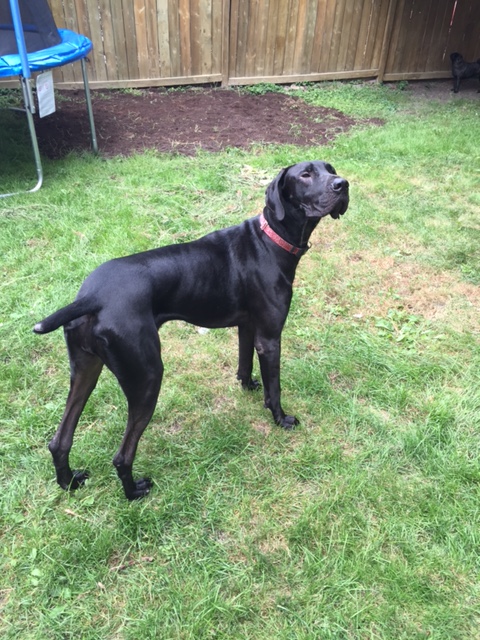 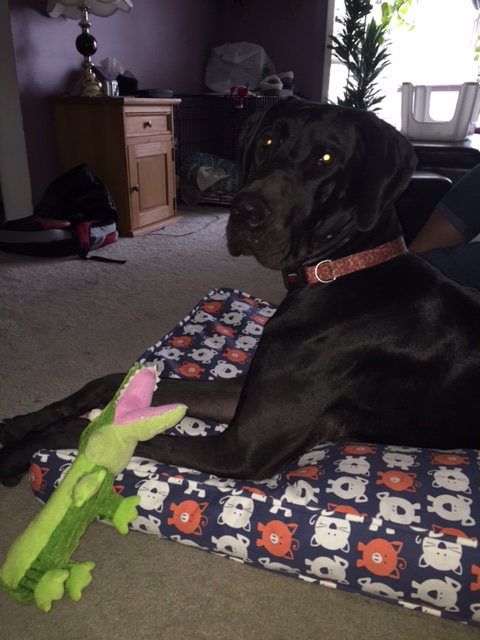