GUESS Who?
This is BHRR's Braveheart – not the greatest photo yet, he was looking at our 13 gallon freshwater tank in the sun-room and, the best I could snag.
In less than 12 hours, he was already integrated with some of the dogs, doing wonderfully, had eaten some food, wagging his tail some and, boy does BHRR's Kricket ADORE him!
Less than 24 hours later, he has been almost fully integrated with all, eaten some more food, making a couple of friends, beginning to become even more affectionate and, just now, he asked me for love for the very first time! He has been settling in much faster, than anyone would have thought or predicted and, he will continue to call the 'pace' as we work on providing all the set-up for success opportunities that he deserves.
He and BHRR's Kricket have something really special going on….she was determined to 'win' him over. THE only other dog that she has connected and loved instantly so much to date, has been BHRR's Ivy. She likes all the dogs yet, she has a really special relationship with BHRR's Ivy and, even now, she is 'showing' BHRR's Braveheart what fun it can be to race around my house at almost midnight!
AND, HQD is just laying upon her 'throne' looking upon them with approval and looking upon me with her usual disapproval as I want the 'no running in the house' rule enforced!
To think that less than a week ago, he was 'poled' to get out of his run at the shelter, people were afraid of him, and, he was described as being severely aggressive to dogs, and people and not just extremely undersocialised etc.
AND, if it were not for his shelter angel, Tammie, he would have been pts on Friday…..she advocated so strongly for him, contacted us and, the rest is history. LOVE working with this shelter….amazing people.
Honored and privileged as I have said previously to be a rescue partner of theirs.
I cannot wait until I get home from work tomorrow and do one of our famous Winter Wonderful Video's for people to 'see' just who this boy is and, the potential he has!
He is a heavier marked Harle, young – maybe 18 months and, such clean markings….
AND, while some have found his eyes to be intimidating…to me, they are lovely…..
So, ends the first 24 hours with this magnificent creature that is starting to trust and believe and, accept hands of help and love over hurt and rejection…..
Yes, he has a path for sure that he needs to walk of healing and rehab and confidence building and acceptance of there never being another day of bad things in his life again…..yet, I will walk this journey with him, each step of the way…..right by his side!
Encouraging him, supporting him and, believing in him!
BHRR's Braveheart is just one of the many specialized reasons why BHRR exists…..why, our programs are needed….. 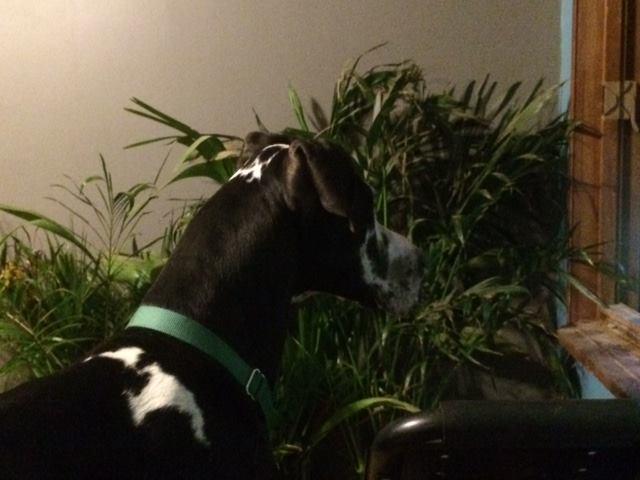