I have added 2 new pictures to BHRR’s Potter’s slideshow from March 13th, 2010. I am slowly catching up in adding those pictures of him! I wish I was the also the bearer of better news YET I am staying optimistic at this time. Last night, Sean and I found two lumps near/side/above Potter’s hip on the side that he had his leg amputated back on November 20th, 2009. 🙁 We are now 7 months post-op….just 7 months and per research discussed with various of his Vets; growth rate reported indicates that dogs that have tumors that grow greater than 1 cm per week have only a 25% chance of living an additional 30 weeks. Potter’s MCT last November was very aggressive, fast growing and it happened at such a young age. It was first noticed on the Saturday November 14th and we had his leg amputated on the Friday Nocember 20th. We were aware that his prognosis was that he had up to a 50% chance of having another MCT grow in the same area and 80% chance of another MCT within the first year based upon his specific situation of age, breed, type of MCT etc. The natural behavior of mast cells suggests prognosis of this tumor depends on the species, breed, histologic grade, tumor location, clinical stage and growth rate. Many dogs have developed another MCT at a distant cutaneous site yet Potter’s bumps/lumps are on the same side and area of his limb amputation. Those MCT’s found on other dogs with distant cutaneous MCT’s were considered to be de novo tumors (rather than cutaneous metastases, which have not been reported) and were diagnosed from 2 months to 4 years later, with a median time to diagnosis of about 1 year. Metastasis was rare, occurring in fewer than 3% of dogs. At this time, I am going to continue to remain calm, positive and take it one step at a time. Could be some type of benign bumps, lumps or growths such as a benign histiocytomas(which Boxers are prone too) and are most often seen in dogs <3(of which Potter is not yet 2) that can look the same as a MCT and everything crossed for Potter. I am also well aware that this will not be the first ‘scare’ for all of us with Potter based upon his breed and history with a MCT. Keep him in your thoughts! We are also still trying to raise another $1,122 to pay for the rest of his Vet/Rehab care for his Potter’s Path. Please consider supporting Potter! He is one of the neatest dogs you shall ever have the pleasure of meeting!!! 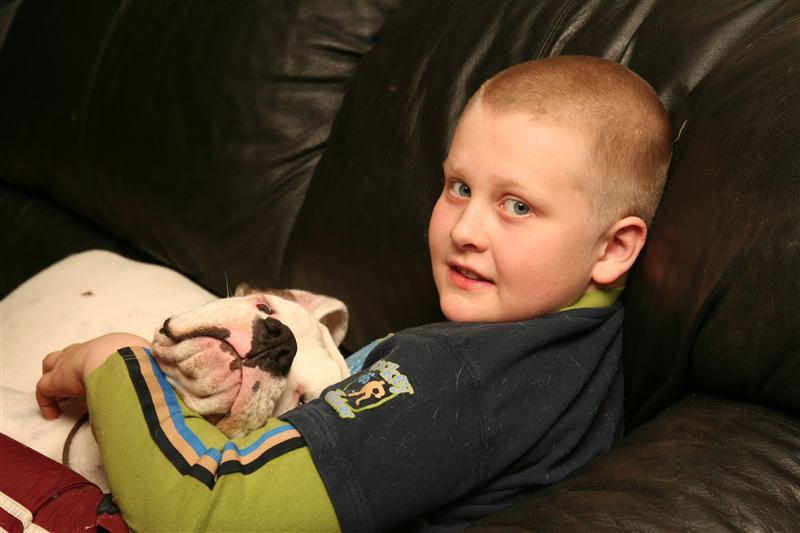