I picked up BHRR’s Apollo today and what a NICE looking boy! I will have to measure him yet I would say around 36″ – 37+” or so and last weight is not really known. I was told around 165 yet he looks to be no more than 140 pounds. His mask is not a full black mask and I have added 10 pictures of him from when he arrived at BHRR. I am going to add two below. He is a handsome dude! The owner told me that he will chase squirrels, has not been tested around cats and about half an hour before I arrived, pooped out yet another sock. I will be drawing blood to take in for a heartworm test soon and I have his Vet records from when he was neutered(April 8th, 2010) plus his vaccine history(Bord, Rabies & DA2PPL on April 8th, 2010) from his this home when they got him in April. I will put him on Sentinel and he is microchipped. His previous home is going to contact the home they got him from to ensure the microchip information is transferred to BHRR. He was living with another dog, a lovely flashy Boxer and a three year old child. I so appreciate his previous home telling me some of the reasons why they are surrendering him. While they were training Apollo to stay on their property(they have invisible fencing); he went off the property and greeted a young man(around 20) who was walking a Doberman and though nothing happened from either dog – Apollo wanting to greet in puppy exurberance; the young man went home, talked to his mother and a complaint ensured causing stress/worry. It is often the ‘big’ dog that is blamed for things and it is most unfortunate. They are worried that what if Apollo accidentally bumped a toddler on the road what would happen with complaints in their subdivision and did not wish to put him on a chain in their yard. They also just found it a bit too much with such a giant dog in their home. I was told that they added Apollo to their home when they lost their other dog and wanted a second dog again. They found him due to a family in the Montreal area wanting to rehome him due to a medical condition(undisclosed to me). They were very responsible and caring with Apollo and made a very generous donation to BHRR for his care. They also donated Apollo’s dog bed and a couple of other dog beds they were no longer using. This home was the one that gave him his vaccines and neutered him. I was told that years ago they had found BHRR and felt that we were a highly responsible/quality program with our very stringent mandates in regards to placing our dogs. I invited them out to our next BHRR Mini Open house in June so that they can see in person what we do and if BHRR’s Apollo has not yet been adopted, see how he is faring. He will not be placed up for adoption until such time as I have done his heartworm test, provided more obedience(leash manners, recall & distraction work etc.) plus get to know him much bettter including a full assessment/evaluation. Right now he appears to be one mellow boy and we shall see what happens as he settles in! AND what a great traveller in the truck. Ideally, we like to keep them here up to a month+ before placing them up for adoption. He is a young boy and quite ribby and we shall work on putting some more pounds on him as he matures / develops. I am also am going to be watching his hind end, in particular the left side for the next while as he seems a bit stiff. WELCOME TO BHRR Apollo! 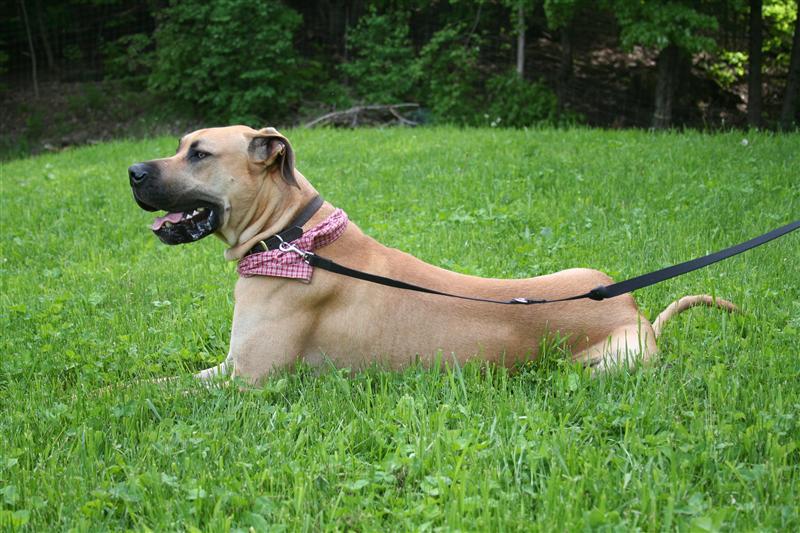 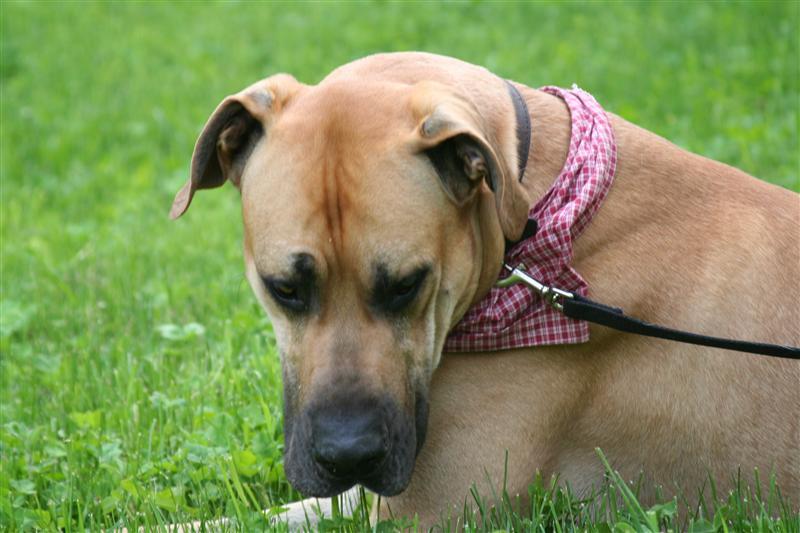