GENTLE REMINDER & UPDATE – The March 22nd PV Stittsville Nail Trim & Grind Event(poster in previous blog post) from 10 AM – 5 PM will NOW also be used to also help BHRR’s Porridge – Rushed into KAH March 19th for when I returned from being out of the country, he was not well. He had dropped 3 KGs(6.6 pounds), had a nasal discharge, flared nostrils, no temp yet, belly breathing and could not breathe with his mouth closed, had not drank anything in over 24 hours, minimal eating, lethargic, swollen lymph nodes and, could not rest on his side(his fav resting spot).

He could really use some angels. He is a HUGE BHRR fav and, at the age of just shy of 6 years, he is a true miracle dog! He was not expected to live to see his first birthday and definitely, not expected to see age 2. If anyone may consider his cause, I would be so indebted! He will be at PV Stittsville on Saturday March 22nd, FROM 2:30 PM – 5:00 PM to thank anyone that may show up to make a donation in exchange for cuddles and kisses! 🙂 You will have to just ignore his own long nails as, they could not be done and, as he cannot be sedated often to get them done, they are long. 🙁 🙁 A product of his past terrible experience AND, the only dog in our BHRR history PLUS in my over 4 decades of owning dogs, that has ever required having to be sedated for nails.

Even with the Dorm tonight, when, one of the staff at KAH just barely brushed by his feet, he freaked out. 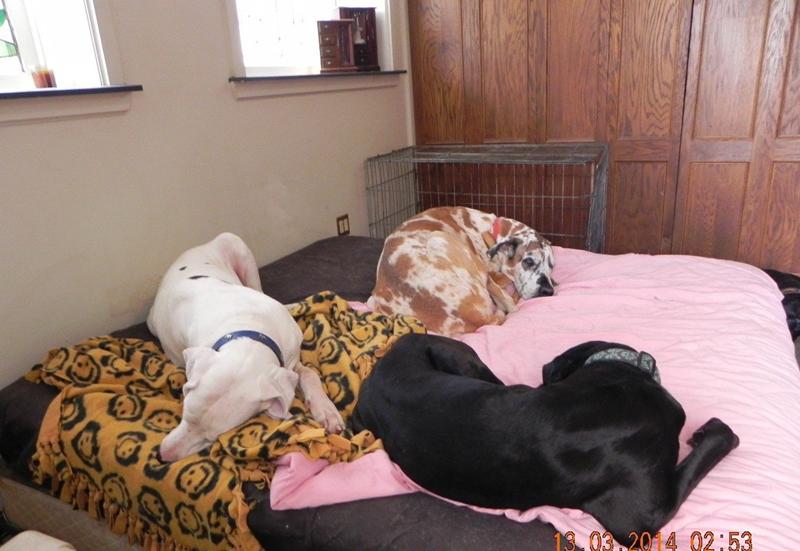