BHRR’s Koop arrived tonight. He was originally named ‘Cooper’ yet I am going to call him ‘Koop’. He is a 6 month old (Born August 30th, 2009), Merle(almost a chocolate hue to his coat yet he does not have the dudley nose or pads), male, intact(for now!) Great Dane Puppy. He is utd on vaccines(I will need to confirm his rabies for he did not have a rabies tag nor could I or one of my Vets see ‘rabies’ really tagged off on the paperwork sent. There is a faint mark in the area of the word ‘rage’ and we just need to verify this). His other vaccines are due December 19th, 2010 for sure. I did a heartworm test plus pre-surgical bw on him tonight for preparation to neuter him within the next while. This boy is from a woman who was given 48 hours notice to either move or find a home for him. Her contract with her landlord in Quebec states no pets and she had obtained a Great Dane puppy and there were complaints from people that he was barking. Apparently, there were a number of run-ins with the police and by-law. I need to determine now that he has arrived if his barking is from boredom, temper tantums and/or SA. When he was put briefly in the run at work, he barked up a storm and he did the same when he was put into one of the collosal crates at home yet he is now resting quietly as I type. I find that the second night is always the worst and by the time we hit the third night, most dogs ‘get it’ and begin settling into the ‘Gwennie Doggie Bootcamp’ regime. His paperwork indicates that he is fine with kids, cats and other dogs. In lieu of waiving the $150.00 owner surrender fee(it will cost us almost $400 to neuter him, $150.00 with heartworm testing/presurgical bw, another $200 a year in Heartworm preventative, $49.00+ for a fecal test, $63.00+ for at least one exam and $40.00 to microchip him let alone feeding, obedience costs etc.) that a ‘helping’ donation to BHRR for his care would be given. We were told this would arrive by PayPal and hopefully it shall shortly for we are looking at over a $1,000 just to get BHRR’s Koop ready to be adopted and we have much on our plate with BHRR’s Ava Marie’s own Vet/Rehab Vet Bills. As he needed to be out of the home within 48 hours and we did not wish to see him put into a HS or pts, BHRR committed to his welfare. Koop is definitely not lacking in confidence that is for sure, another reason to neuter him and his leash manners are ZERO! By the time I got him home, he was a wee bit better in the hands of an experienced person yet at 39.6 Kgs(87.12 pounds), he is not a small boy and most likely will top off around 120-125 when fully grown. He is also fairly tall and I will get a height on him later. I am not worried about his integration with the other dogs either and he will be neutered shortly. He has already been intergrated with BHRR’s Cherokee and I think that in a few days, he is just going to settle in like no tomorrow! He is full of spirit and personality and I as many know, I love those types of challenges. He is also very francophone and we will work on his bilinguism. BHRR’s Shiva and BHRR’s Albert came to us very francophone too and I speak to them both in French and English now. I really am looking forward in getting to know this boy and I am hoping that within a month, he can be placed up for adoption after his neuter and after getting to know him better and determining what home is best for him and also what his ‘barking’ issue is and stems from. Right now, as mentioned, he is quiet as a lamb in his crate and I know that when I leave the sunroom, he will begin to bark and let the ‘tough’ love begin. He needs to learn to love his own company and the mental plus physical stimulation that he is going to obtain at BHRR will keep him more than tired and occupied. This boy is smart, that much I can tell already and he is eyeing me up and testing me as much as I am doing the same to him!  😛 I am adding two pictures below of him tonight and I apologize that they are not the best yet it was very dark when I arrived home and I am keeping him segregated from others at this time for with all the young ‘uns here it would be quite the flurry of activity if I began the full integration tonight! Sean would not be getting much sleep at all yet I look forward to tomorrow and the next few days and I think he is going to have a blast here. WHO does not love a puppy!!! LOL Though, I would have been more than happy to know that he was that incredible Senior at 7, 8 or even 9 years of age too! I just love all the Great Danes, no matter their ages! 😉 NOT YET AVAILABLE FOR ADOPTION!!!! 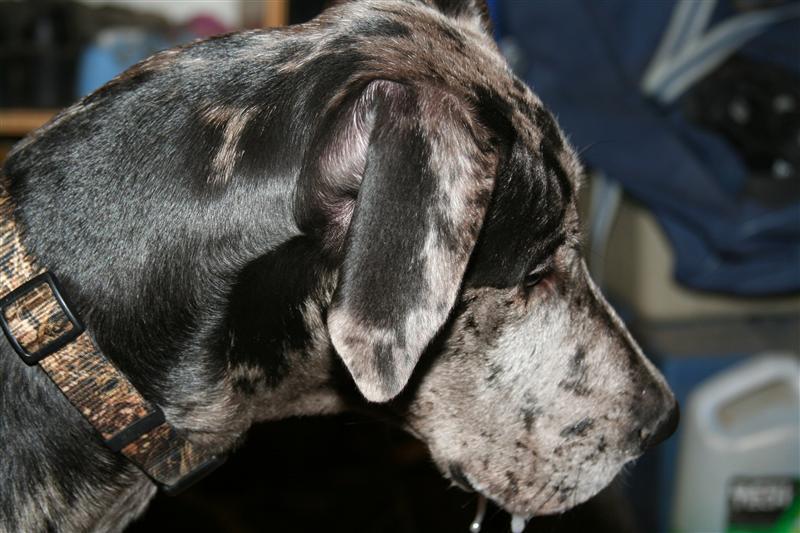 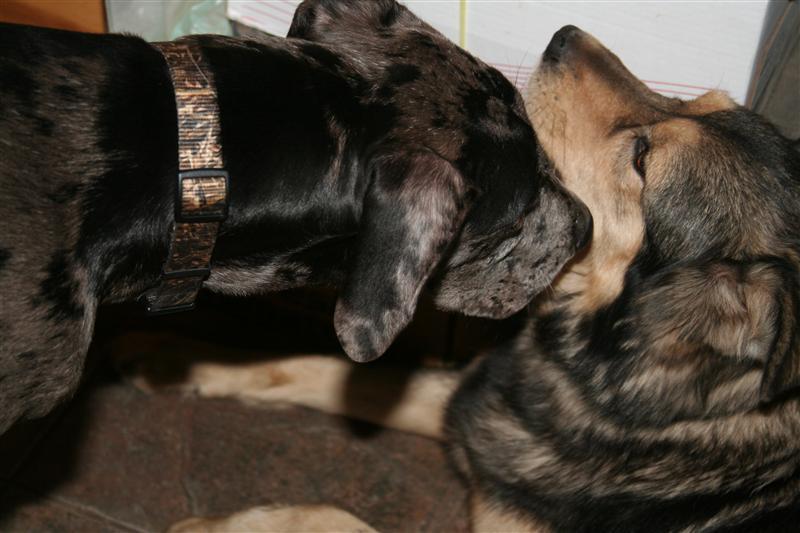