A blog post for sweet BHRR's Holden is LONG overdue! Many of our guests that attended our June BHRR 'EXPERIENCE' Mini Open House commented on how gorgeous this boy is and they are right!

BHRR's Holden has become so much better in regards to change. He has seen dogs come and go to various play dates, appointments, to foster homes etc. and new dogs come into BHRR and in the beginning he had some 'worry' over all the action and change.

Now, he is so much more comfortable and even a bit curious about things. He did have his nose out of joint somewhat when BHRR's Broker came into BHRR and it did not take long for both to be fast friends! BHRR's Holden has come a long way in understanding dog-to-dog acceptable communication and does not stress or grump or move away as much any longer when things get rowdy! Many a day you can see him in the fray doing some playing yet he prefers one-on-one or two-on-one play. Too many dogs makes him almost roll his eyes and be a bit disgusted over the antics and he will walk away! If play escalates to a certain level, sometimes he can take some exception as then he gets confused yet he is handling and understanding all different sorts and manners of play that dogs can do.

One of the things that BHRR's Holden enjoys soooooooooo much is watching the other dogs. He has a special spot in the fenced in area that he will lay down and just observe and he really does seem to take much enjoyment.

His best friend has to be BHRR's Broker right now BUT he has been seen playing and sleeping(do not tell him that!) ever so gently and nicely with the now almost 3 month GD pup in the house. He is really good with the young ones AND that speaks volumes on his temperament, personality and patience level.

He loves Bleach's couch…..I think many a day it is not Bleach's couch but BHRR's Holden's or BHRR's Benjamin's! OR even the new almost 3 month old GD pup here!

He is so good about minding his manners in the house, only 'loses' his brain here and there with some on the spot playing with BHRR's Broker. He prefers to sleep in his crate at night and gosh, when he comes up to ask for love with those eyes(YUP! Those eyes!) your heart just pools into sheer love!

He is quiet, low maintenance and at our BHRR 'EXPERINCE' Mini open house, he handled all the attention with calmness, a wonderful level of comfort plus maturity. When he was tired, he just took himself to a crate to have a nap or to watch the younger goobers do their 'thing' of greeting the 'fresh meat' when new people arrived to the house.

He is a great dog and will make someone a fantastic, loyal and the best companion ever! We have only had one email inquiry on him and that has been it. The thing about a mixed breed dog is that there shall never ever be another that looks quite like them and that is another so very set apart special thing that BHRR's Holden has.

We remain patient for we take in mixes as much as we take in purebreds and there is no rush as always! 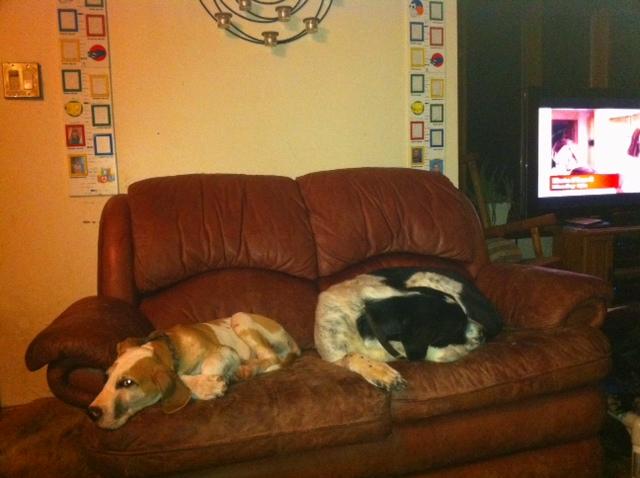