BHRR's Benjamin attended our 4th Annual Microchip/Nail Trim & BBQ Fundraiser on Sunday July 17th, 2011. This boy continues to just make me sooooooooooooo proud of him and all that he has accomplished in his short life!!!! He was quite mindful of his 'handler' for that day; one of our BHRR Volunteers. 🙂 I adore this boy!!!! AS did so many others.

He also attended Day 1 of the TAKE THE PLUNGE EVENT on July 23rd, 2011 AND when the organizers of this event issued a 'Rescue Challenge', I KNEW who I would be bringing. Originally, BHRR's Benjamin was to come with me on the 2nd day, the 24th yet with the Challenge happening on the 23rd, I changed things up slightly. I was determined to bring a Giant that had been bounced around in so many homes before the age of 1, lacked training and in just one week with BHRR; he knew his name, sit, lay down etc. I wanted the WORLD to see just what I saw in him re: potential in photos, from the very first moment I knew about him, long before he ever came to BHRR.

This Dane ROCKS! ROCKS! ROCKS! I knew that we had a good chance of winning and this was a big 'test' for him, distraction under major circumstances! 🙂 I also knew that he most likely would be the biggest in the ring and that for him to 'sit' in the musical/sit and stay Rescue Challenge would take him a few more seconds than smaller dogs to process BUT I could not have imagined partnering up with a better team mate for this competition. AND I knew this boy would be so much fun in the ring!!! He would make me smile with his antics and would provide the spectators with some great moments! This boy is so goofy yet so smart, not a mean bone in his body, affectionate, eager to please and I was so honoured to have him as my partner!!! AND for those that have been 'passing' over him as he is a GDX, truly, it is my gain!!!! For while we wait patiently for his right matched forever loving home to come along, I get to be the one to hug, cuddle, kiss him and be blessed by his amazing temperament and those eyes….and he is one GORGEOUS looking boy, nicely porpotioned and I am content to keep remaining patient. This boy is going to make me well up something fierce when it is his time yet I also know that the home that gets him is going to be as super specially wonderful as him FOR he will go to nothing less of a home than what he is so deserving off just as with any of our BHRR animals. 🙂

AND as for the competition, a slideshow below has been put together – photos courtesty of B. Element. We practised before ring time and the focus in one of those photos just catches my breath. HE was 'all on me' and for those who met this boy when he first came in to now, will attest to how far he has come and what an amazing dog he is!!

There were 15+ competitors and BHRR's Benjamim and I were the sole BHRR representatives(all dogs competing had to be in a current Rescue program) and the smallest dog was a CHI about 10 pounds and BHRR's Benjamin was the biggest at just under 150 pounds. 🙂

HE made in the top 5 and I did well up inside for this boy was impressive!!!! He became distracted by a Boxer who wanted to play and well, BHRR's Benjamin lives with a Boxer(BHRR's Potter) AND who would not want to play with such a nice breed! 😉 I worked on getting the focus back on me, yet the music stopped before I had 'him' completely back to me and we were the last to sit. THIS was such a fun competition, one that showcased many Rescues and many breeds of dogs out there in need of loving forever homes.

MOST of all, BHRR's Benjamin and I had a BLAST!!! It was $2 to enter per dog and the winning Rescue took the pot. HOW great was that!!!!

People that attended the Take The Plunge Event that visited our booth/tent could not believe that we had not 1, not 2 YET 3 very well behaved Giants there that day. AND on the 24th, I brought 2 Giants.

AND to show what a ham this boy really can be; I am posting a picture below from when I came home from being out one night with some friends back in June! I think he likes Bleach's couch!!! 😀 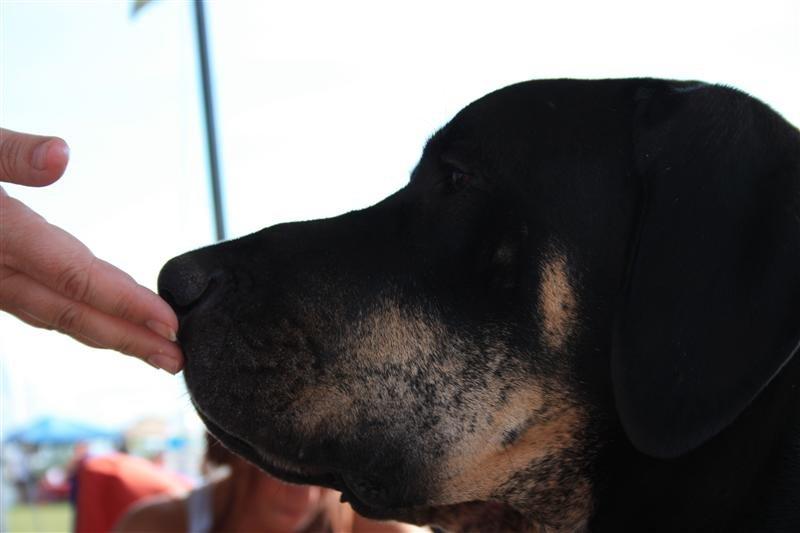 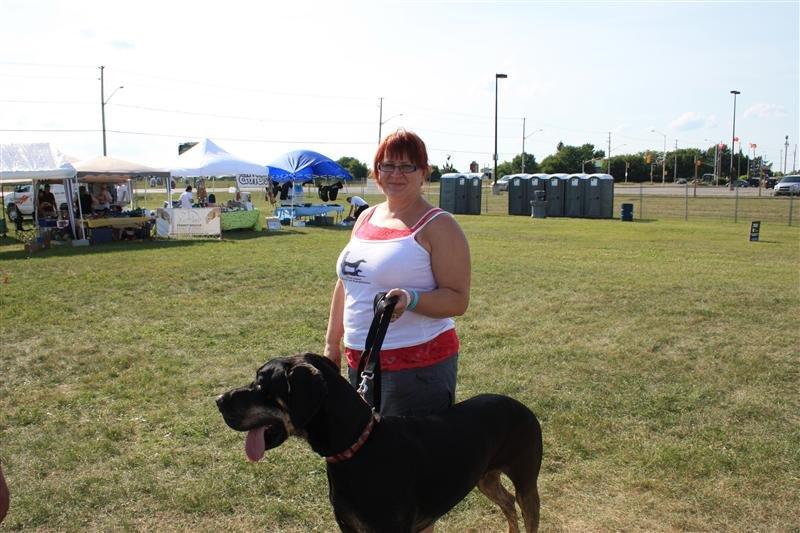 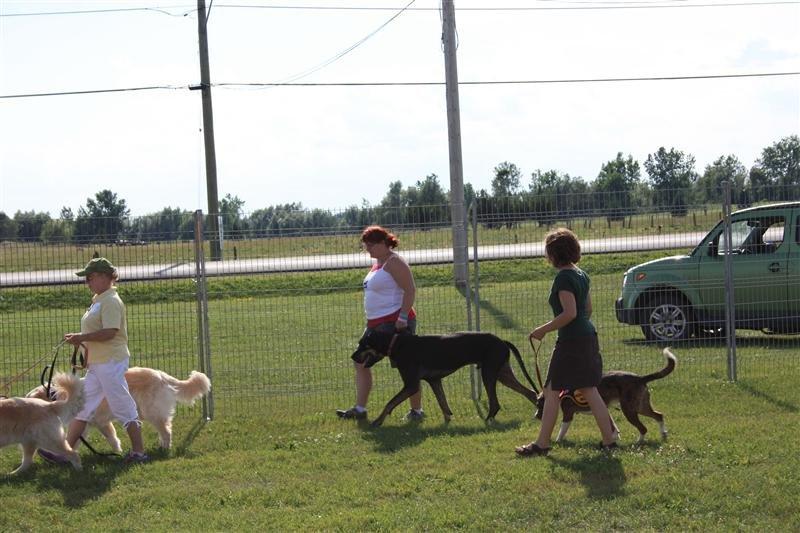 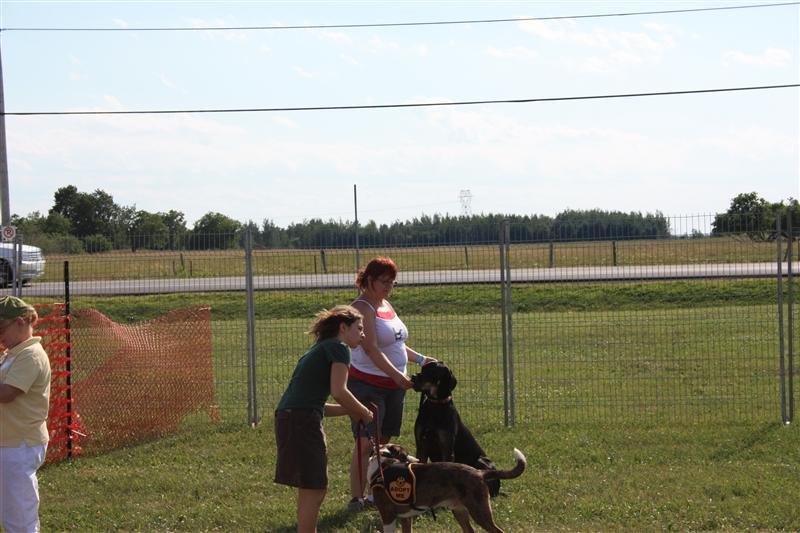 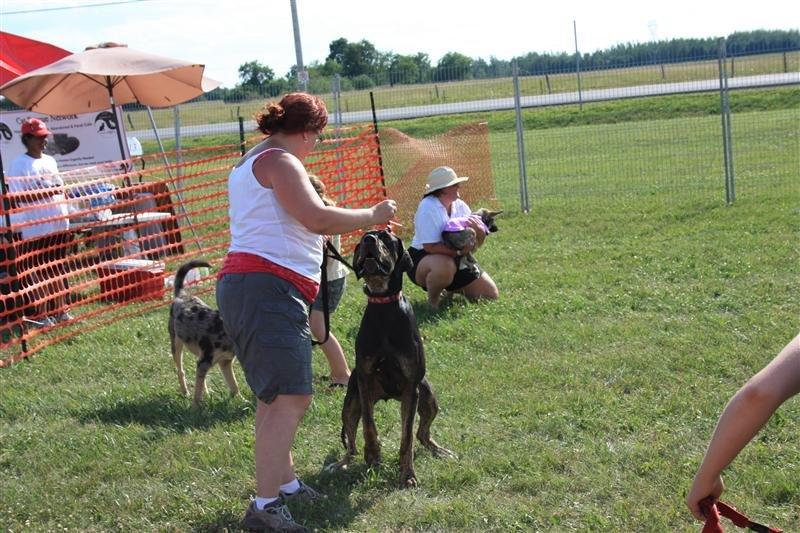 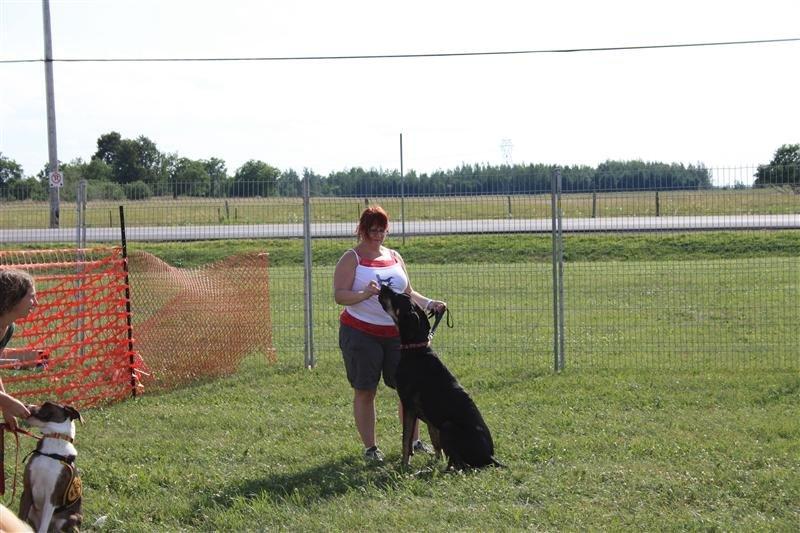 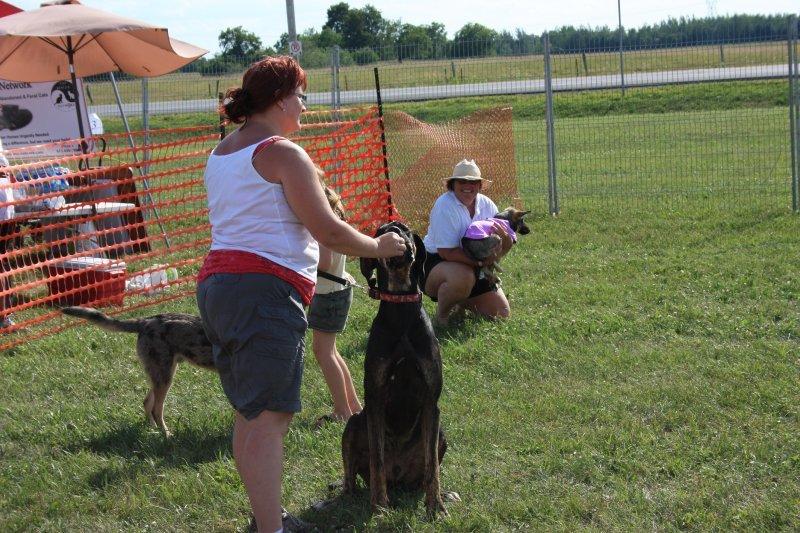 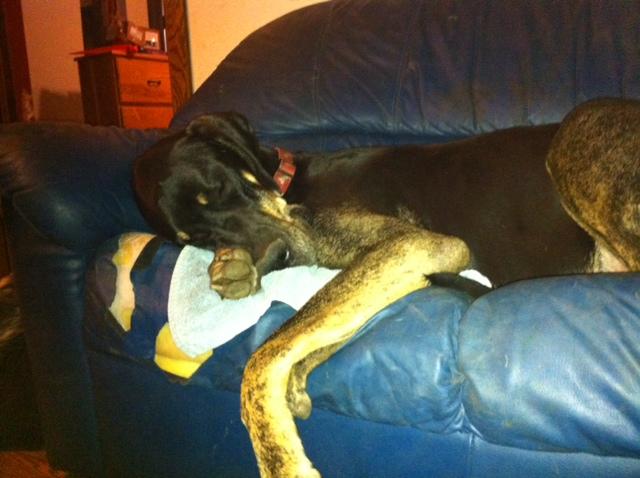 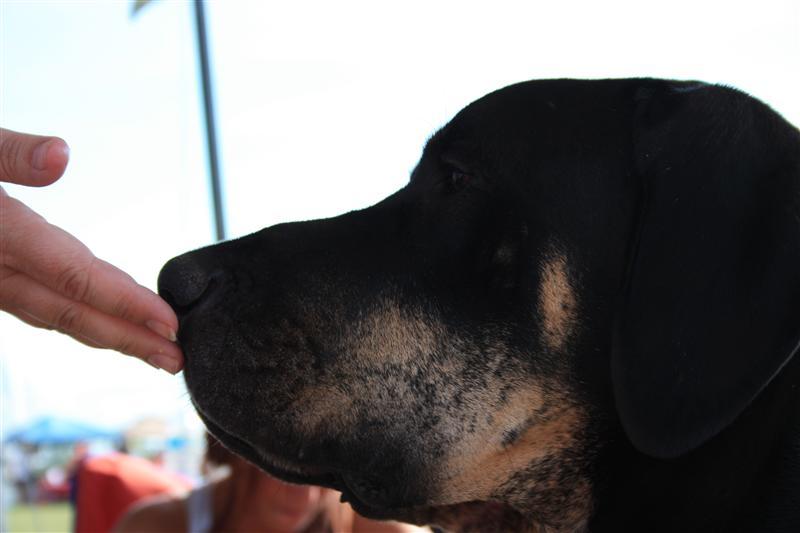