KB underwent another emergency gastronomy on Wednesday February 27th. He ate about 1/3 of his food that AM, vomited three times and we observed for several hours and when there was no improvement; brought him in for a 5:30 PM appointment. We know from experience that when he is ‘off’ his food, something is wrong. X-Rays showed another blockage and by 6:07 PM he was on the operating table. Surgery was done by 8 PM and we had KB/JB home by 9:40 PM and resting. The Vet pushed down into KB/JB’s colon what food he could and everything else was taken out of his stomach. The worry was that he might not survive another major abdominal surgery yet with having caught this blockage / obstruction so quickly; the success rate is prognosed as being very high. KB/JB finally began to poop on Saturday and what is concerning us a bit now is the drainage he is continuing to have from his incision site. He is on Baytril 150 mg, 2 tablets daily and I had him on the 100 MG chewable Rimadyl, two tabs daily for pain and now have moved him to Deramaxx 100 mg tablets, two tabs daily. Pictures below of KB/JB’s gastonomy. This boy is determined that we won’t ever be able to afford to re-side our home! 🙂 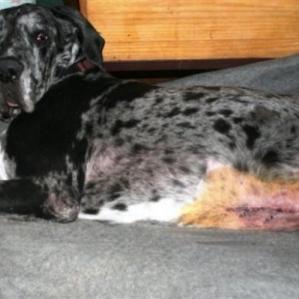 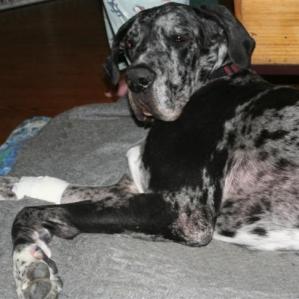 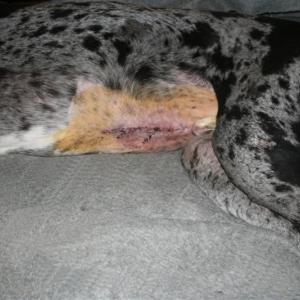 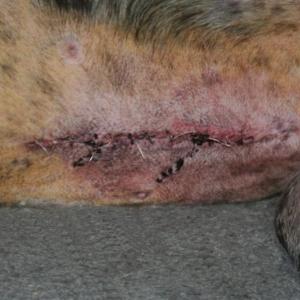 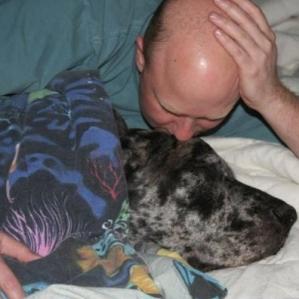