Yesterday, I was contacted by Mr. Jacks foster home to say his left eye is not right. They said that had noted some changes the day before and had been monitoring it.
An appointment was made for this AM, and out of all that I could have possibly been told – waiting to hear from the Vet yet his foster updated me – he has glaucoma.
Top pic – yesterday
Bottom pic – normal eye
To say I am stunned is putting it mildly. I had all of the Three Company’s Pups’ eyes checked out three times….as I was so open re: worrying if we may have to remove them. Each time, the pup’s eyes were cleared.
He was even neutered not even a week ago. No issues noted.
The surgeon I work with that does eye enucleations is retiring on Saturday too.
As always, sometimes you just want to give up when you work so hard to do all of the right things….
Also, as always, we will figure things out….we must keep the faith.
His special announcement has to be delayed, and we will update as we can. He has a recheck on Saturday.
We got you, Mr. Jack. 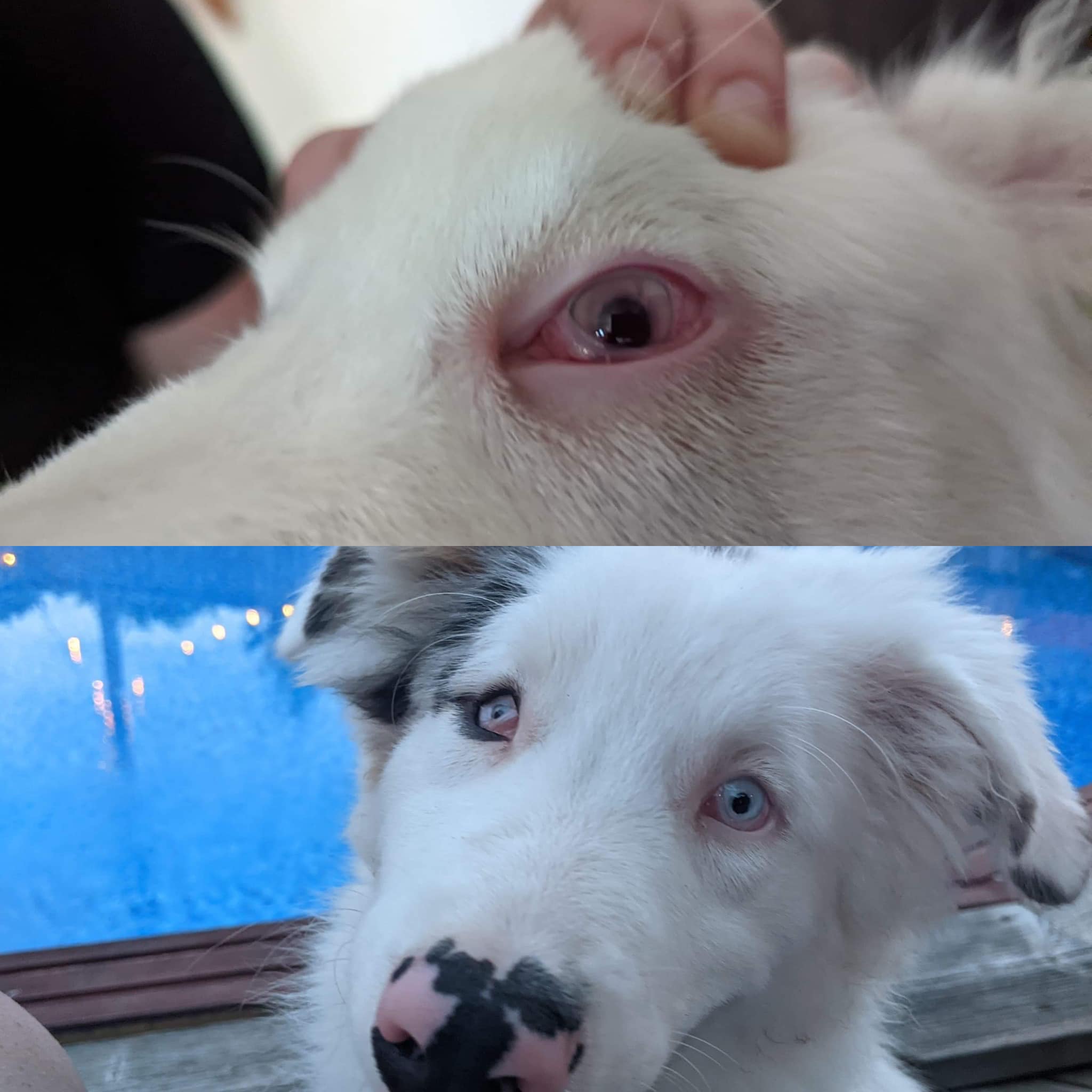