The Three’s Company Pups were at the Vet on July 28th for their final boosters – DHPP, Rabies, Lepto, Lyme, and Bordetella.
They were all re-weighed, and their next dose for flea/ticks & hw was dispensed.
Their weights ranged from 12.5 kgs(Mr. Jack) to 13.8 kgs(Miss Chrissy) with Miss Janet weighing 13 kgs. The girls are on the verge of being chubby, so adjustments are being made.
A different wonderful vet saw them this time – the Vet we have used for the past 18 years for our ortho plus eye enucleations, and they had another good look at their eyes.
The Vet agrees that while they have microphthalmia and recessed pupils, their eyes are not experiencing chronic pain or infections.
So, enucleations remain off the table for them!
Miss Chrissy & Mr. Jack do see some yet, Miss Janet is pretty much completely blind. She does not menace etc.
The Vet said that Miss Janet’s eyes were the nicest shape/size out of all three.
Both Mr. Jack & Miss Chrissy can hear a bit. Miss Janet is pretty much completely deaf.
Miss Chrissy & Miss Janet demonstrated excellent scent work in finding treats during the exam plus were very gentle in taking treats by hand. Mr. Jack was a bit eager plus mouthy when offered treats. He was not scenting as strongly as the two girls.
The girls are excelling with their touch training, including startle reflex. Mr. Jack also appeared to be doing excellent with his startle reflex.
Scent work is great mental stimulation for any dog, and especially for The Three’s Company pups. It is also a great skill to have for their immense quality of life.
Their next vet visit on August 16th is for their spays/neuter, pre-operative bloodwork, and microchips. We will re-weigh and dispense their next doses of flea/tick/heartworm meds at that time.
A few weeks after that, two of the three should be ready to make their special announcements! Miss Janet shall probably remain as part of our Haven program. Yet, we shall see! 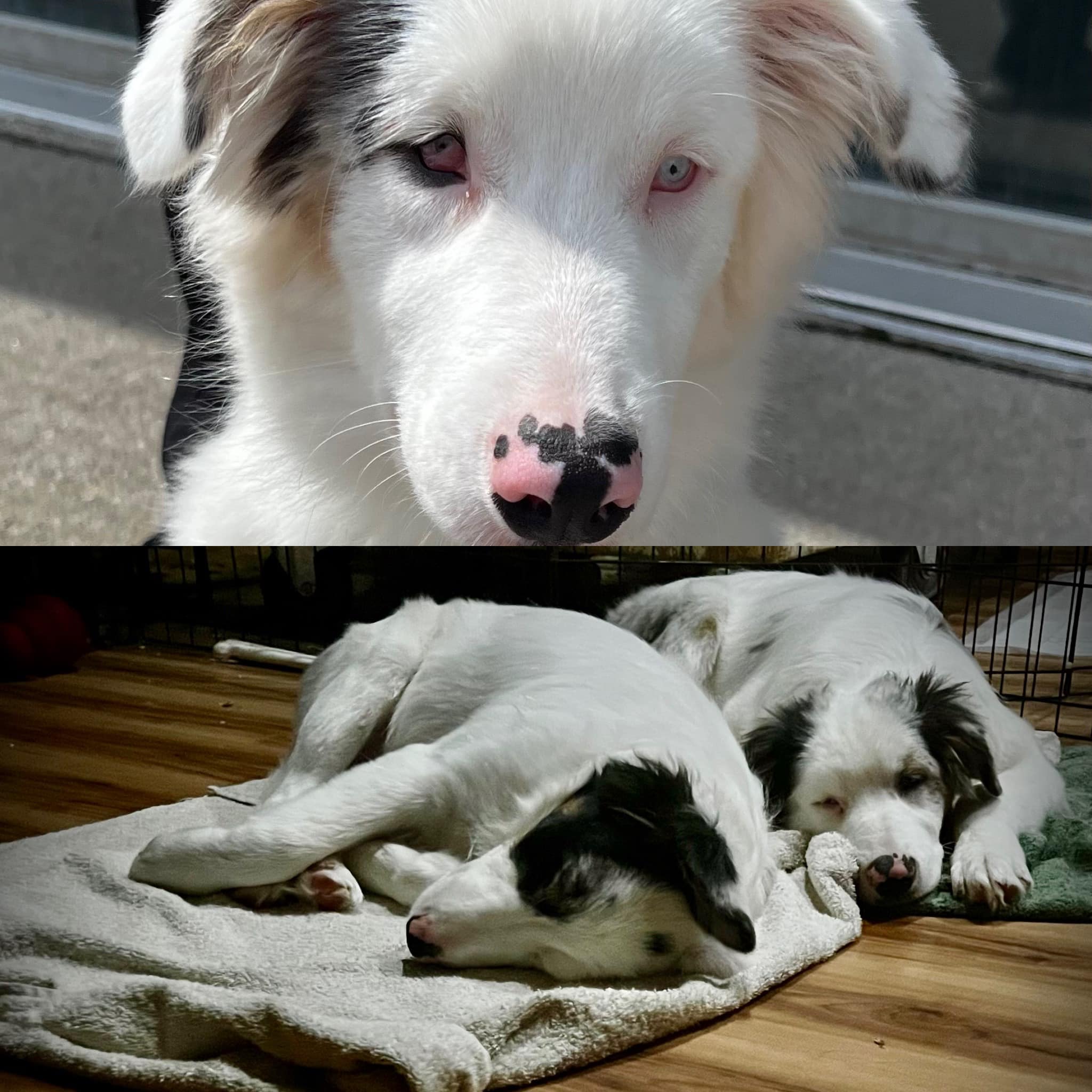