Three wee piggie tushes! The Three Company’s Aussie pups.
We are at 37 Dressler in Kanata until 3 pm today!!
Doing nails, glands & ears!
Collecting Empties & Canadian Tire $ too.
They look like they are in Fort Knox as Mr. Jack kept escaping. So, Cassy Montgomery had another xpen and we ended up having to put it on top & then a baby gate on another section….
Smart puppies!!
So nice to see them all together again….yet, as predicted Miss Janet is being pushed aside so, it was an excellent decision to move Mr. Jack to a foster home separate from his sisters.
He has been a turkey to Miss Janet. He is going to have to learn to be gentle and not ‘throw’ his bigger weight around…..bully behaviour is not permitted!
Mr. Jack is so people-oriented in addition to animal-oriented…. 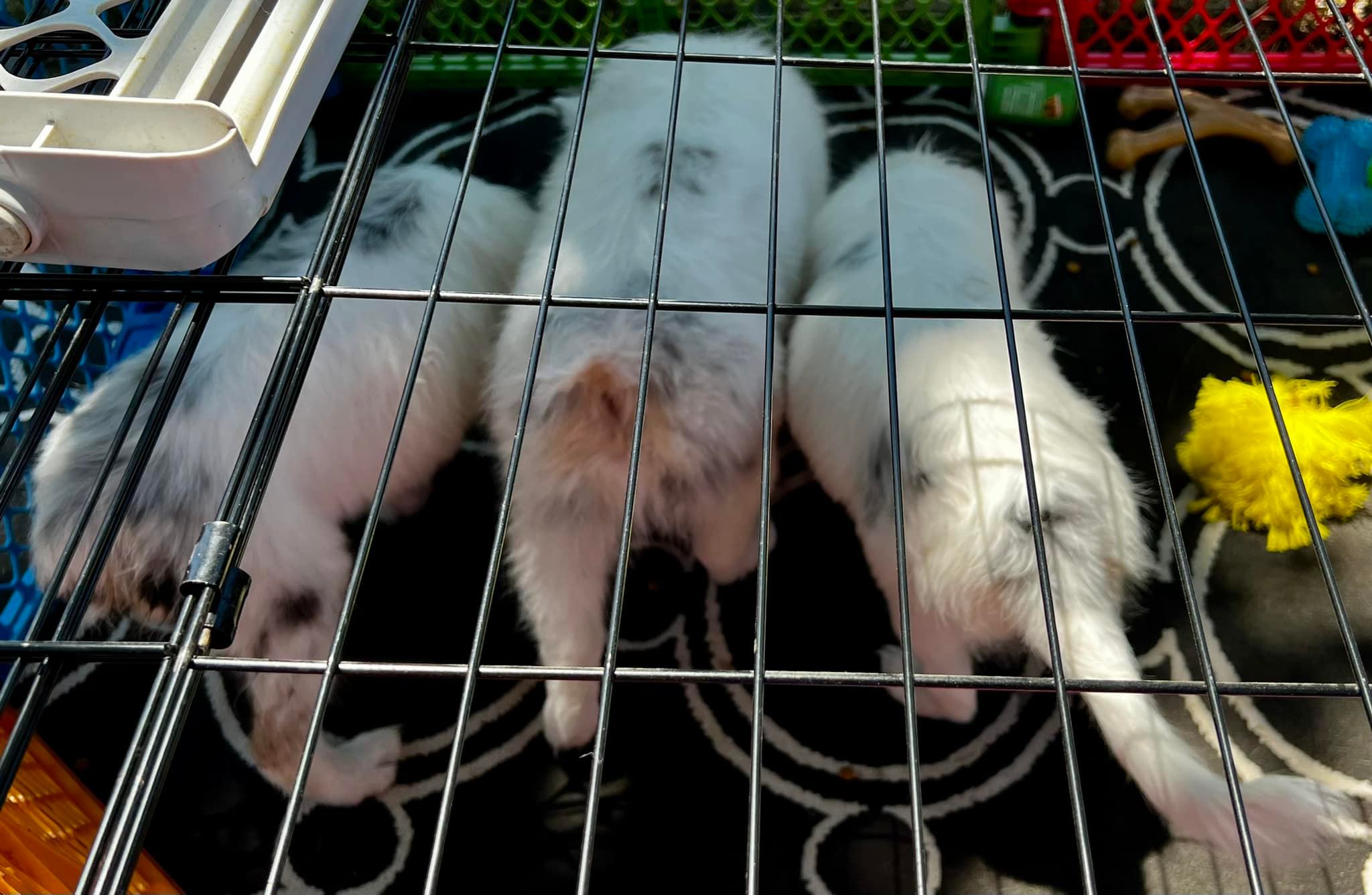