On December 8th, Miss Jamila had her own surgeries. She now weighs 53.1 kgs(116.82 pounds). She has put on over 10 kgs(22 pounds) of much-needed muscle mass/weight pous toned up since she arrived into our rescue.
The pics are bloody – heads up.
Miss Jamila had her mature spay, had two lumps removed, was microchipped, plus had a bilateral eye enucleation. She also had her nails – they were so overgrown upon arrival into rescue and we have been working hard on getting them under control. They were affecting her ability to walk on certain surfaces.
An ear cytology was also done and more medication was dispensed as she has battled chronic ear infections, which we first addressed while she was still in Egypt , then several times after her arrival to Canada.
Her surgeries were 3 hours and 2 minutes.
Per Gwennie, was her surgery tech that day, she was very stable right up until the end of her second eye enucleation. Her BP then began to drop. As vascular as her mature spay was – my god this poor girl had been bred so much – her eyes were even more so. Surprisingly so per Gwennie/the surgeon.
Her eyes, as is extremely common with the special needs (double merle Great Danes) were deeply recessed – the right more than the left plus she had a condition called Microphthalmia, which is a birth defect in which one or both eyes did not develop fully, so they are abnormal. This is also very common in the special needs Great Danes.
Miss Jamila suffered from chronic eye infections, cataracts, and we had been so worried about her getting glaucoma. The number of eye medications along with meds that we were using to keep her pain under control until we could get her healthy enough for these surgeries was not just costly yet vast.
Her surgeon had worried prior to doing her mature spay that her other surgeries may have to be aborted for that day depending on how bad it was yet, Miss Jamila proved herself to be a continued thrivor.
As with Miss Rosie, Miss Jamila has battled her own post op complications…..Gwennie will address those shortly.
It has been a week full of long days for us, and even longer nights for Gwennie to get Miss Rosie, and now Miss Jamila on their feet.
Gwen, you remain my hero. I cannot function well on less than 8 hours of sleep, and you are working on barely a couple of hours each night as you are so dedicated with a heart so big.
Double Merle Danes are not ‘rare’, they are very common, and if anyone knows of any that are in need, please do not hesitate to reach out to us….this is what we do, and have for close to 30 years now. There is no reason why these incredible animals cannot live amazing quality-filled lives in the right hands yet, they need their physical, medical, emotional, behavioral, training needs properly addressed.
In preparation to continue to set up Miss Jamila for success, Gwennie had been working on her scent plus touch training – Miss Jamila is deaf and was pretty much blind upon arrival.
After paying off our Vet bills last week which included a big porcupine encounter for Mr. Fred – close to $12,000, we are still just under $1,100 owing for Miss Rosie & Miss Jamila. We have scrimped, we have saved, we have been blessed with donations on fundraisers, and we are almost there!
If anyone would like to assist two very deserving Dogs with a Christmas wish, donations can be made direct to Liston Animal Hospital at 613-591-0966
OR via PayPal to gwen@birchhaven.org
OR via email transfer to contactbhrr@gmail.com
We would be humbled…..we have until the end of December to clear our accounts, and are not able to assist any more deserving dogs in need until our financial situation is stronger….. 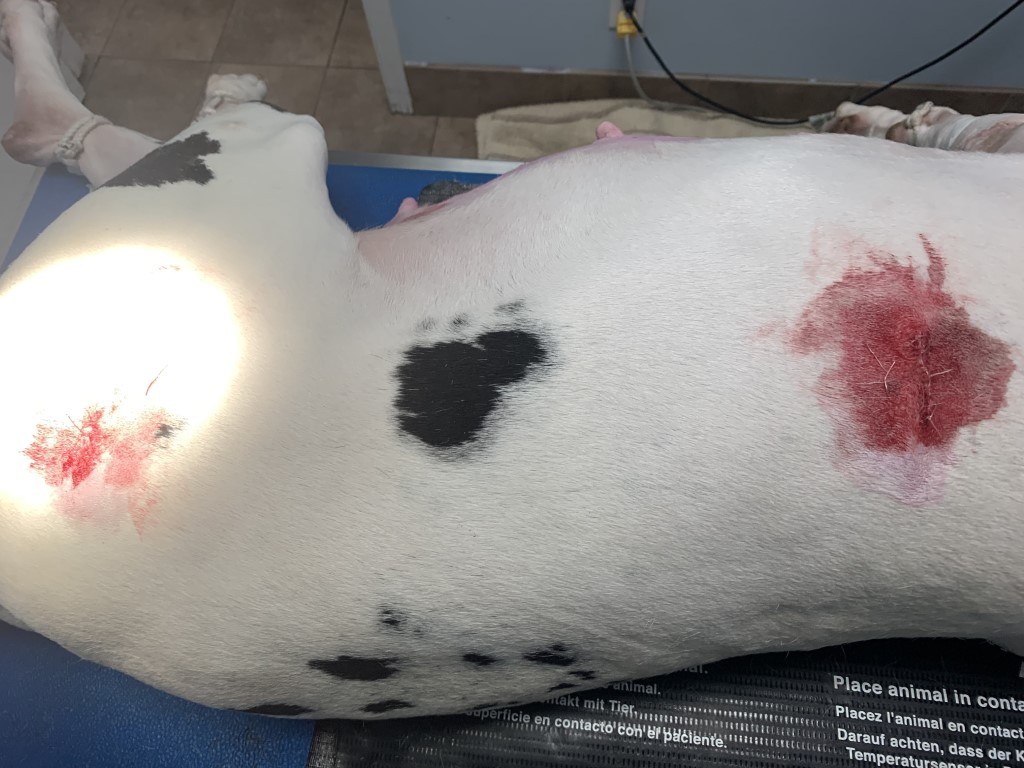 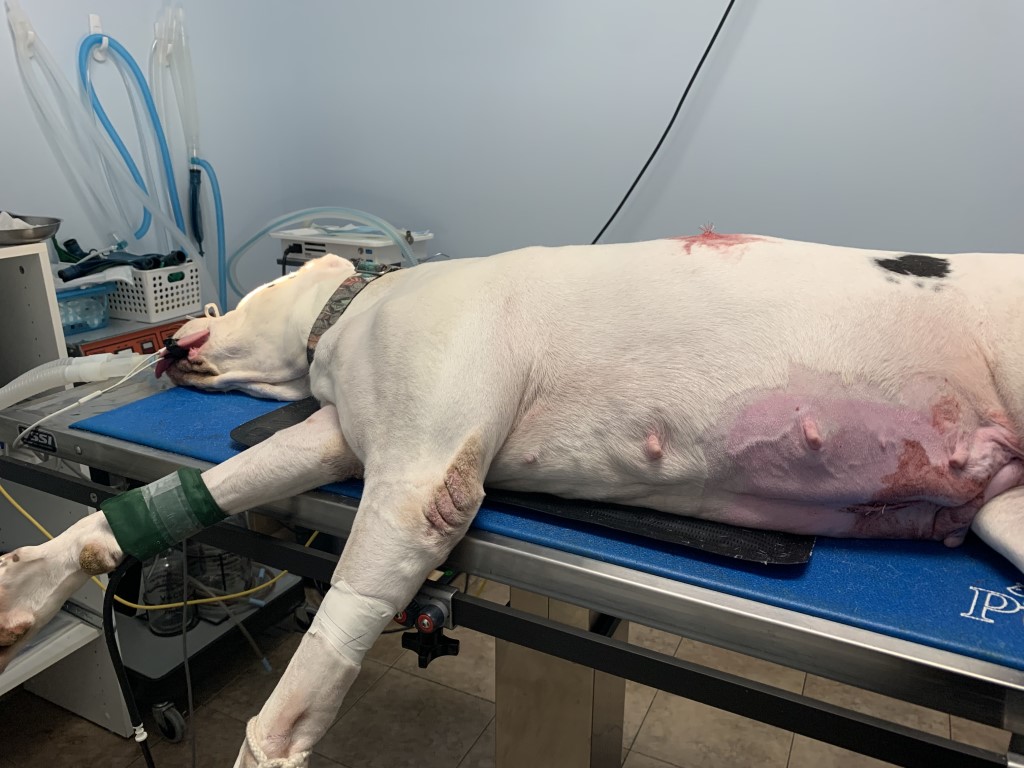 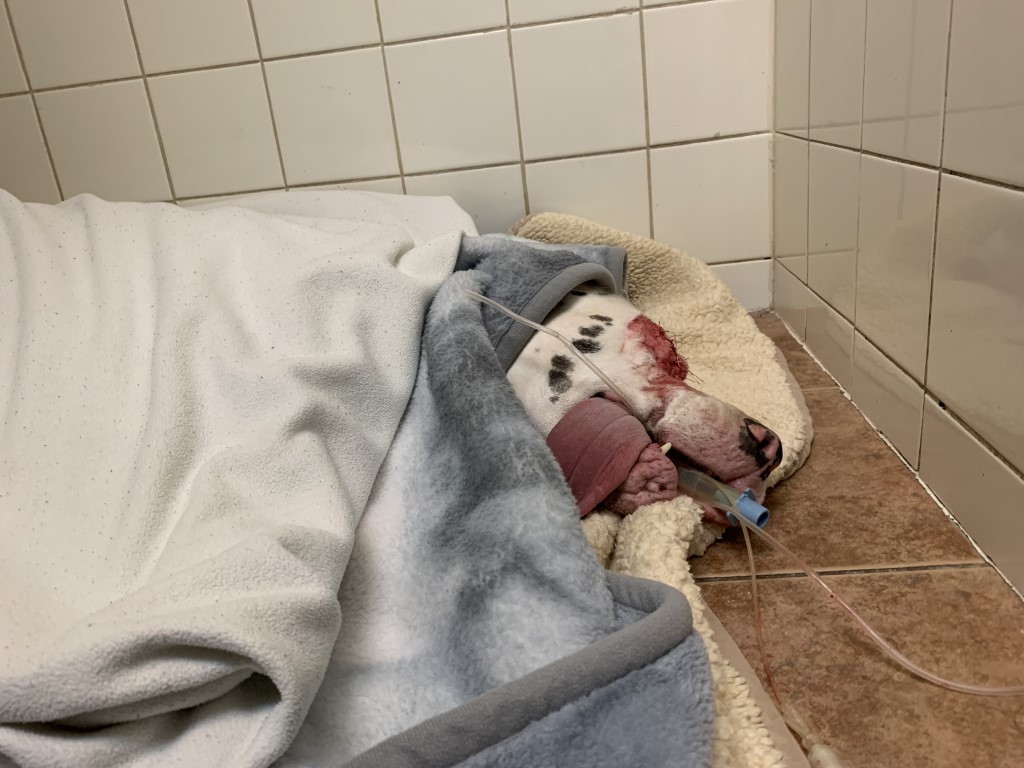