BHRR’s Romeo!
Someone is now up to 31.5 pounds.
As some are now aware, on March 11th, he was at the Vet with his foster family as he has been having frequent episodes of diluted urination.
He had an exam, two S.G.(specific gravity) tests, bloodwork including Chem 15, electrolytes and a repeat CBC(we had one done in Tenn). He was given more de-wormer and just this past week, another flea/tick treatment.
The Vet at the Hospital did an u/s and and did not find anything significant – right kidney was normal and while they could not appreciate the left kidney, nothing abnormal was noted.
Once he arrives to us, we will discuss with our own Vet Teams in re: to doing a urine c&s per the recommendation made if necessary.
I think this picture is going to go down as one of my all time favs!!! I hear these two are quite the pair! I am truly loving the updates being sent by his awesome foster home! We remain immensely grateful to them for all that they are doing for this amazing pup!
Once he does arrive to us in early April, he is scheduled to see our Vet Team for his boosters etc. on April 6th. If all remains going well, he should be ready to make his own special announcement around April 20th. 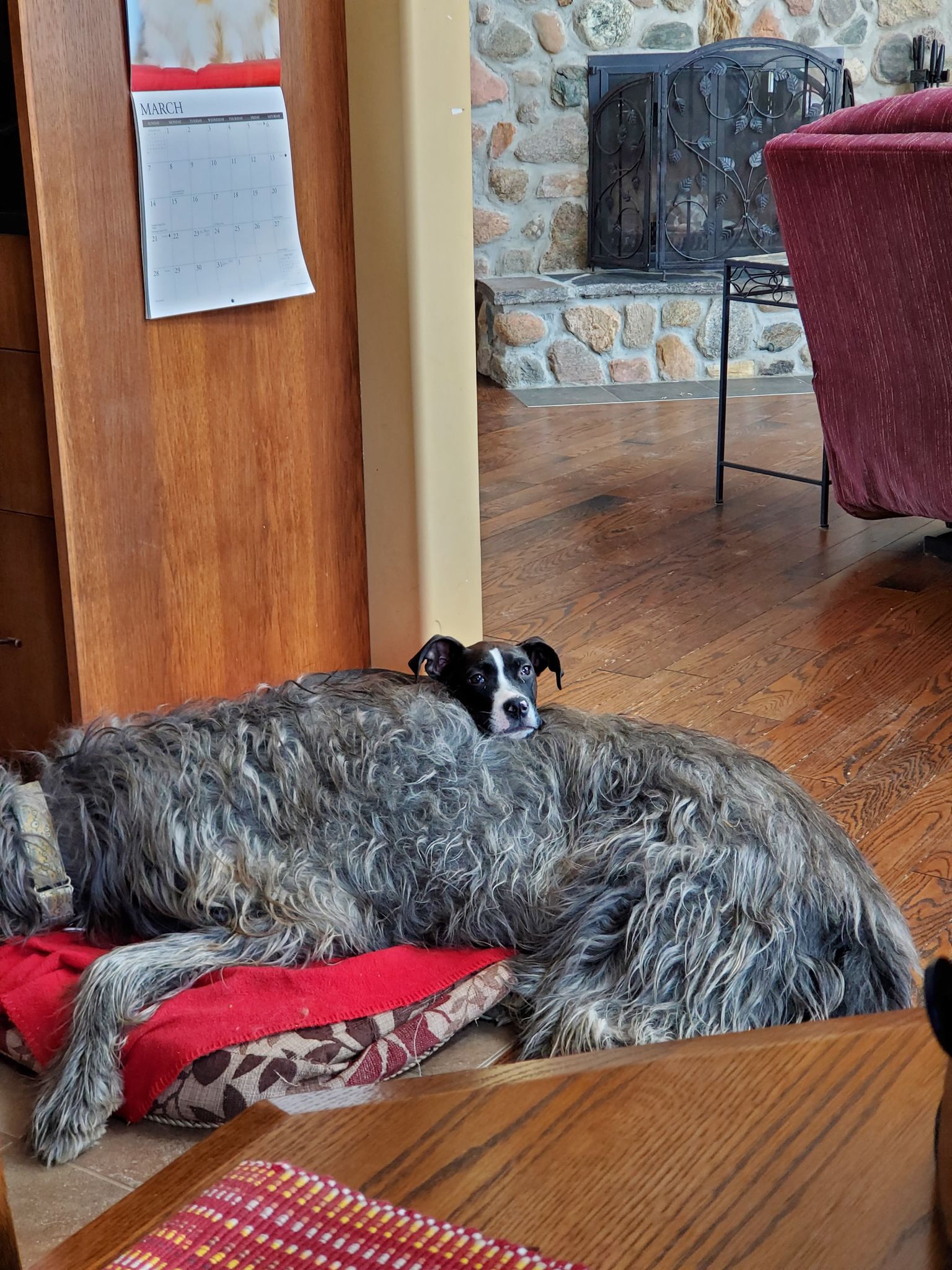