BHRR’s Rocket(Deaf/Visually Impaired GD) says ‘whatcha doin’!?
Today, he was at LAH for his recheck. As most are now aware, he bloated last weekend and to have some good news come out of this past week of nightmares makes Sean/I slump our shoulders with a bit of relief.
We are not yet ready to post of the not 1, yet 2 devastating BHRR Haven Dog losses this past week and we do promise to do that shortly.
We also remain eternally grateful to Hospitals such as EVC and LAH for being there in our time of need. Additionally, we remain incredibly thankful to the Vets including Dr. Ammar for stating so clearly ‘that I did everything’ while looking directly at me after he walked into the exam room.
As I responded to him, we certainly tried and tried hard as this is what we do to be there for such deserving animals like these two and each time I was told that there was so many things that were medically wrong with these amazing dogs and that we did everything right…..Quality of life…quality of life.
We work so hard to go up and beyond and do right by each and every animal that crosses our doors.
Every single Vet and Specialist involved that spanned no less than 5 Hospitals strongly recommended/encouraged plus advised to make the humane euthanasia decision and supported us immensely when it was time to say good-bye.
It reinforced what we knew to be right and gave us some strength to draw upon, to stand up and do what these two beauties needed us to do.
In the meantime, we want to post this good update:
Mr. Rocket now weighs 45.1 kgs(99.22 pounds) which is up 11.22 pounds from his last weight. Slow but sure buddy, slow but sure!
This means since he arrived into our rescue program, he has put on 31.72 pounds.
He is still thin yet, he looks miles better than he once did plus as a young growing Great Dane, he will need to keep putting on more weight.
He was given a big thumbs and was deemed healthy enough to finally begin his vaccine protocol.
He will be de-wormed again tomorrow.
He and Mr. Porthos are now also scheduled for their neuters the second week of March.
We also wanted to impart that there was a cancellation on February 23rd for Dr. Philibert and Mr. Symba’s 2nd TPLO surgery is now scheduled for that day. Moved up from May 4th. So, we are in a desperate mode trying to figure out the remaining funds needed for his surgery.
Sean and I are deferring two mortgage payments – we can do so once a year – yet, we are still going to be short $2,100 for his second necessary surgery.
I also received three very generous donations from caring kind rescue angels for my Birthday that totalled $450. That will be put towards the bills that still remain for the two BHRR dogs that have now left us.
If anyone may consider Mr. Symba’s bills to donate to: Donations can be made direct to Liston Animal Hospital: 613-591-0966
OR via PayPal to gwen@birchhaven.org
OR via email transfer to contactbhrr@gmail.com
*please do advise of the password

AND we also wanted to post that yes, we are aware of the brewing situation of a hoarding GD case and we were reached out directly by the authorities involved. We are on standby as needed. With a lot of experience/knowledge working with hoarding plus puppymill situations; we know that that this will be a long drawn out situation as the courts do what they need to do in order to make sure that there are not any loopholes or things missed.

As what was stated in Sean’s end of years statement plus posted on this page, we know that there will be the exception made as we transition BHRR.

In knowing that many of these Danes are also special needs; we are in a stand by mode to help as needed……we will post as more unfolds and waht/if BHRR will be helping out with. 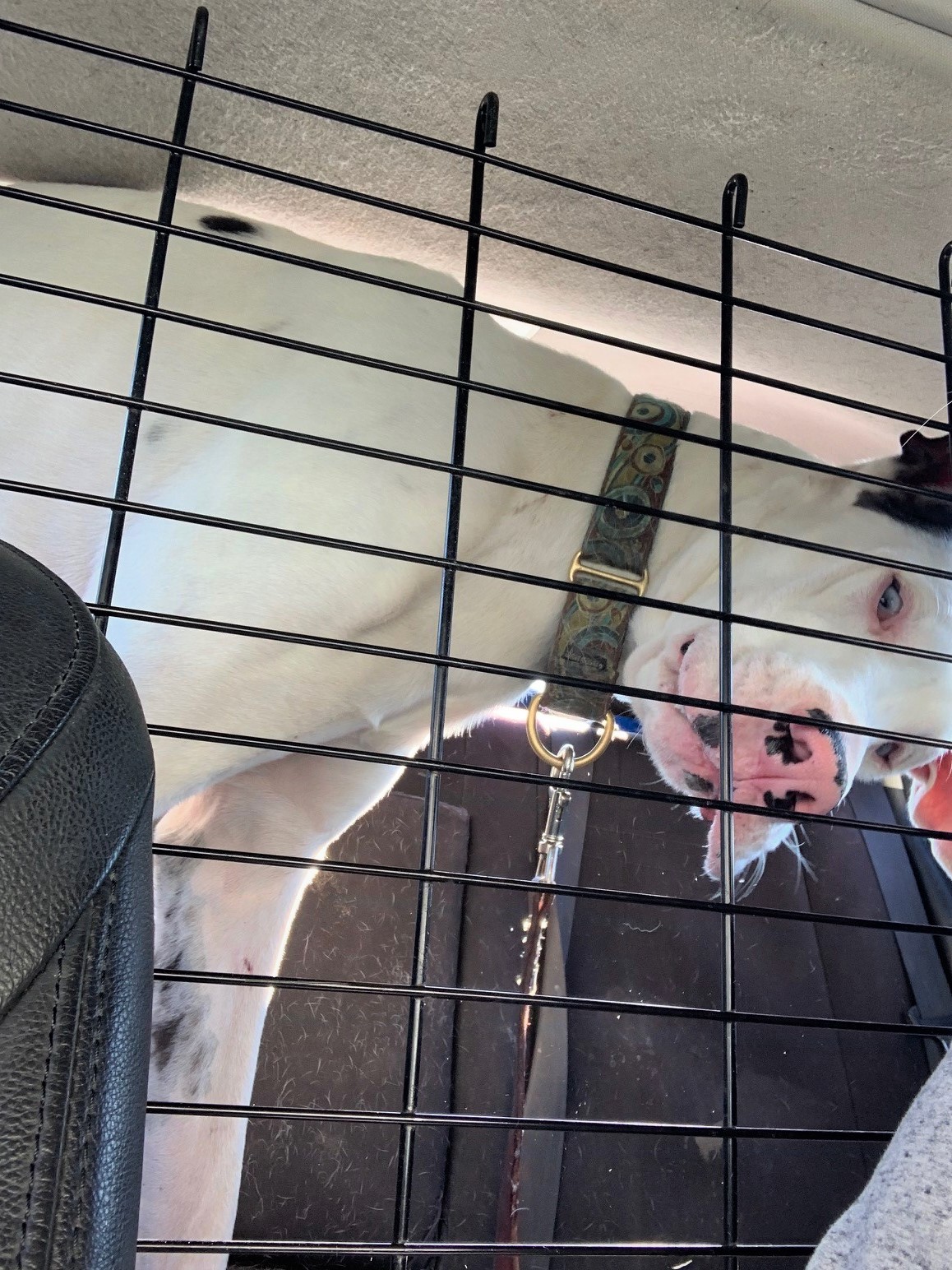