This picture really demonstrates the huge difference between the two litter-mates!

My sight as I was going up the stairs with clean laundry!

Summit as posted recently is now just under 40″ at the whithers and still growing. Being taller or bigger is not a great thing whatsoever…..it is harder on their joints and hearts – and Summit already has heart issues. We work to keep him lean and muscled.

BHRR’s Sleet, his sister is no small Dane herself at almost 110-115 pounds and almost 34″ at the whithers yet, the size difference between them is so apparent.

They turned 2 years old on October 21st and remain miracle Danes in so many ways…..

They also wished to update everyone to keep everything crossed that the 3 Musketeers – a rescue that we have worked on since July(they were placed in emerge foster care to become healthy – they were weak/emaciated upon being rescued) – arrive safely on Saturday. Two of the three of those Great Danes are deaf/visually impaired themselves. 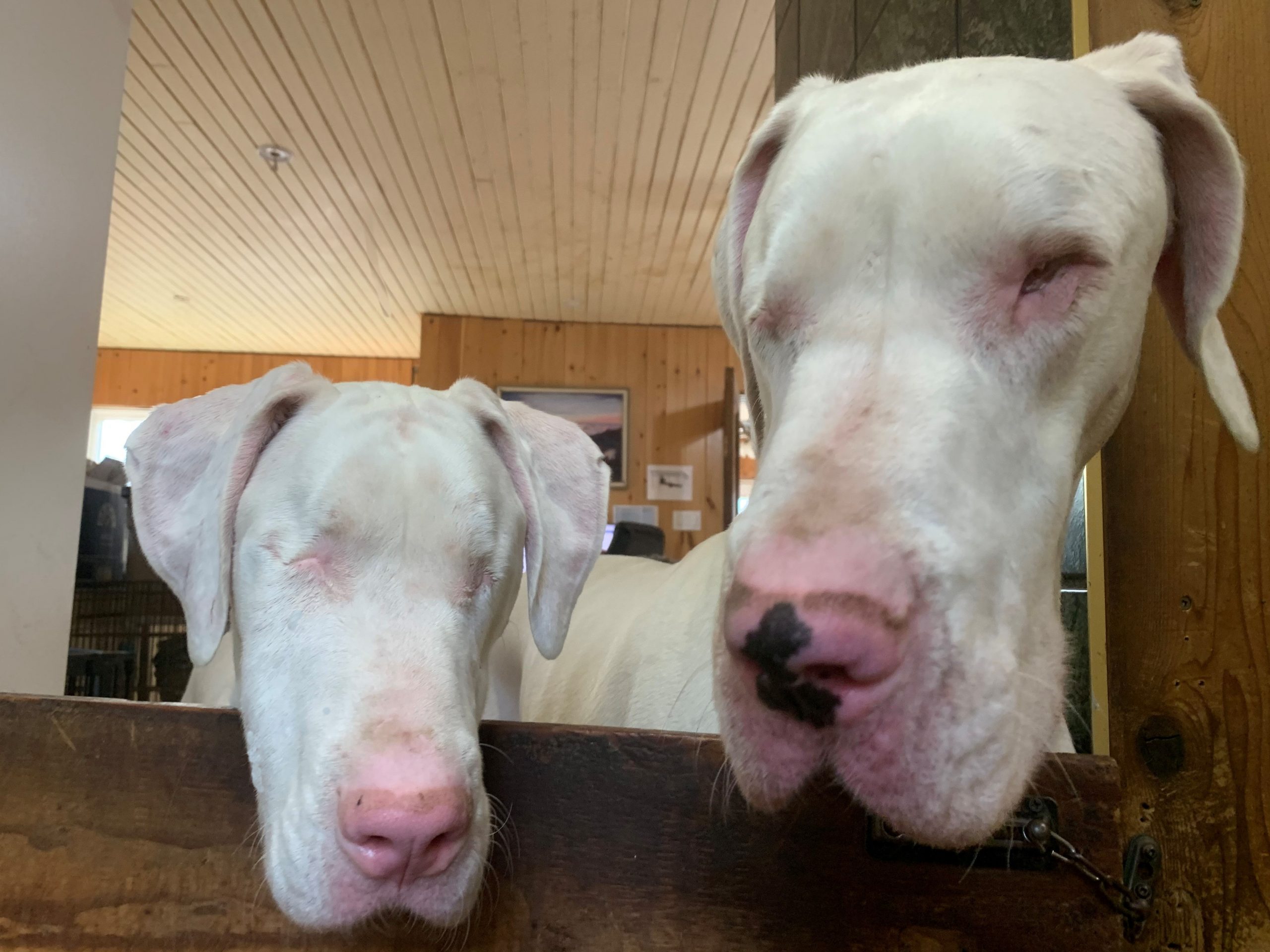