He had his recheck on Tuesday June 2nd!

He is doing great yet, still needs some medical rehab care since his bilateral entropion surgery – he is still on medications for his eyes as during his latest recheck, he was found to be battling an eye infection in his right eye. He also has eye lube.

He will need at least one more recheck for his eyes, we are slowly weaning him off of the pred and he remains on his thyro tabs plus a fish based kibble.

LOOK how amazing he now looks and according to his wonderful foster Mama and I have seen this several times myself, he is feeling super too!

He is doing really well with people – I noted at his latest recheck how much more calm and accepting he was of everyone. His tail was down yet, not tucked right up under his belly.

He did not have any reaction to the dogs that he has seen at work at his recheck nor with our clinic cat.

Careful integration as always is key!

He has been doing great with the other dog in the home plus their cat that he is being currently fostered in. Due to lack of socialization in his previous home; he has been scared/slightly reactive – a few growls – at strange dogs when he first arrived.

AMAZING progress! He will be back for another recheck in 10 days or so and then it will be time to work on his muscle mass/toning of his hind end.

He has been making a lot of lovely fans and friends since his time with BHRR and his personality is starting to really shine!

AND this is what your support and belief in us enables us to do!!!! To be here for special needs like him!!!! THANK YOU! 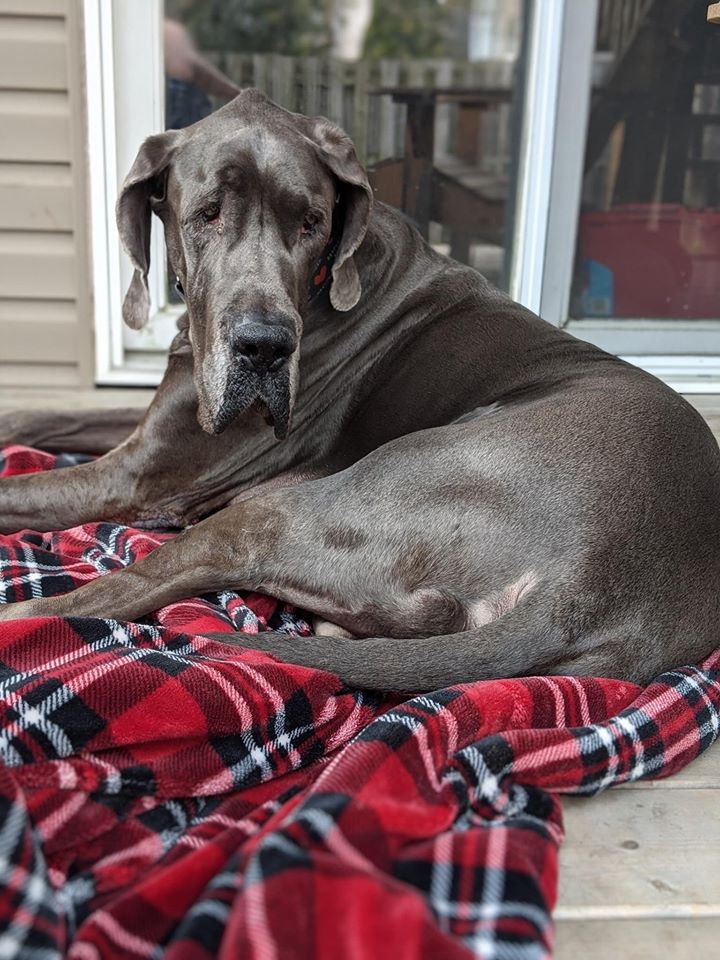