Waking up for surgery! That tongue!  Freakin’ awesome adorable!

So, as he is finally at a healthy weight, we could move forward in putting him under to begin the diagnosis process on those hips and knees.

From when we were first contacted to assist him and he was at the Vet in Tenn., this once emaciated boy has put on 28.82 pounds. Does he still need more weight, for sure yet as he is also a young maturing Dane, that will come in time.

Thumbs up to his emerge foster home for doing such a great job! As I told them again last night when I picked up BHRR’s Connery, while his foster mama felt so terrible about what had happened, BHRR’s Connery was saved because they had stepped up to emerge temp him when we posted our urgent need.

While we all may wish that what happened did not, it did and we must move forward. He has been placed in our Haven Program and while he was not scheduled to come back to me for another 5 weeks, he has settled back into my home so well.

Today, we did his x-rays on his hips plus knees and some of his lower back was also captured. His hips plus knees were also thoroughly examined by his lovely surgeon and their findings plus the x-rays shall be sent off to our favourite specialist, Dr. Philibert to also review.

In the meantime, we can post that he does have some notable spondylosis in what was captured in his spine x-rays and Dr. Philibert may ask us, after reviewing them, to bring him back in for further x-rays of his spine and we will gladly do so.

Dr. Philibert shall advise as to his own findings re: BHRR’s Connery’s knees and hips etc. We need to diagnose why his hind end is the way it is plus that back left leg.

BHRR’s Connery is the emaciated Great Dane that two Vets also believed had been hit by a car and was untreated prior to his rescue angels picking him up and then reaching out to BHRR. Samantha and Karen are his first rescue angels and I am truly so appreciative to them!

This boy came from a horrendous location and how awful that he was left so neglected and abused….

BHRR’s Connery’s wounds have now all healed up and he is almost done his course of antibiotics for his one leg wound and his eyes look good, so those meds are now stopped.

We de-twinkled him today and he was microchipped. He was such a good boy!

As he weighs more, to keep him on a great pain management regime, his dosing of Gabapentin has gone up and we have an order of almost $300 in more meds placed. He will remain on the Deramaxx daily too.

His Vet Bills including his meds are over $1,000 for today and if anyone may consider his cause, you can donate direct to Kanata Animal Hospital 613-836-2848

CLICK Here to view the 12 amazing items is below and if anyone may have something they may consider donating to our next flash auction, please do email gwen@birchhaven.org

As always, thank you’s being shouted out for any consideration! 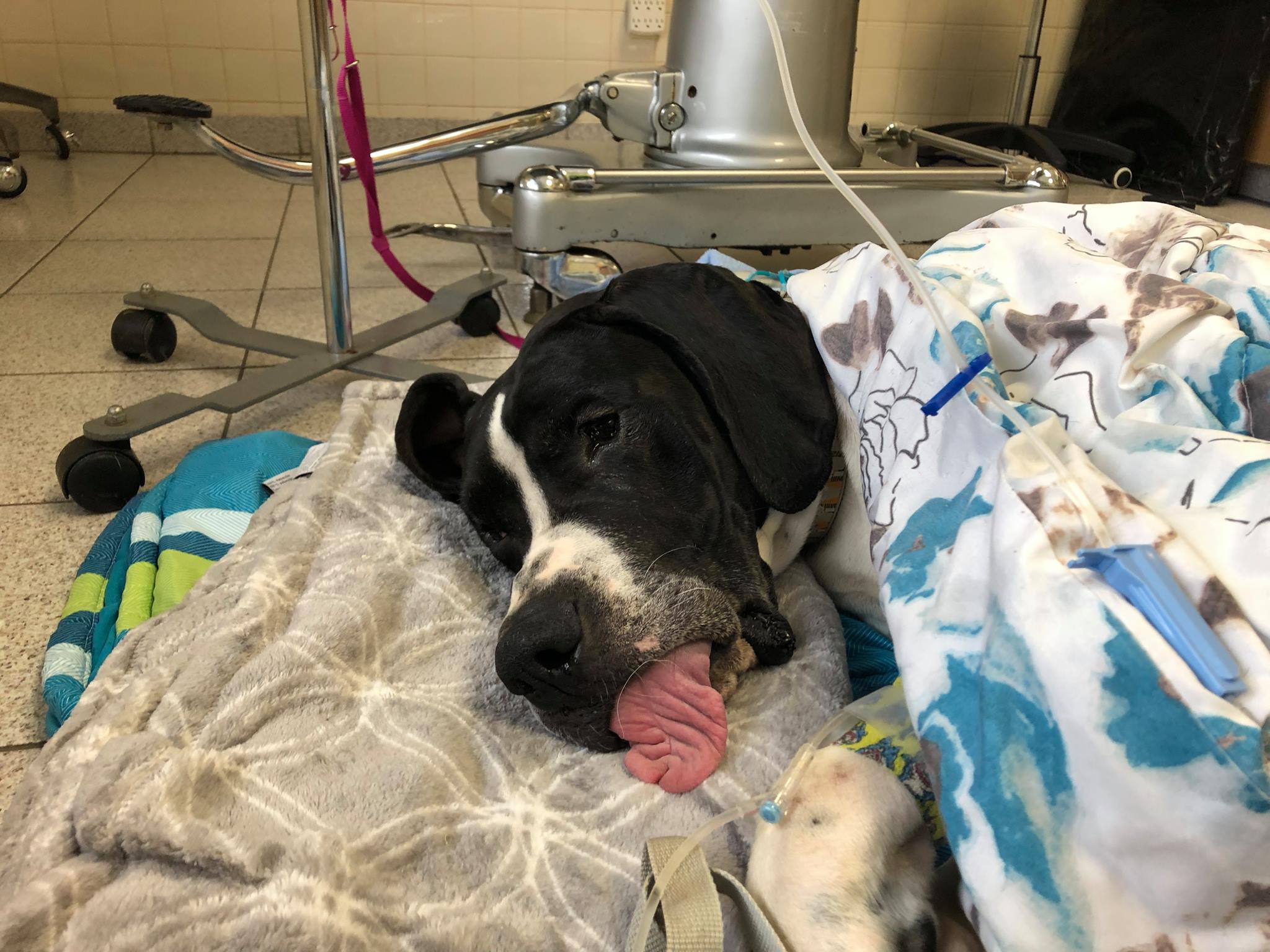