On Monday October 8th, Alta Vista felt that BHRR’s Bane was clinically medically ready to leave the ICU – he had been in the ICU for 8 days.

I asked when was the last time he was weighed and I was told he was due to be weighed again and I weighed him and he was ONLY 43 kgs. I was incredibly alarmed.

The amazing team at Alta Vista felt that clinically he was doing better and that they were not in a position to give him the 24/7 TLC he now needed.

So, on Tuesday October 9th, he was transferred to the wonderful Kanata Animal Hospital where I put him in a coat – body score 1/9 – as he has zero fat and no cushion.

He spends his days at KAH on IV fluids and Burprenorphine was added IV as the Tramadol plus Gabapentin being given orally is not covering his back pain. He remains on antibiotics and metro, forti flora etc. too.

He spends his nights with me on fluids/meds(second photo) so I can continue his 24/7 round the clock care. We have the radiant floor heating on for him and he is toasty warm and does not need the coat at home.

His first reading of his CT scan – done on October 6th – had a re-reading with the results sent to KAH on the 11th.

One of the Vets on his team at KAH called to discuss the results and the Vet also reviewed in depth his x-rays taken during his time at VEC Toronto and stated that he can see Discospondylitis. Discospondylitis, also spelled as diskospondylitis, is an infection of the vertebrae and the surrounding cartilaginous discs. It is also referred to as vertebral osteomyelitis and the swelling created by this disease can cause severe pain as well as nerve damage in afflicted dogs if left untreated.

He had the CT Scan due to the crepitus and extreme pain he was in and suspected trauma. The CT Scan also revealed some compression and disc herniation.

We need to know if the organism found in his U&C testing for his severe UTI/Kidney/Bladder infection (he also has battled sepsis) is the same one that is in his spine. We were told that an infection can travel from the kidneys to the spine if it was bad enough.

If it is a different organism, he will require an additional antibiotic.

He will require antibiotics for up to 6 months to treat that infection from what both Alta Vista AH and KAH informed me.

We also need to know re: his back for possible surgery.

He is scheduled to see Dr. Jull, the Neurologist – the only one in Ottawa – to figure out the next steps based upon his CT results.

This dog was severely neglected and abused and it has been like pieces of a truly difficult puzzle working to fit them together to figure out how to best assist him. He does not have just one or two things that have been wrongly done to him.

He has a team of Vets/Specialists that span 4 Hospitals to date.

AND every single person that has met him has fallen so in love with him….

He certainly can tell you what he wants and is thinking without saying one word!

NO dog deserves to have been treated so badly and his bills to date are now over $10,500 and will continue to rise as we help him fight this good fight.

We remain incredibly humbled plus forever indebted to everyone that has shared their best wishes and/or sent a donation.

OR via PayPal to gwen@birchhaven.org(please use the friend & family option so we do not pay fees).

We will be repeating his bloodwork on Tuesday too.

AND to those that think he is not worthy, I am sorry but he is…he did not ask for anything bad to happen to him….he did not ask to be treated so horribly and when I see his tail wag for me and I get a slobby kiss, I become that much more committed in doing what is in his best interest.

I value immensely what his Vet Team has been advising and no one feels that he should be given up on. NO one.

Today, was a good eating and drinking on his own day and we will take the small victories as they come our/his way. 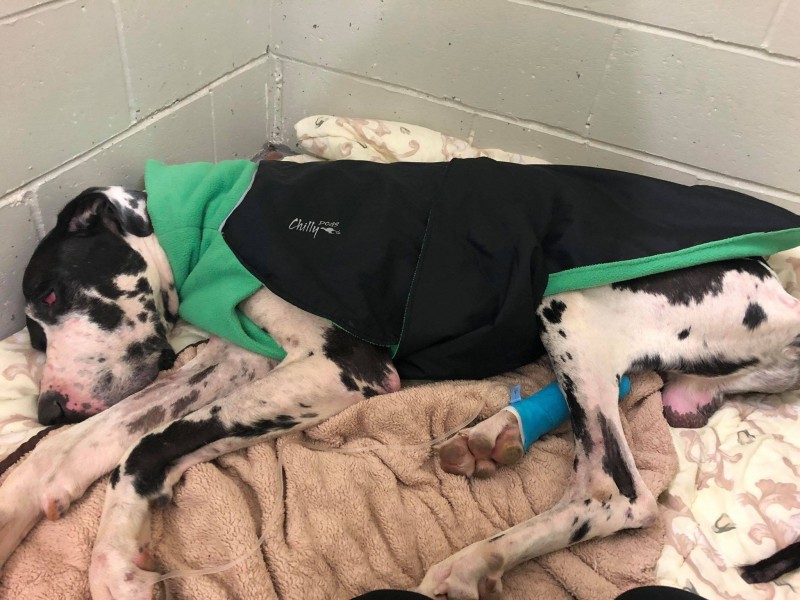 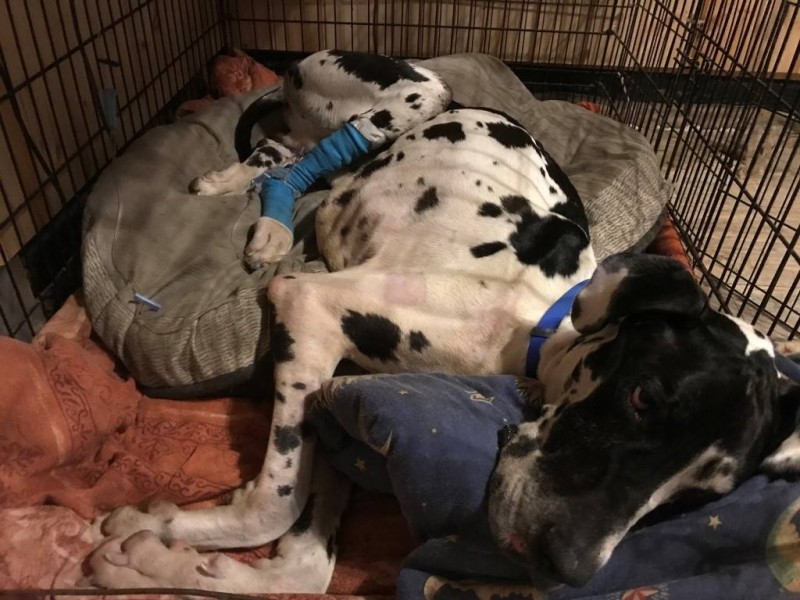